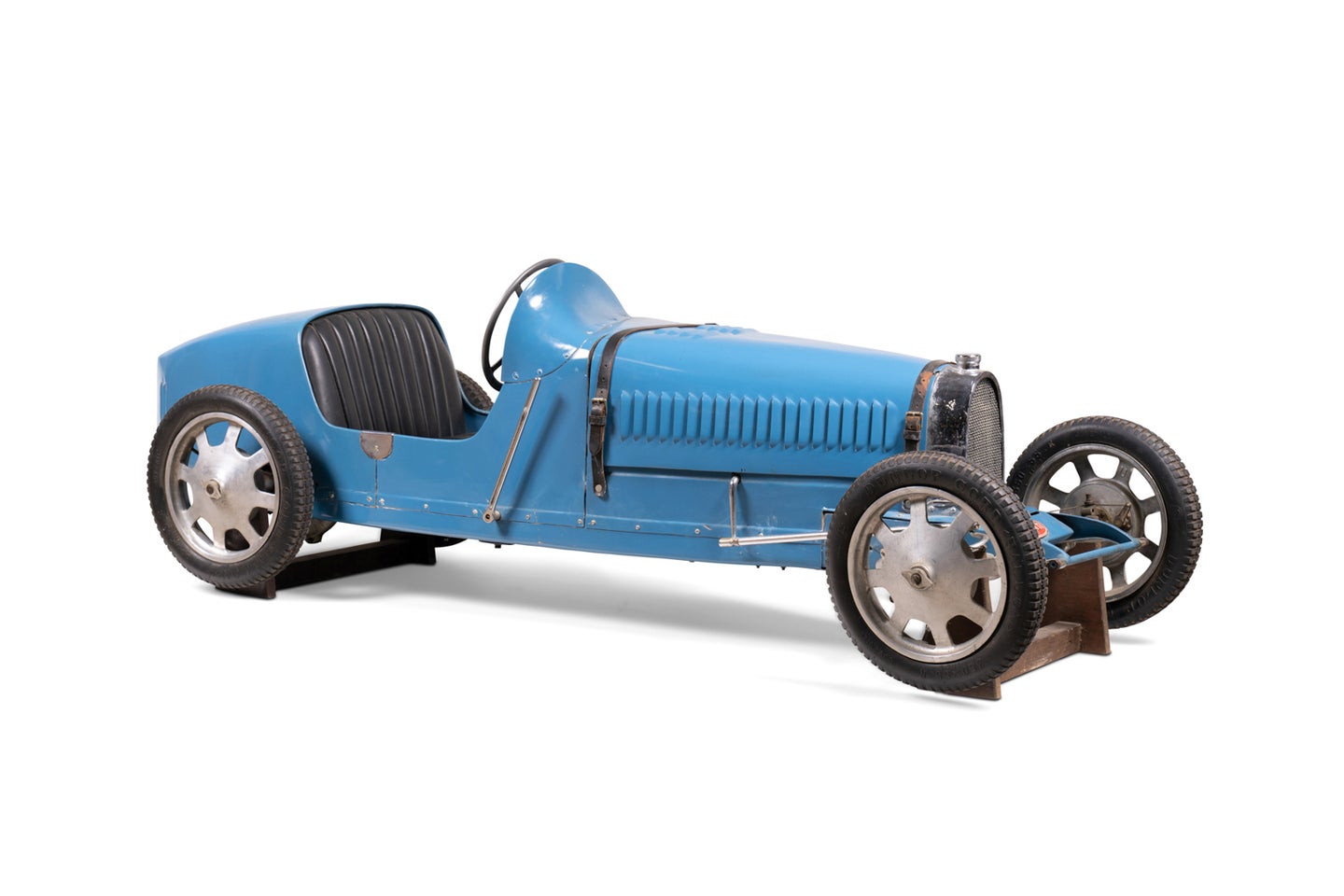 Faithful Bugatti fans are called Bugattiste and any such fans are about to be very excited about an upcoming Gooding & Company auction, which features one of the most impressive collections of Bugatti memorabilia in the world. One passionate collector has been acquiring some of the rarest, most valuable pieces of Bugatti history since the 1950s, when they joined the Bugatti Owner’s Club. And it’s all going up for auction on Monday, November 7, which will last until Friday, November 18.

Some of the pieces in the collection are personal to the man himself, Ettore Bugatti. You can bid on one of his own Motsch Fils top hats, which comes with its original box and his initials sewn inside the crown, and original sections of his hand-written memoir. If you’re more interested in cars, and not Ettore’s own clothing, one of the more interesting items in the collection is the 1946 Bugatti Type 75 You-You boat. The You-You boat was designed by Ettore himself and was built in his Maisons-Laffitte shipyard, following the second World War. It’s believed that fewer than 30 were ever built and only a handful still exist, which makes it incredibly special for the Bugattiste.

Another simply awesome piece of Bugatti history up for auction is a 1933 Bugatti Type 52 Bebe. The ’33 Bebe, meaning “baby” in French, is an electric Bugatti made for children, which would be an awesome vintage collectible. It even comes with vintage children’s goggles, as the Type 52 lacks a windscreen, and the original electrical diagram. The Type 52 Bebe was owned by Richard ‘Dick’ Teague, Vice President of Styling at American Motors, whose son used to drive the car regularly, as seen in photos that come with the car.

As a watch nerd, the item that fascinates me most from this collection is the Breguet chronograph commissioned by Ettore Bugatti himself. The clock was designed for use in the steering wheel of the Bugatti Type 41 Royale and features a “Special Pour Bugatti” inscription.

However, potentially the most historically significant part of the collection is the personal photo album of Elizabeth Junek, the first woman to ever win a grand prix. She also competed in the Targa Florio in a Bugatti and her photo album includes hand-drawn maps and notes of the course. Her collection also includes signed notes and photos from other drivers, such as Achille Varzi and Juan Manuel Fangio. There’s even a signed card from Enzo Ferrari.

The collector of these pieces put their heart, soul, and time into acquiring them. They used to put out ads in the Alsace region of France, in hopes to find collectible pieces. When they met with the people who answered the ads, not only would they add the pieces to their collection but they’d also get the stories behind the pieces, too. So there’s real life to this collection, real passion. It isn’t just an accumulation of valuable items.

If you’re a real Bugattiste, this collection is truly mouth-watering. But it’s even fascinating for non-Bugatti-obsessed car enthusiasts, as it offers a rare look into the history of Bugatti, one of the most iconic automakers in history.

The post Standout Collection of Bugatti-Themed Memorabilia Heads to Auction appeared first on The Drive.