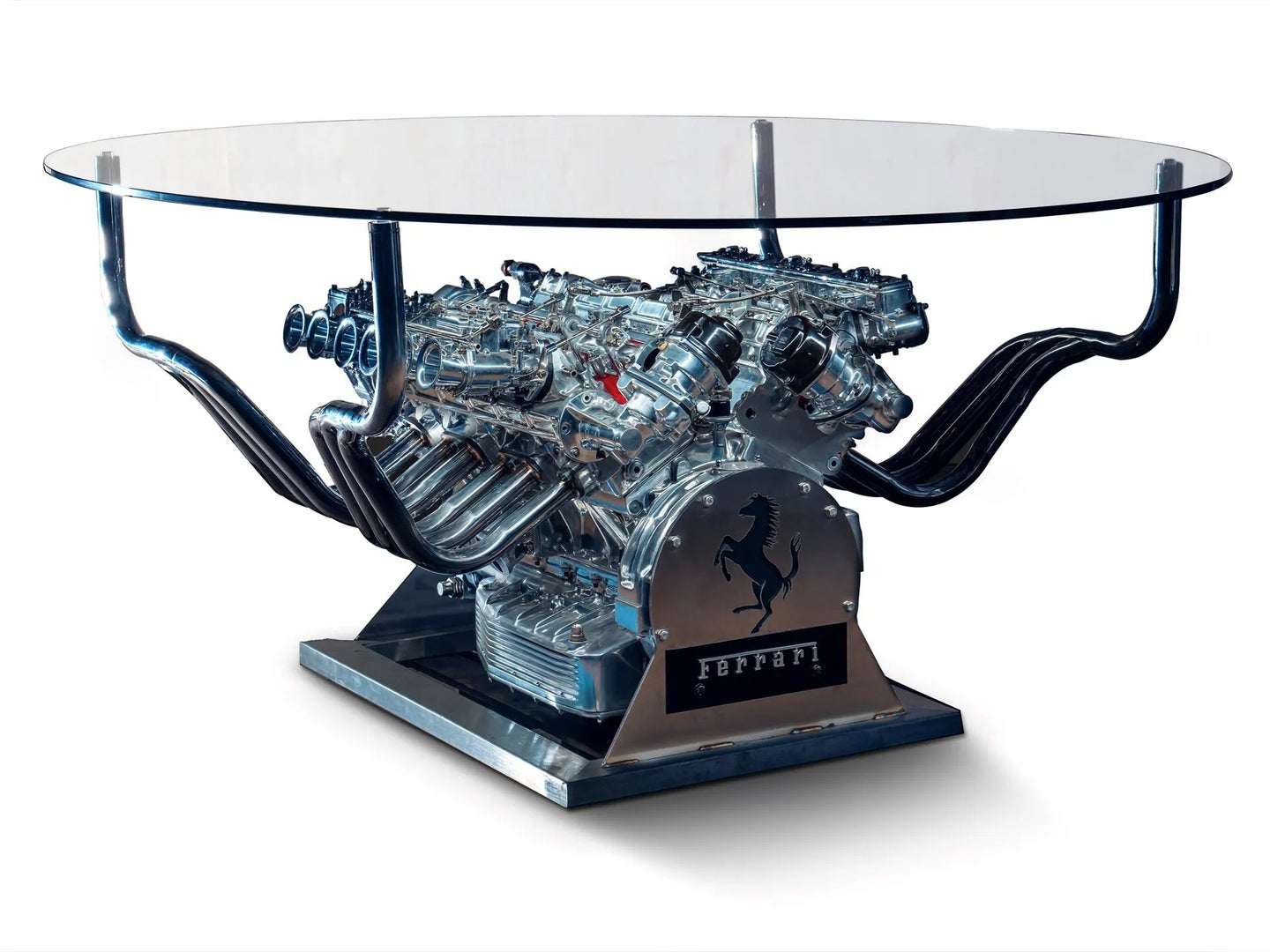 And the big issue is having a vibe that matches the aesthetic of the engine block table. It’s not like you can throw a blown Subaru EJ25 into a mid-century modern home. Nor could a small-block Chevy exist in a brutalist living room. There are maybe two vibes for an engine-based table: a chrome and flames 50’s diner sitting room and a brass-era piston engine in some strange Baroque-Art Deco hybrid dining room. Or maybe that’s just me.

This particular Ferrari V12 table was perplexing at first glance. It didn’t look like any Ferrari V12 I’ve seen, with the Colombo V12 being the closest match in vintage. Most Colombo’s have downdraft carburetors, giving it those iconic 12 velocity stacks, and the valve covers are distinctly different to this engine. But some supremely pedantic googling led me to the extremely rare and cool Ferrari 365 GTC/4.

Only 505 of the cars were built and, as far as I can tell, it has one of the most unique variations of the Colombo V12. Instead of the normal downdraft carburetors, it has a set of sidedraft carbs that feed through the middle of the cylinder head, directly to the intake valve. It is the single strangest induction system I’ve ever seen, making this engine block table extremely rare and weird. The giveaways for it being a GTC/4 engine were the carbs and the distinctive oil pan.

Sadly, you can’t bring this rare lump of metal back. It has no internals, but it does have a custom exhaust setup that allows for table height adjustment. Visually, it’s a bit…much. But it’s a Ferrari V12 coffee table. RM Sotheby’s is offering it without reserve in Miami Beach, Florida, and the estimated sales price is a staggering $30,000 to $60,000. Whether this weird, rare, and blingy engine table is worth it is up to whoever buys it today.

The post Stare at This Ferrari V12 While Having Another Miserable Family Holiday Dinner appeared first on The Drive.