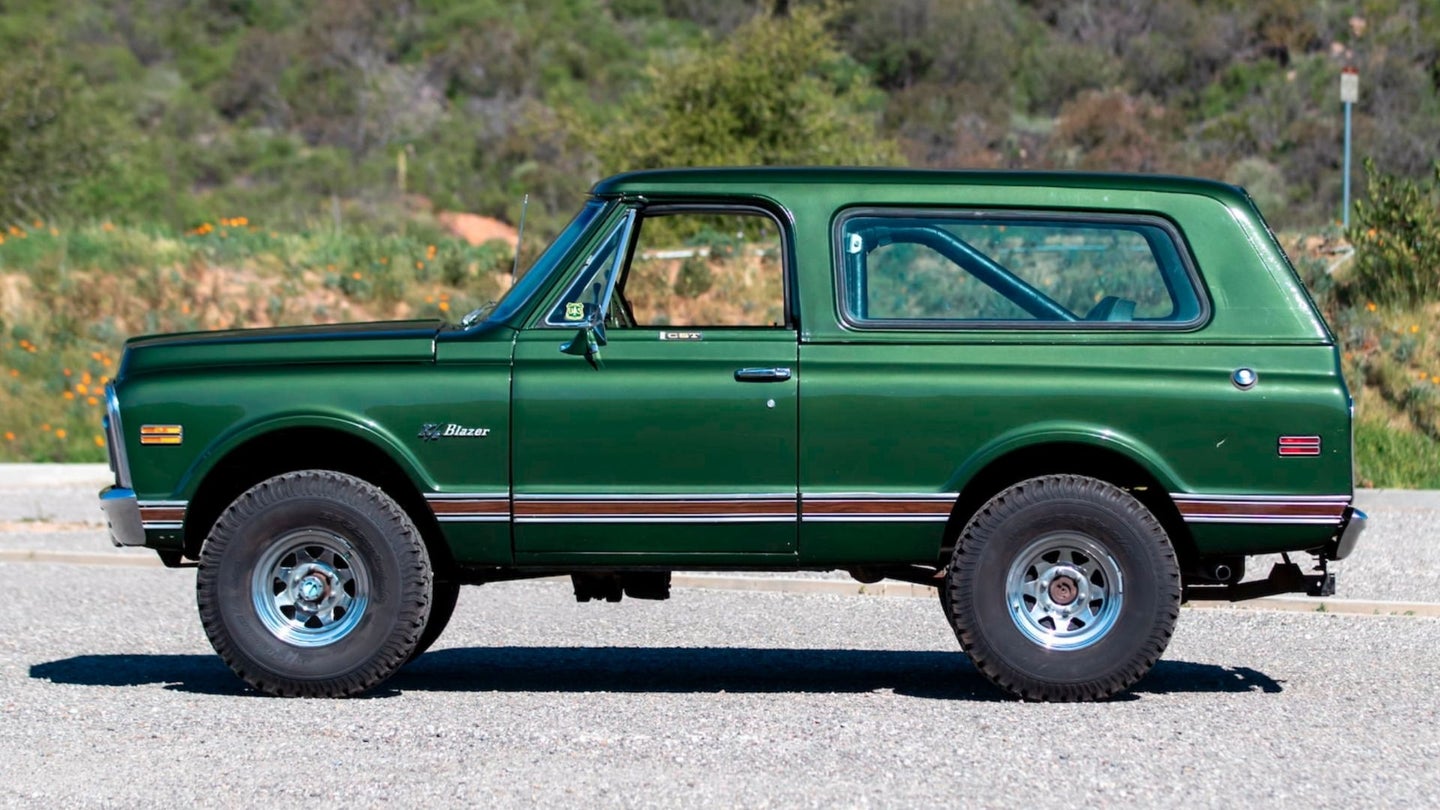 Back in 1971, Los Angeles resident Bob Bianchi picked up a PennySaver newspaper, which was an advertising mailer filled with classified ads. A photo of a green two-door SUV caught his eye, and the listing offered it to the first person to show up that Friday with $1800 in hand. Bianchi was first in line, and he took the 1970 Chevrolet Blazer K5 CST home. Five decades later, this same Blazer is expected to sell for $350,000 or more through Mecum Auctions this week.

As it turned out, Bianchi hadn’t purchased an average Blazer. Years later, he researched the original ownership papers and was surprised to find that it had been purchased by the “King of Cool” himself, Steve McQueen, on Christmas Eve 1969. Apparently, McQueen bought the Blazer K5 CST for his Baja racing team as a support vehicle. After a DNF, the actor divested himself of several vehicles, this one included.

By the time he realized he had a piece of Hollywood history on his hands, Bianchi had taken the Blazer on a 13,000-mile road trip and used it as a family car for several years. In 2001, the Bianchi family moved up to Big Bear, California and has been using it lightly ever since. Today, the odometer shows the Blazer has logged 81,236 miles total.

Built in St. Louis, Missouri, the 4WD K5 CST was equipped with a 350 cubic-inch (5.7-liter) Chevy engine and a TH350 transmission. McQueen and his company Solar Productions installed a front Positraction differential and swapped out the grille for a GMC version with four headlamps instead of two. Swathed in Citrus Green on the outside, the Blazer was also splashed with copious amounts of green all over the inside: seats, dash, steering wheel, steering column, console, and carpet.

The Blazer is off-road ready, including a roll bar, spare tire, a transfer case floor-shift, and tires suited for dirt. If I had to guess, though, I imagine the new buyer will turn it into a garage queen and it will stay grounded.

If you feel like reading up on McQueen’s history, which is fascinating and might put the historical value of this vehicle in perspective, check out the write-up on the Off-Road Motorsports Hall of Fame site. According to the National Automobile Dealers Association, a 1970 Blazer K5 would have sold for $3,051 off the show floor. Mecum Auctions is expecting it to sell for 100 times that much ($350,000-$375,000) on Saturday, May 21.