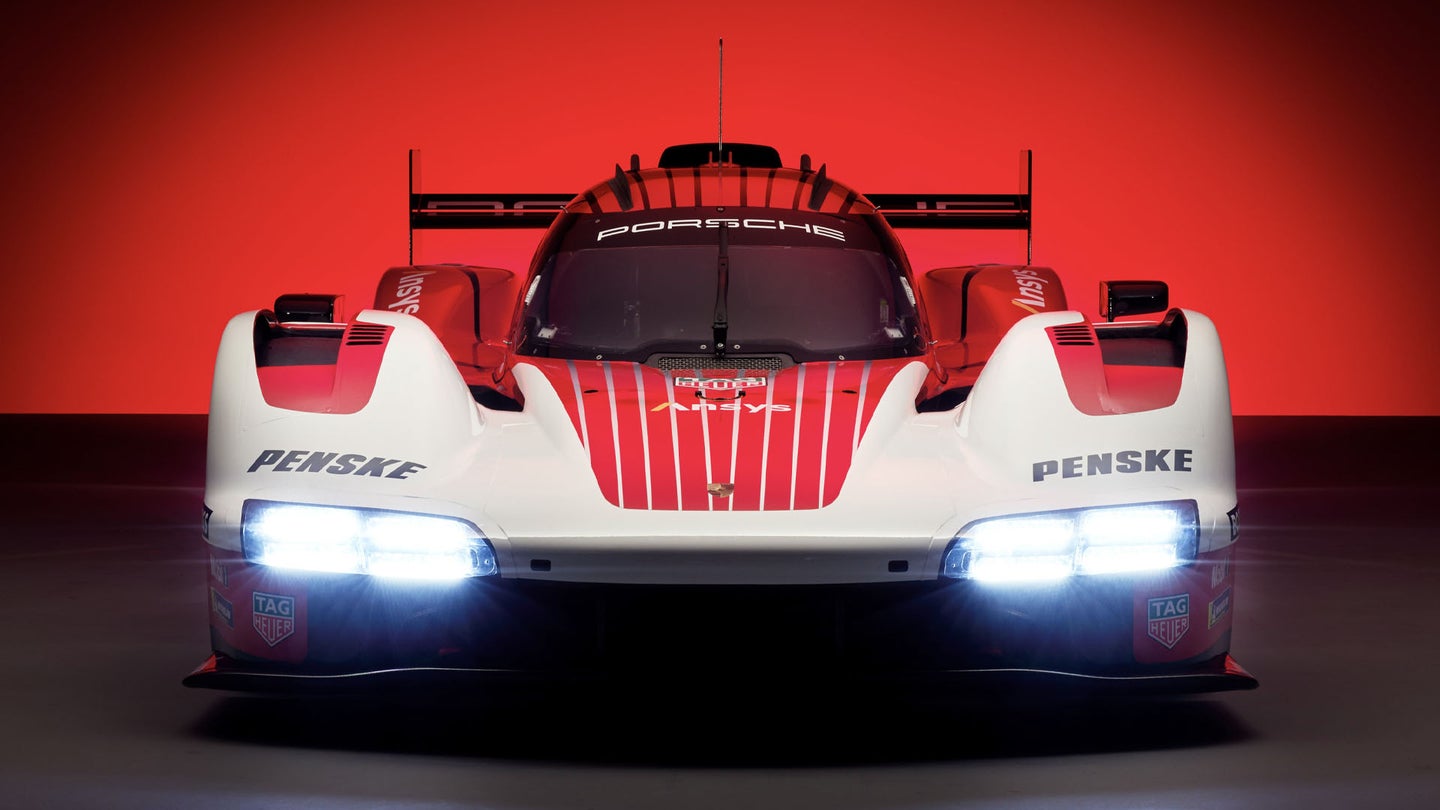 Porsche is one of the most storied names in endurance racing, and it just revealed its new prototype racer that will compete in the FIA World Endurance Championship in 2023. The Porsche 963 is powered by a twin-turbocharged V8 engine and will compete alongside the likes of Cadillac, BMW, Peugeot, and others at legendary tracks like Sebring, Daytona—and yes—Le Mans, too.

The 963 represents Porsche’s return to prototype endurance racing after an absence of over five years. It’s also significant because Porsche will once again be teaming up with long-time partner Penske in its efforts to dominate endurance racing for the first time in over a decade. Porsche Penske Motorsport will prepare four race cars to be kept in the United States and Germany in order to compete on both sides of the Atlantic.

This new prototype’s engine is a 4.6-liter unit derived from the Porsche 918 Spyder’s powerplant. It will be coupled with a standard hybrid system in order to produce around 700 horsepower. The chassis is built by Multimatic in Canada, as compared to other competitors like the Cadillac, which will ride on an Italian chassis built by Dallara. According to regulations, the vehicle must weigh 2,270 pounds.

Aesthetically, the 963 looks unlike any roadgoing Porsche from the front but features styling reminiscent of a road car in the back. It’s painted in Porsche’s classic white, black, and red motorsports livery. Being a purpose-built endurance racer, it looks stunning, however, it has some stiff competition. BMW, Peugeot, and Cadillac’s machines all look incredible as well.

Porsche’s machine will join a field full of other cars funded by major OEMs that share a common goal: victory. It’ll be interesting to see how Porsche is able to apply its almost-infinite racing knowledge to rise above the rest. Just like many of its competitors, the 963 will debut at the Rolex 24 at Daytona in January 2023. Before then, it will see some testing in Bahrain in November of this year.