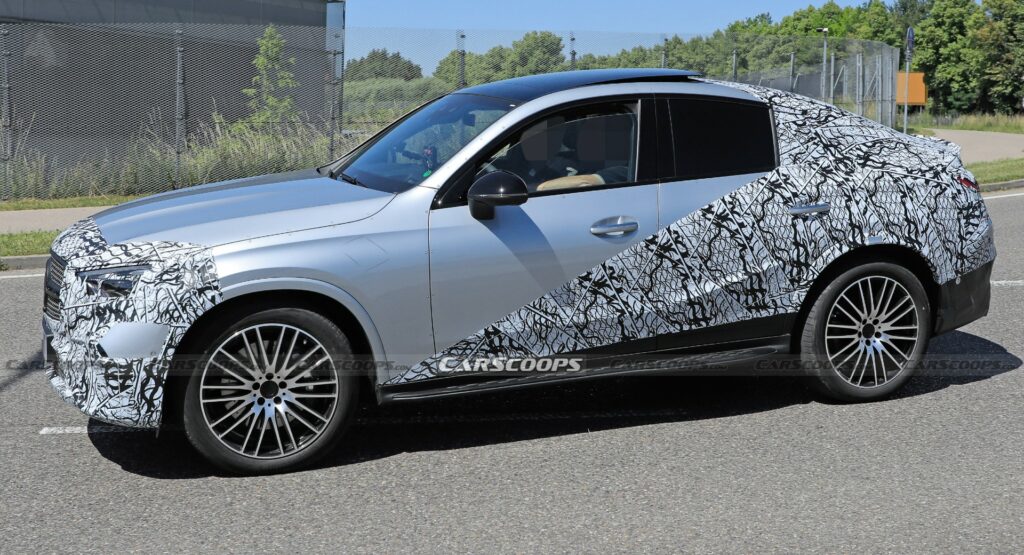 Mercedes has just unveiled the new generation of the GLC but as we all know, there is still something missing from the range. The coupe SUV bodystyle variant known as the GLC Coupe, will live to see another generation, as proven by our latest spy shots that came from Europe.

Just like its predecessor, the new GLC Coupe will share many body panels with the regular GLC with the exception of the redesigned tail. SUV buyers have a thing for slopping rooflines, especially in the premium segments where nearly all automakers offer like-minded proposals. 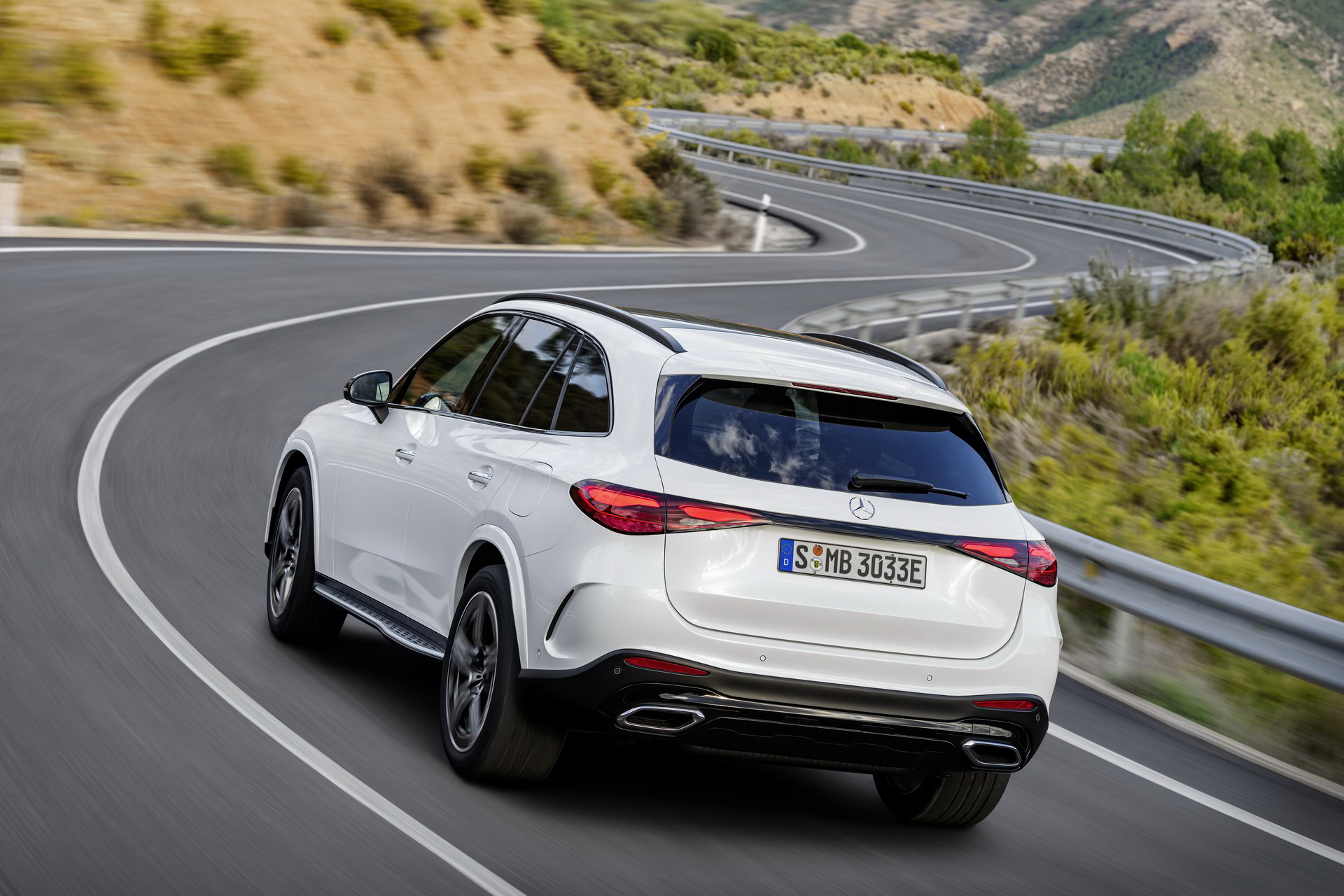 The prototype was covered by camouflage but nothing can hide the coupe-style roofline with the new rear windshield leading to an integrated rear spoiler. The slimmer LED taillights appear to be unique to the GLC Coupe, although their outer shape will most likely be similar to the regular GLC.

We don’t talk much about the front end since it should be identical to the non-coupe sibling. Still, Mercedes took the time to cover it in a camouflage wrap. For the greenhouse, as with the current model,  the more style-driven GLC Coupe gets its mojo from the heavily sloped roofline at the back. Last but not least, the Coupe inherits the cleaner surfacing of the new GLC, despite the faux dynamic lines Mercedes adds to its camouflaged prototypes aimed to confuse us. 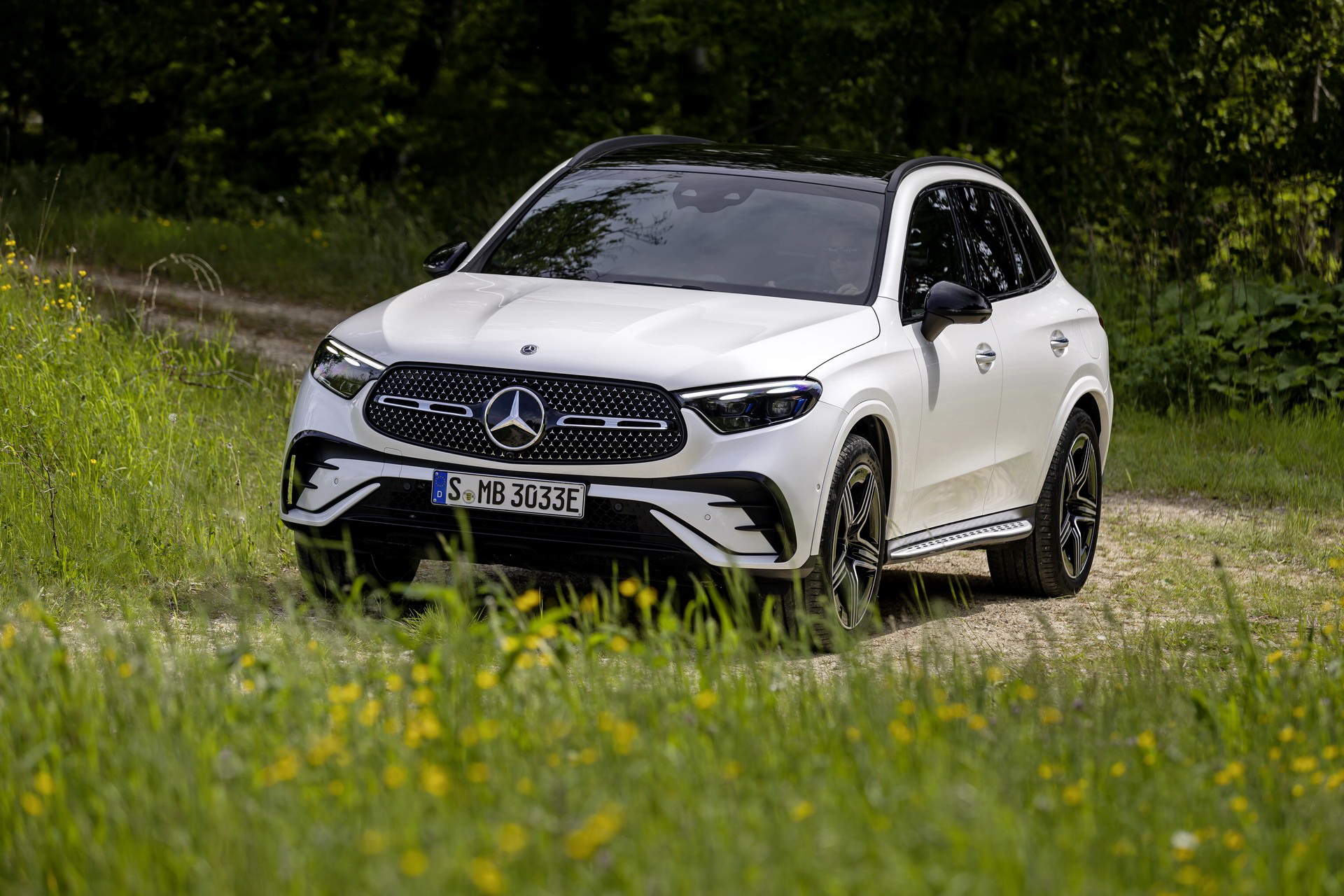 The interior will be carried over from the GLC, including the 12.3-inch digital instrument cluster, the 11.9-inch infotainment screen, the optional color heads-up display and the entire dashboard. What will be different is the limited headroom for rear passengers, and the slightly smaller boot. Sacrificing a little bit of practicality for extra style and better aerodynamics is not a problem for the target group.

Similar to the mechanically-related C-Class and GLC, the GLC Coupe will be offered exclusively with four-cylinder engines. The lineup will include many electrified options from the entry-level mild-hybrid engine, all the way up to the plug-in hybrid performance flagships from AMG (no more V8s for the GLC 63).

The Mercedes-Benz GLC Coupe is expected to debut before the end of the year, as a 2023 model. Rivals include the BMW X4, the Audi Q5 Sportback, and the Infiniti QX 55 for North America. The GLC Coupe will likely be slightly more expensive than the equivalent variants of the GLC.