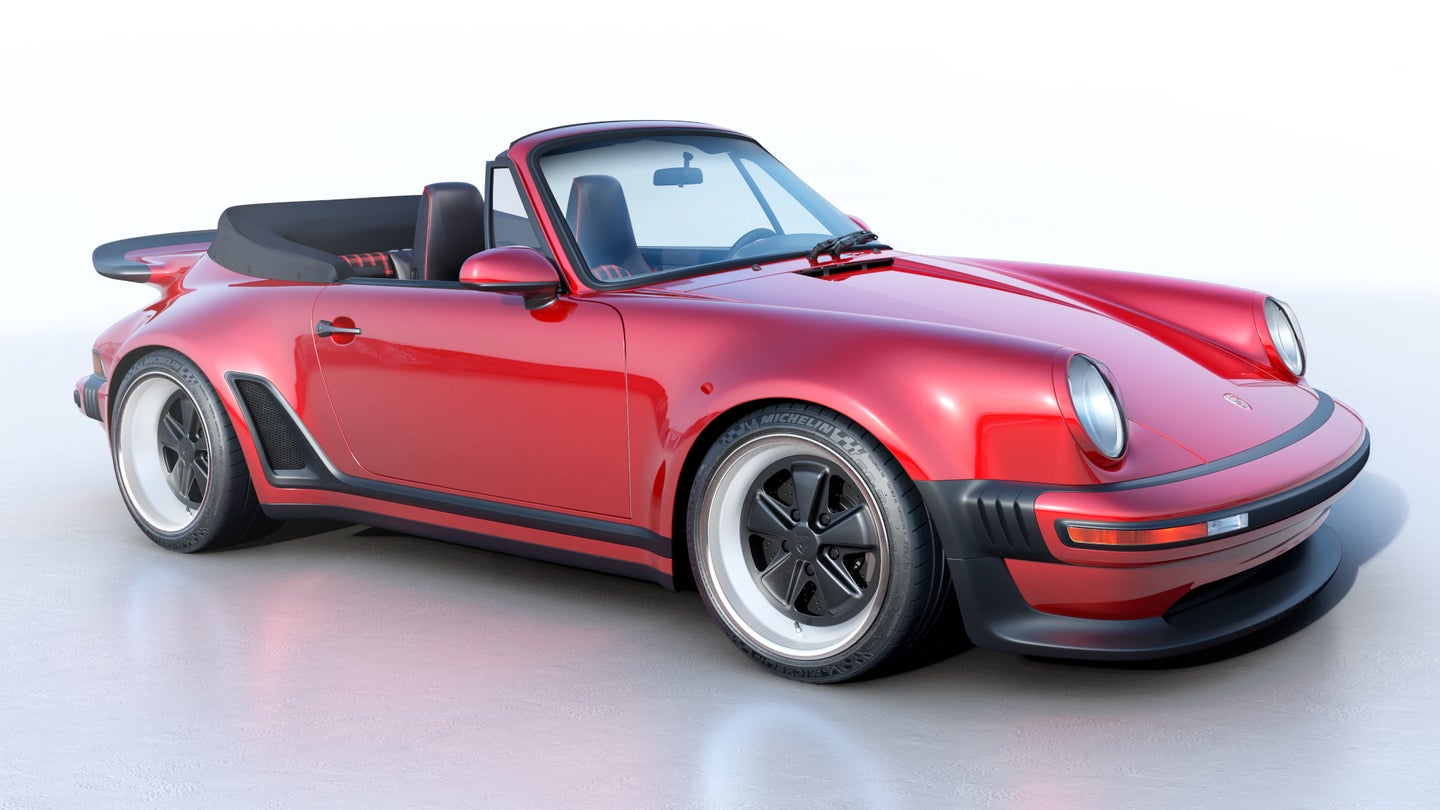 Singer is expanding its line of “reimagined” classic 911s with its first-ever convertible model.

Singer has long had a reputation for putting out some of the finest 911 builds from the air-cooled generation. The company has been slowly but surely building out its offering, recently adding turbocharged models into the mix. Now, Singer is ready for some top-down fun in the sun.

After many requests from owners, Singer set about applying what it learned from its Turbo Study models to the Type 964 convertible body style. “Our goal with the Turbo Study is to distill the awesome thrill of Porsche’s first ‘supercar’ while reimagining its performance and refinement,” says Rob Dickinson, founder and executive chairman of Singer. “We’re excited that powers can now choose to enjoy these traits with the roof down,” he adds.

Singer has shared images of a customer’s recent build, demonstrating just what it can do with a drop-top 911. It sports carbon-fiber bodywork, finished in a glorious Cadiz Red, complete with the bold rear spoiler so unique to the 964 era.

As for the top, it’s an automatic folding fabric hood that effortlessly tucks away at the rear when it’s down. It’s got a nicely-sized rear window for good visibility when it’s up, but who’s leaving it up?

As for the drive train, there’s a mighty ‘Mezger’ 3.8-liter twin-turbo flat six in the back. It delivers 510 horsepower to the rear wheels via a six-speed manual transmission. Carbon ceramic brakes are fitted to haul the convertible to a stop with a minimum of fade.

Singer has seen fit to provision the convertible with comfort features like air conditioning and a wireless charging pad. Naturally, the dash gets a set of big round gauges and lashings of tartan in true Porsche style.

Singer builds its vehicles to customer specifications, though, so there’s plenty of room for customization. The company offers various engine options starting at 450 horsepower, and is able to equip its cars with rear-wheel or all-wheel-drive. Interior trim and exterior finishes are then down to an owner’s individual tastes.

For those wanting the ultimate classic drop-top 911, it would be hard to go past Singer’s offering. The company continues to build on its strengths, and is now building exquisite air-cooled 911s of every persuasion.

The post Tape Down Your Toupee: Singer Now Reimagines Convertible 911s appeared first on The Drive.