Tesla Autopilot Crashed Much More Than Other Driver-Assist Systems: Feds 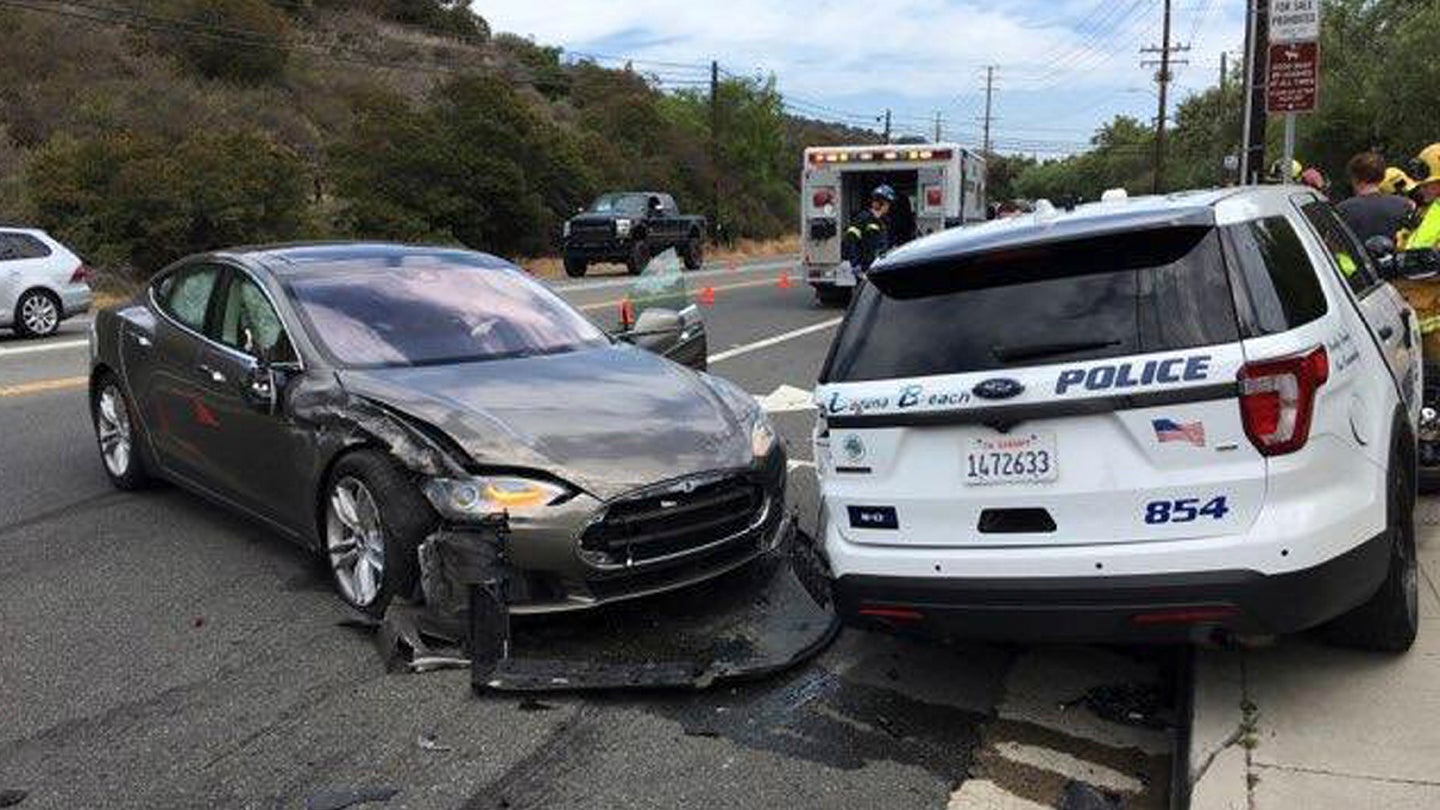 The NHTSA data reveals that the vast majority of crashes were attributed to Tesla. A total of 273 incidents involving Tesla vehicles were reported. That figure includes vehicles equipped with standard Autopilot and Tesla’s Full Self-Driving beta software and represents around 70 percent of all reports in the dataset.

Tesla’s reports are three times higher than the next highest-reported automaker, Honda, which reported 90 total incidents across the Honda and Acura brands. BMW, Cadillac, Ford, Subaru, and Toyota each reported between two and 10 incidents, while Audi, Hyundai, Jeep, Lucid, and Porsche each reported only one crash per marque.

The NHTSA launched its efforts to collect data on partially automated driving systems last year by issuing a General Order that requires all automakers to report any crash involving a vehicle operating with either an Automated Driving System (ADS) or Level 2 Advanced Driver Assistance System (ADAS) active within 30 seconds prior to the crash. By collecting this data, the agency hopes to identify emerging trends and potential safety defects that affect all motorists on the road. This figure—30 seconds—is immensely important, as the NHTSA recently revealed that it had discovered at least 16 separate instances when Tesla’s Autopilot system “aborted vehicle control less than one second prior to the first impact.”

Tesla CEO Elon Musk has previously described Autopilot as “unequivocally safer” compared to vehicles without Autopilot equipped. A previous NHTSA investigation in 2016 backed up Musk’s claims, noting that crash rates were reduced by up to 40 percent. The agency’s report was eventually retracted for being fundamentally flawed.

While Tesla happens to be the most prominent automaker on the NHTSA’s list, the agency’s administrator, Dr. Steven Cliff, cautioned that it may not be appropriate to draw conclusions from the collected data, as it specifically does not factor into account the number of vehicles equipped with the technology on the road. For example, approximately 830,000 Tesla vehicles have been sold between 2014 and 2021, the majority of which have been equipped with some form of ADAS system. This large concentration could be the reason that Tesla makes up the majority of the data points.

However, just because Tesla has the highest number of vehicles doesn’t necessarily mean that there isn’t a problem either. In fact, the NHTSA opened a probe into Tesla’s Autopilot in 2021 to investigate potential flaws in the software that may be responsible for crashes involving parked emergency vehicles. The probe involves nearly three dozen incidents and was recently upgraded to an Engineering Analysis, which is the final phase before a possible recall. Likewise, the investigation was expanded from 765,000 Tesla vehicles to 830,000, covering all models currently being delivered in the U.S. market, including the S, X, 3, and Y.

Using this data, the NHTSA may be able to determine if there is a potential trend that disproportionately affects Tesla vehicles. Likewise, the separate Engineering Analysis also makes it possible for the NHTSA to determine if Autopilot and its associated systems can be tied back to the crashes, potentially linking a safety flaw to the inordinate number of crashes. And lastly, the agency would determine if a safety recall would be the appropriate action to remedy the potential flaw.

While the NHTSA has yet to act on the data in any official capacity, it may be pressured to do soon. Traffic fatalities hit a 16-year high in 2021 with 42,915 fatal incidents, an uptick of 10 percent from the previous year. While ADAS-related crashes make up only one-hundredth of a percent of all fatalities, it’s a start for the agency. ADAS systems have been linked to a lack of driver attention time and time again, and if the agency can use the data to put mandate preventative measures in place (such as driver monitoring), it may help to improve these numbers in the future.

The post Tesla Autopilot Crashed Much More Than Other Driver-Assist Systems: Feds appeared first on The Drive.