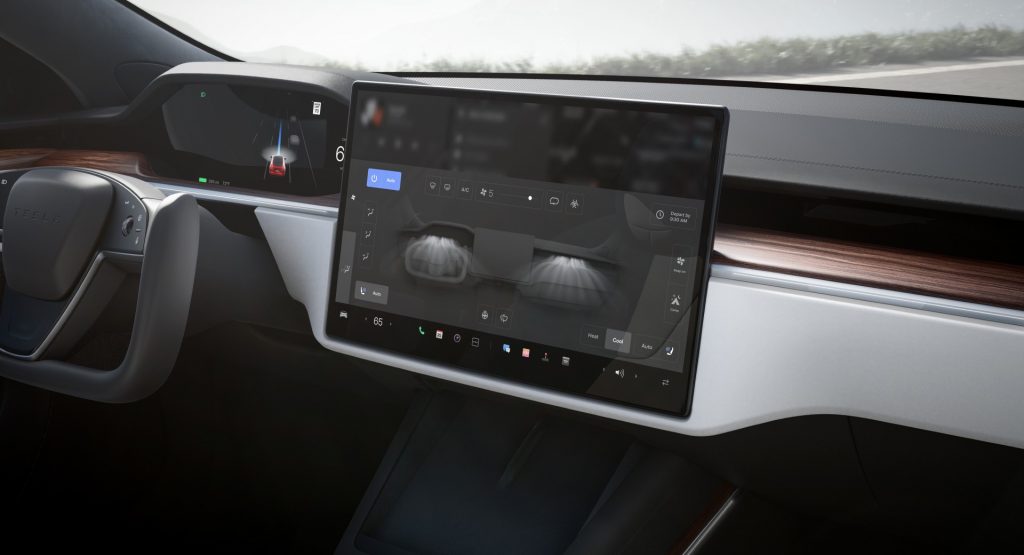 Tesla has been working hard on its infotainment package for a while and a new swivel feature might be the latest to make production. One Tesla owner showed off the feature on Twitter and it’s already causing a stir in the community. Here’s a quick dive into what we know about it and what’s left to be determined.

Larry Li on Twitter is a Tesla owner and an enthusiast who has carved out a little business in the Bay Area installing special customizations to Teslas. Among them are power-opening trunks and frunks along with auto-presenting door handles on the Model 3 and Model Y.

His skill has some folks doubting the legitimacy of the video shown below but according to him, this feature is from the Tesla factory. In the video we see him using the infotainment system to dictate which direction the screen moves in and it does look genuine.

Earlier this year it was confirmed that some Tesla models were shipping to customers with the hardware already in place to make the screen swivel. At that time, the motors required to make the screen move were not present so the feature was impotent.

Swiveling screens are a popular aftermarket option but seeing this one controlled directly through the infotainment system is unique. Li says that this car was delivered on April 29th of this year and the feature certainly provides a better view for the driver and offers the same experience when turned towards the passenger. What he doesn’t do is provide the software version associated with the car.

Regardless, it’s one that users could really benefit from. There’s a decent chance that by opening up this feature, Tesla could bring back options like video playback and even gaming while the car is in motion and the screen is turned towards the passenger.

What’s perhaps most surprising is that Tesla has been completely silent about the change. Not even Elon Musk has mentioned it at this point so we’re left to wonder which models will get the swiveling screen.

We also don’t know if Tesla will offer to retrofit cars with the physical parts but no motors for the swivel system. If they do we can’t be sure if they’ll charge for that or not. It’s worth noting that Tesla itself mentioned the swiveling screen as a future feature on its website in the past. Now we wait for more owners to receive cars with the feature or for someone from Tesla to clarify the situation.