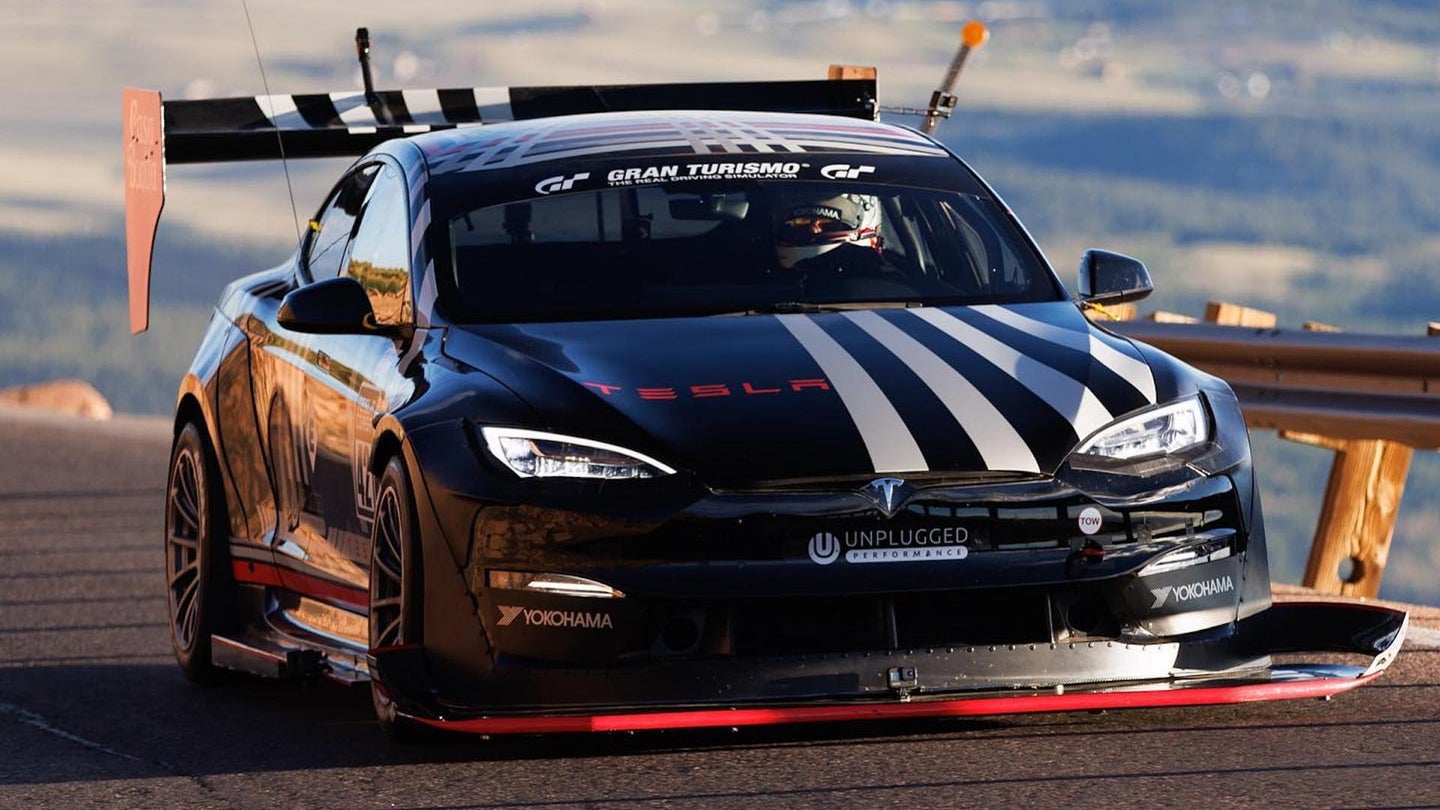 While racing up the most extreme hill climb in the world, the last thing you want as a driver is a distraction—like operating a touchscreen. Unfortunately for Tesla drivers at Sunday’s Pikes Peak International Hill Climb, weather problems forced them to contend with their cars’ clunky touch interfaces while racing. As it turns out, aggregating all a car’s functions into a touchscreen is kind of dumb.

The 100th running of the PPIHC was complicated by thick fog running the full length of the course, sometimes limiting visibility to as little as 50 feet. While the race has paused for weather in the past, it never cleared up this year, forcing drivers to race through atrocious conditions. They were a problem for all drivers regardless of make, but they were worse for the pair of Tesla Model S Plaid drivers, who, when their windshields fogged up, struggled to turn on their cars’ defrosters, which are activated via touchscreen.

One of their drivers, Blake Fuller, told The Gazette that he struggled to use his car’s touchscreen while wearing gloves, all while battling bad weather on his way up the mountain.

“I felt like an older person trying to program a VCR in the middle of my run,” said Fuller, who wound up finishing 39th of 63 competitors. “It’s a combination of pressing the buttons and scrolling wheels. It’s like juggling, and I don’t juggle well.”

The same problem plagued famed hot shoe Randy Pobst in a heavily modified Plaid nicknamed “Dark Helmet.” Pobst recorded a better first sector than the Porsche driver who ended up finishing second overall but encountered the same windshield fogging issue as Fuller. Rather than fiddle with the touchscreen, Pobst loosened his belts to wipe the windshield with the back of his hand. It was a risky move for a race that saw several cars slip off the racing surface, most of which did not return to the race unscathed.

Pobst previously had his Tesla Model S Plaid modified to remove race-inappropriate components, such as the Plaid’s infamous yoke steering wheel, which he replaced with a traditional wheel. It seems obvious what the next feature to eliminate is, though one doesn’t envy the electrician that has to make a Tesla work without its touchscreen.