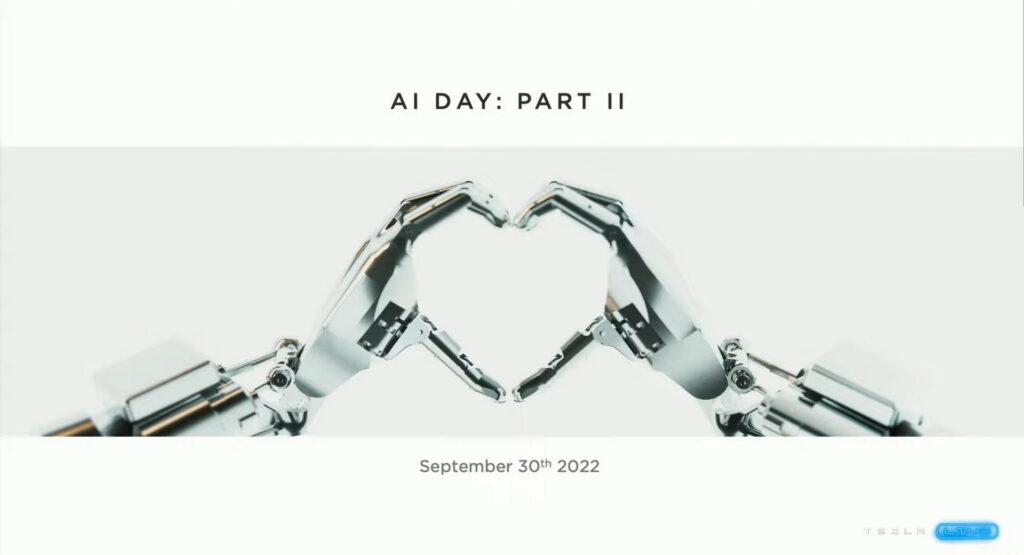 At Tesla’s 2022 Annual Meeting of Stockholders, the company showed a new teaser image of the humanoid robot that was first shown off at AI Day in 2021.

The image, part of a promotional campaign for AI Day: Part II that’s set to be held on September 30, was of two bare metal robot hands arranged together to make a heart shape. The date of the event itself was allegedly moved back to that date in order to allow for the possibility of showing off a working prototype of the robot, according to a tweet from Musk.

Initially named the “Tesla Bot,” the CEO has taken to calling the robot “Optimus,” which is likely a reference to the robot from the cartoon Transformers. During his presentation, Musk suggested that the robot is a real product that the company is working on, and the CEO has previously said the company could start production of the robot in 2023. Indeed, Lifewire reports that Tesla has posted several job listings for engineers, managers, architects, and more to work on a “Tesla Bot” team.

Tesla AI Day pushed to Sept 30, as we may have an Optimus prototype working by then

In January, Electrek reported that the company would prioritize the development of Optimus over other projects. Musk argued, in this recent presentation, that he believes the creation of a humanoid robot will be more valuable than the company’s cars in the long term.

“I’m sort of surprised that people—or you know, like, analysts out there are not really understanding the importance of the Optimus robot,” said Musk. “In fact, I think it will turn the whole notion of what’s an economy on its head.”

Although Tesla is known for having more product ideas than it is often capable of delivering on, the notion of an automaker moving into the robotics field is not outlandish. Hyundai recently bought Boston Dynamics and plans to capitalize on its quadrupedal robots.