Texas Cops Use a Seized 1,080-HP Dodge Challenger Hellcat to Patrol the Highways 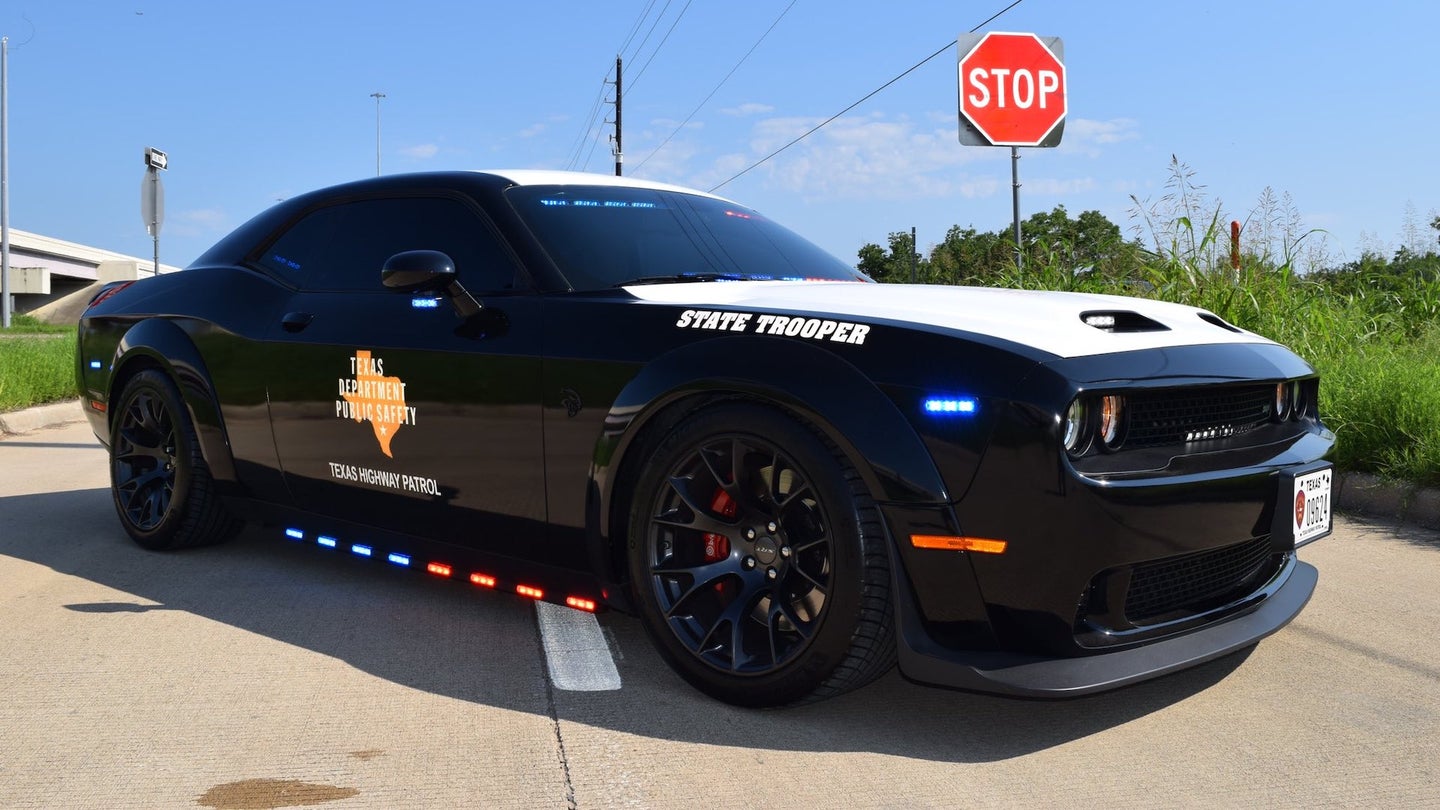 The Texas Highway Patrol has added a shiny new toy to its fleet of police cruisers: a tuned, 1,080-horsepower 2020 Dodge Challenger SRT Hellcat Redeye seized from an accused street racer.

The Dodge began its journey into police hands in April 25, 2021, when a Texas Department of Public Safety aircraft spotted it and another car speeding on westbound Interstate 10, according to Click 2 Houston. Already enforcing a multi-departmental crackdown on street racing, the DPS reportedly called in the vehicle’s location and heading for interception.

While the chase proved too dangerous to sustain on the ground, with the Hellcat reportedly reaching speeds around 160 mph, the DPS aircraft tracked the car as its driver tore through populated areas. Eventually, the car ran out of fuel, and its driver attempted to flee on foot. Eventually, they were arrested on the charge of felony evading, as well as the unlawful carrying of a weapon due to the discovery of a .40-caliber Glock 22 handgun in the passenger seat.

State troopers sought to seize the Hellcat through civil forfeiture laws, and were awarded the car on Jan. 25 by the Harris County District Attorney’s Office. While the Hellcat Redeye makes 797 horsepower stock, the DPS claims this particular car makes 1,080 hp, suggesting the vehicle has been tuned. It’s certainly overkill for this Dodge’s future role in traffic enforcement, as 1,080 hp is never going to make the difference between catching a suspect and letting them go. It does mean, however, that this car, along with its other “ghost Camaros,” will be the star of one hell of a surplus auction one day. Should it survive long enough to be sold off, that is.

The post Texas Cops Use a Seized 1,080-HP Dodge Challenger Hellcat to Patrol the Highways appeared first on The Drive.