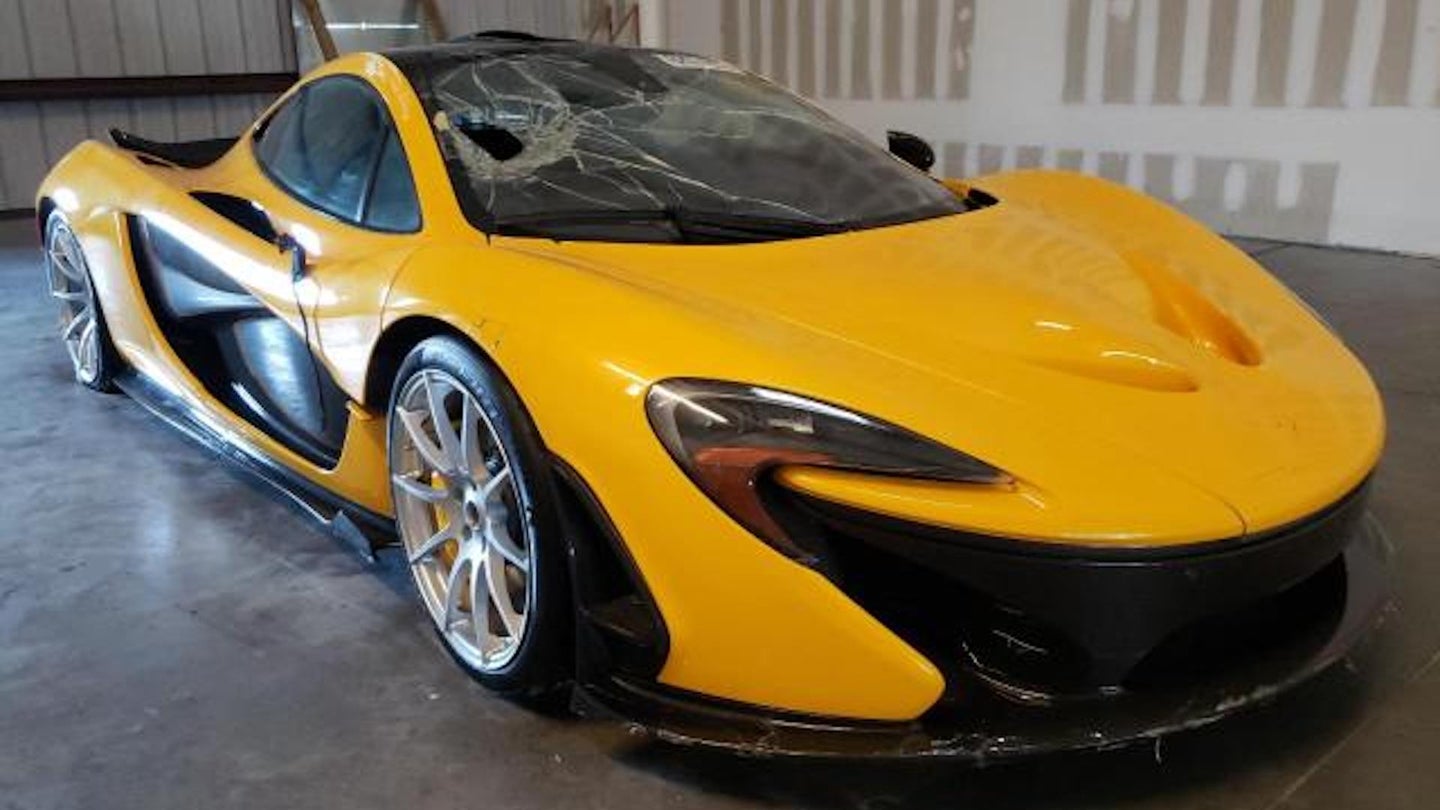 Back when Hurricane Ian was battering the east coast, an image of a yellow 2015 McLaren P1 submerged in floodwaters spread around the internet like wildfire. While many hoped the car could be saved, we have some bad news: It was totaled and just sold on Copart for a pittance.

This McLaren first became famous in late September, when a photo of it flooded almost up to the windows surfaced on its owner’s account on Instagram, @lambo9286. The prognosis was poor for the hybrid hypercar, whose electronic and mechanical complexity almost guaranteed it would be ruined. Its subsequent recovery video in October showed more than water damage, too, with a smashed windshield indicating the car took a big hit from above. As it happens, that damage matches that of a yellow McLaren P1 listed on Copart in Punta Gorda, Florida.

The P1 was listed for auction without a mileage estimate, as it may have been unattainable from the car’s (possibly bricked) electrical systems. It was marked as “flood reconditioned,” which Copart says means it “has undergone special treatments to extract water and to attempt to prevent mold, fungus and odors.” While its interior isn’t nearly as grody as that moldy VW Beetle we watched get cleaned up this week, the special attention it received evidently wasn’t enough to prevent it from being written off.

Its title is simply listed as a “certificate of destruction,” which means this McLaren is considered almost unrestorable. (The same fate befell the battered Bugatti Chiron that Copart sold in October.) In all likelihood, this P1 was purchased with parting out in mind, even though few parts will be salvageable. That may be why bidding didn’t get very high before the auction ended.

Though the final bid isn’t shown on the listing, it last read $327,000 before the sale status changed to “ended” sometime Friday. In non-flooded condition, Copart estimates it might’ve been worth $2.3 million. There’s still faint hope that it was bought by someone who plans to hack it up and turn it into a track car, but don’t hold your breath. After all, we all know a goober or two who’d pay a ridiculous amount just to own a bolt from a McLaren, never mind a moldy headrest.

The post That McLaren P1 Flooded Up to Its Doors Just Sold at a Salvage Auction appeared first on The Drive.