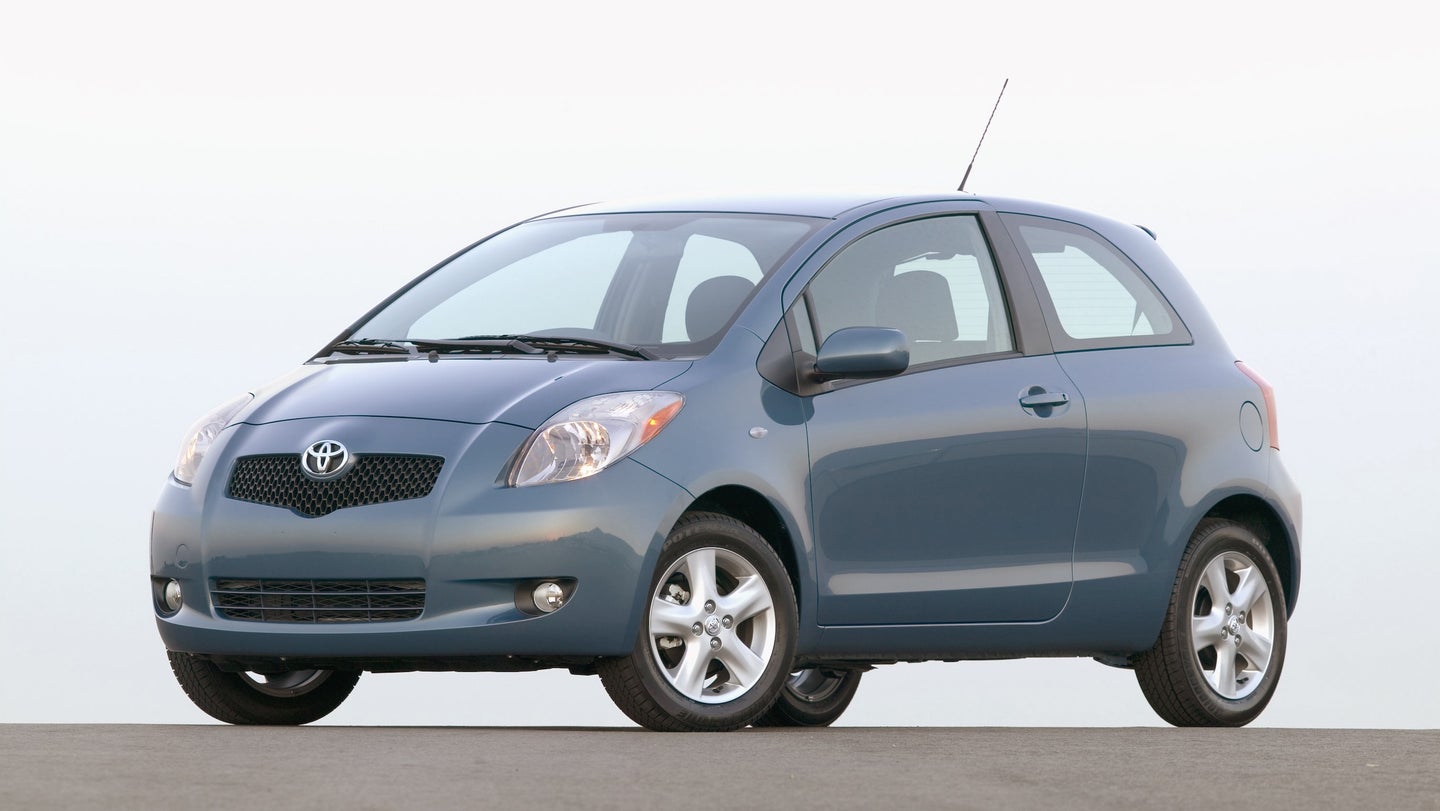 Past the 1980s, most modern cars are pretty good at whatever you throw at them. That’s why I didn’t hesitate to jump in a 2007 Toyota Yaris on a recent road trip. Unfortunately, that decision came back to bite me, and I learned something in the process.

I’d found myself planning a 16-hour road trip from South Australia to Victoria and back again. It was the usual straightforward eight-hour drive from Adelaide to Melbourne, plus the return trip. Normally, I’d take my 1998 Mercedes E-Class sedan, which beautifully soaks up the highway miles in quiet comfort. However, it had recently sprung a coolant leak, so I wasn’t confident taking it on a long journey.

Instead, a Yaris ended up as the car for the job. I figured it would be fine; I’d driven plenty of other hatchbacks on long journeys before. That included a Mazda 323 that topped out at 63 mph downhill and a Ford Focus that chewed through oil, but I’d always made it where I was going.

On paper, it had everything we needed. A working heater and air conditioner, a stereo with an aux cord, and enough space for two backpacks and drinks for the weekend. Just a couple of hours into my first stint, though, I was aching, and rueing my decision to take the Toyota.

The problem was ergonomics. I had to lift my foot at a nasty angle to keep the car humming along at 60 mph. It was all down to the position of the accelerator pedal. I could neither come at it from high enough nor far back enough to leave my foot in a neutral position while driving at highway speeds. Instead, I had to hold my foot well into a dorsiflexion position so I could tickle the accelerator to hold speed.

Standing at 5’11”, I’m a relatively average-sized person in just about every way, but I couldn’t find a way to make the Yaris work for me. I could run the seat back, which helped a little. However, I could only go so far before the steering wheel was too far away. The base model only had a tilt-adjust wheel, so there was no help there.

Without cruise control, this went on for hours at a time. Jumping up to a higher-end model wouldn’t have helped in this regard, either. According to data from CarSales.com.au, Toyota simply didn’t offer cruise control on any 2007 Yaris sold in Australia. It was a weird choice for an otherwise well-equipped car; even the base models had power windows and mirrors. Plus, the engine used a drive-by-wire throttle, so it should have been a cheap and easy inclusion.

Modern cars are, functionally speaking, very good. Since the 1990s, most manufacturers have figured out how to make cars that start every time and don’t wobble themselves off the road at speed. For daily use, it’s pretty hard to go wrong with any car out there.

Since it’s only 15 years old, I hadn’t really expected the Yaris to pose any problems. It’s roomy enough inside for two people and plenty of gear. Plus, I’d driven it around town a bunch and never had a problem. It was peppy enough to merge with traffic and held the road just fine. If anything, it made a better city car than my usual daily by virtue of being compact and easy to park. The fact that its power windows actually work reliably was also a benefit over my Mercedes.

However, just a few simple exclusions turned a straightforward road trip into agony for my right foot. I’m no complainer, and I still rattled off multiple three-hour stints to get us down the road. That was paired with plenty of stretching and ankle rolls when I got out to try and ease my burning tendons that had been overextended for too long.

If the Yaris had cruise control, I’d never have noticed this problem at all. Having the reach-adjustable wheel may have helped a little, though I suspect it wouldn’t have done enough. The accelerator is just in too weird a position to work well for me. I suspect if you were 4’10”, had short legs, and could bear down on it from directly above, it would be great. But I simply couldn’t find a comfortable place to sit back and drive.

In the end, the journey was made without major issue, bar a bit of extra belly-aching from me. Had we been going any further, though, I suspect I wouldn’t want to be behind the wheel of the Yaris for much more than an hour at a time.

Thinking we know everything about cars is a common trap in this game, but that’s rarely the case. As the champs say, every day’s a school day.

The post The 2007 Toyota Yaris Is an Awful Roadtrip Car Because of One Small Detail appeared first on The Drive.