The 2023 BMW Z4 Deserves a Better Facelift Than This 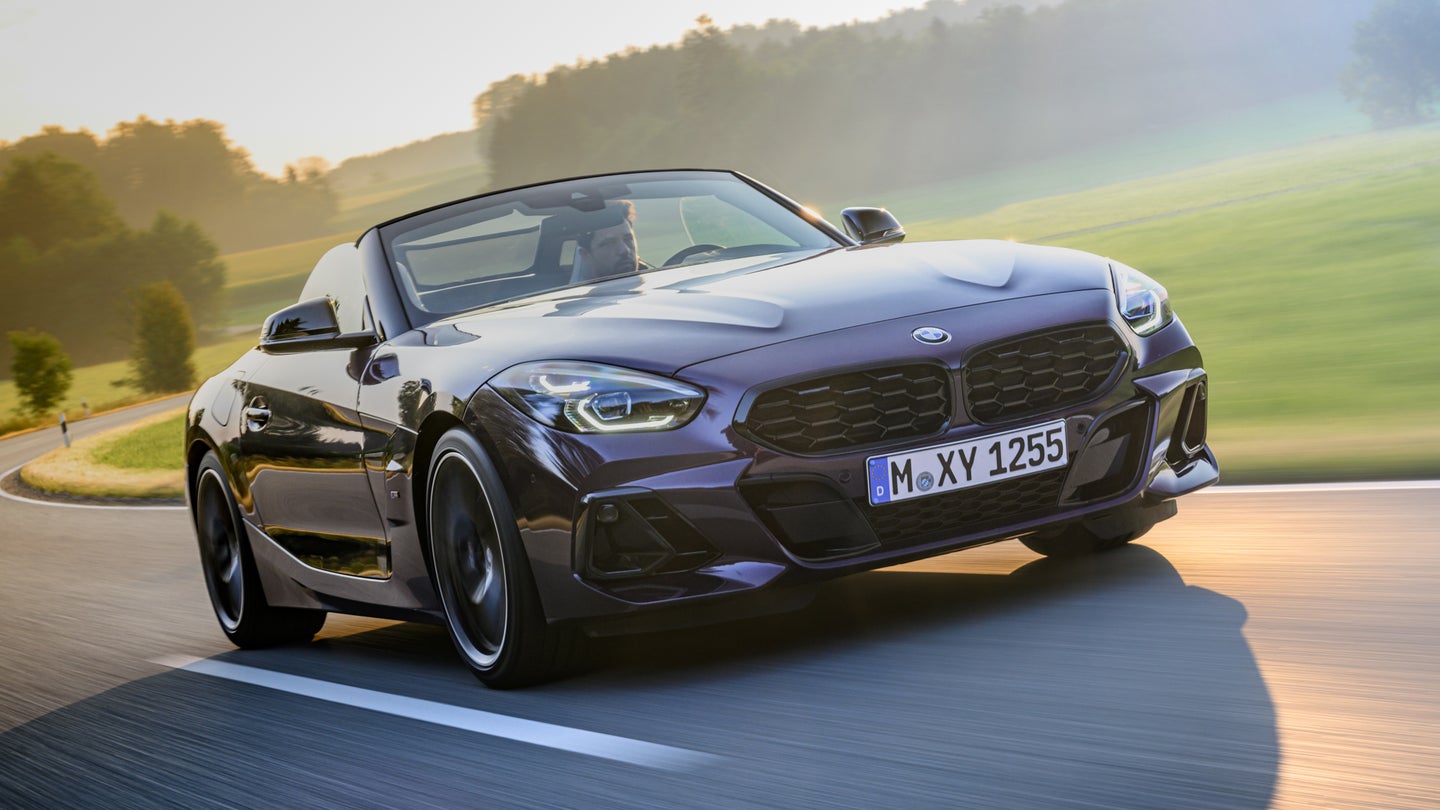 The entry-level BMW Z4 sDrive30i model now gets the M Sport package as standard, encompassing an M Sport steering wheel, M Sport pedals, M Sport seats, and a dashboard made of SensaTec—that’s BMW-speak for fake leather. Otherwise, the cockpit of the Z4 is unchanged. It doesn’t even get the new iDrive 8 infotainment system that every other new Bimmer has.

There are some new colors and options, though. Portimao Blue, Skyscraper Gray, and the excellent Thundernight purple from the 2 Series are now available. Also new is an optional 19-inch, V-spoke wheel design finished in jet black with a diamond polished edge, wrapped in 255-section tires up front and 275-section tires out back.

Powertrains, however, remain the same. This means a turbocharged 2.0-liter four-cylinder engine making 255 horsepower and 295 lb-ft of torque for the Z4 sDrive30i whereas the more expensive Z4 M40i gets a turbocharged 3.0-liter straight-six with 382 hp and 369 lb-ft. Both engines are paired to an eight-speed automatic transmission sending power the rear wheels only.

The little sports car experiment between BMW and Toyota—which gave us the Z4 and Supra, respectively—has been an interesting one. But, according to a rumor that surfaced earlier this year, the BMW part of that equation will be discontinued in 2025. While the Z4 sold well enough for the premium roadster segment, it’s a dying breed that automakers are shifting away from.

It’s a shame the BMW Z4 is getting so little love for its last rodeo. While never as good of a driver’s car as the Porsche Boxster, the Z4 remains one of BMW’s best-driving products and a surprisingly fun little roadster. That’s especially true in the case of the M40i version, which has more than enough power to easily light up its rear tires. But living in a shrinking segment means the Z4 only gets a small update for its final few years.

Have a tip? Send it over to [email protected]

The post The 2023 BMW Z4 Deserves a Better Facelift Than This appeared first on The Drive.