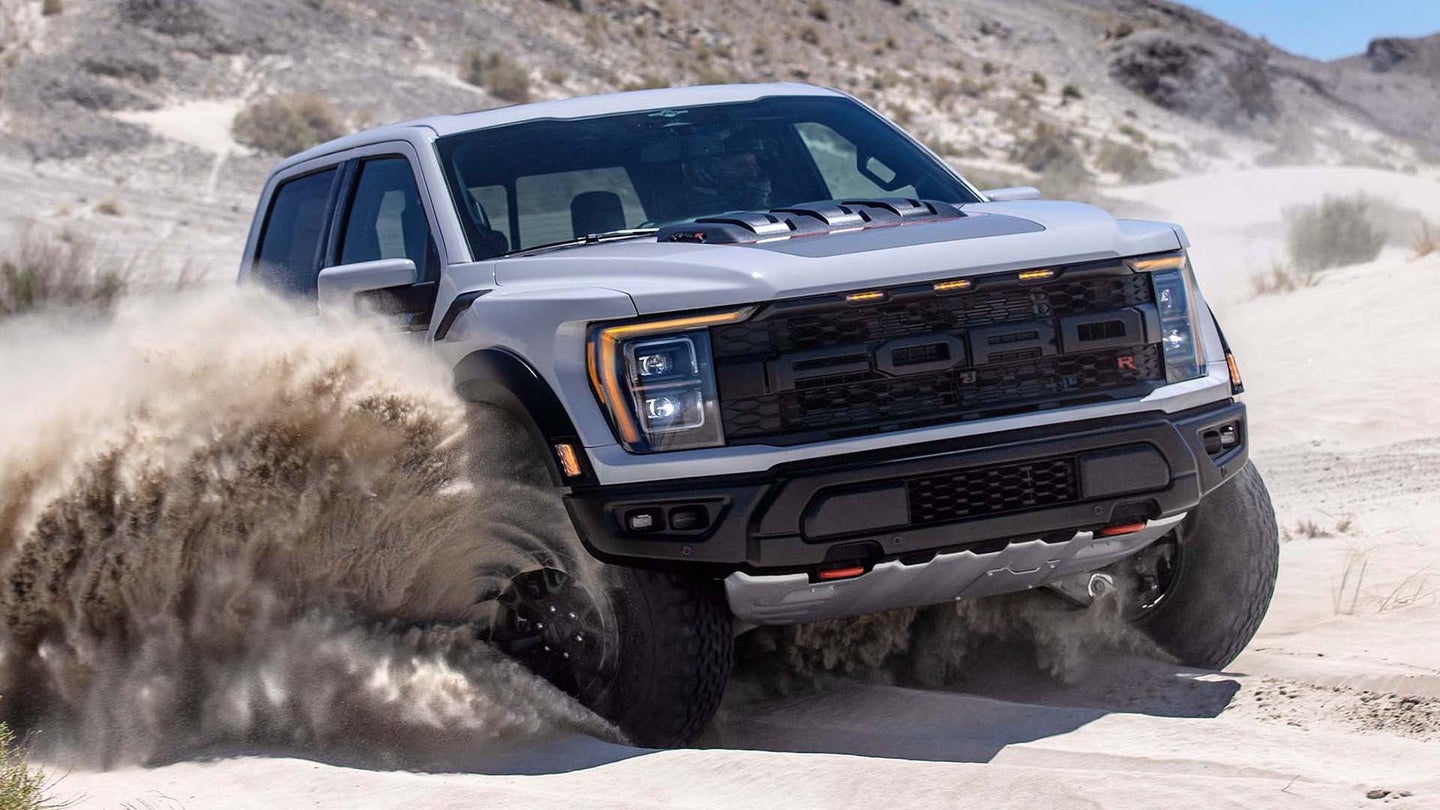 We all had a pretty good idea of what the 2023 Ford F-150 Raptor R would be ahead of its debut. Multiple tips, spottings, and leaked photos let us know that it’d have a supercharged 5.2-liter V8 making at least 700 horsepower, and it wasn’t far-fetched to assume it’d ride on standard 37-inch tires. Even then, I don’t think many guessed that this super truck would carry a six-figure base price. But it does.

Indeed, the first V8 Raptor in eight years carries a starting MSRP of $109,145. That’s roughly $27,000 more than the EcoBoost-powered F-150 Raptor on 37s, and critically, it’s nearly $30,000 more than the 2022 Ram TRX. It’s priced high, then, and while there isn’t really anything left to add except for premium paint and a sunroof, you can’t even option a TRX to that figure.

Now’s the time where we have to recognize that nobody will be forced to buy the F-150 Raptor R. It’s arguably the most capable off-road truck on sale today, judging by the stat sheet, but it’s far from a necessity. Like any other premium model that skews toward luxury, performance, or both, those with the means to buy one either will or won’t if they feel so inclined.

With that in mind, no other Ford truck costs this much—even the electric F-150 Lightning Platinum is about $17,000 less. The only pickup that contends with the F-150 Raptor R on price is the GMC Hummer EV, which itself makes 1,000 hp, has three electric motors, and even more gadgets and gizmos than the Ford. This really feels like a big moment in terms of the internal combustion send-off we’ve all been enduring the past few years.

Maybe that’s how some folks will cope with the pricing, too. We’re seeing more and more top-flight ICE models shatter what we thought was possible, like the 670-hp Chevy Corvette Z06 with a flat plane crank V8 that also costs more than $100,000. Automakers can use these unreal feats to justify unreal price points, and it’s not like people have stopped buying cars as they’ve gotten even more expensive.

That’s also a big reason why most dealers will continue to mark everything up until they’re barred from doing so. Everyone’s got to eat, that much I understand, but you already know the market adjustments are going to be huge on the R model. Ford has tried to intervene when it comes to new Bronco and F-150 Lightning sales, but only so much can be done when every possible loophole is exploited.