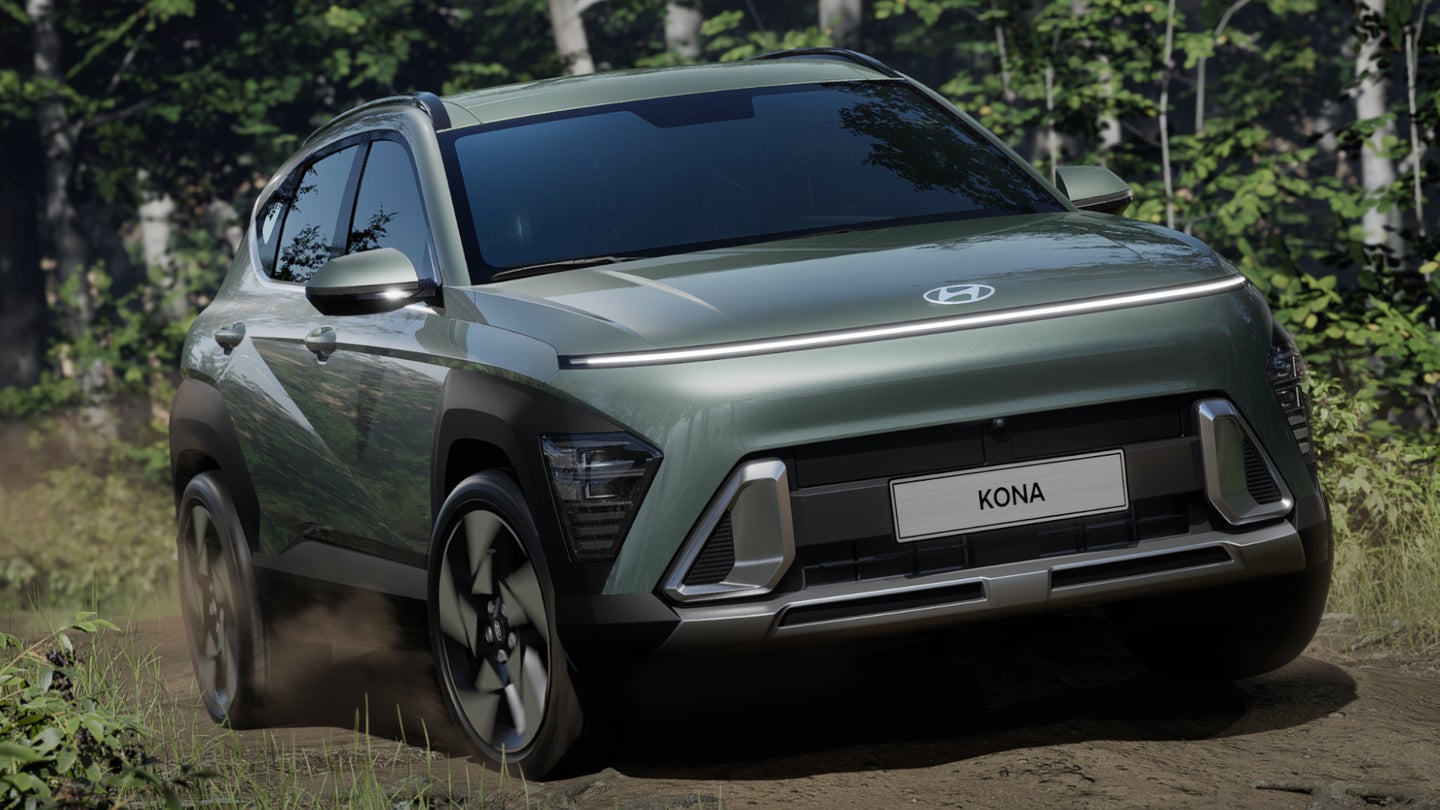 The new 2023 Hyundai Kona is a fresh redesign that puts its EV foot forward.

While the Kona remains available with a range of powertrains, the new model was designed around the EV concept first and foremost. That design was then adapted to suit the plug-in hybrid, pure ICE, and the sporty N-Line models. It’s an approach that flips the usual script, where traditionally ICE cars are adapted to suit electric powertrains. It marks the increasing relevance of EVs as manufacturers slowly transition away from fossil fuels.

The main standout of the Kona’s new styling is the near-continuous crease that runs around the vehicle. It starts with the Seamless Horizon Lamp doing duty as the daytime running lights up front. This sits in line with a crease along the side of the doors and body. This meets up with another Seamless Horizon Lamp at the rear, integrated with the other tail and brake lights.

Notably, each different drivetrain gets its own styling notes to differentiate them from each other. The EV model leans heavily on Hyundai’s futuristic design language, with pixellated details on the wheels, intake, rear bumper, and of course, the lighting. It’s in much the same vein as the popular Staria van and Grandeur concept that we’ve seen before.

As for the ICE and plug-in hybrid variants, they boast a more rugged look with a tough bumper and skidplate up front. As for the N-Line, it relies on classic performance tropes. It features a spoiler, silver side skirts, a lower stance, and a more aggressive design for the front bumper and rear end. It also boasts unique 19″ wheels, and the roof and side mirrors can optionally be specified in black for a sharp two-tone look.

As is so often the trend these days, the new model is bigger than the previous Kona SUV. Length is now 171.5 inches long, up 6 inches from before. It also adds one inch in width and 2.4 inches in wheelbase in an attempt to maximize “living space” inside the vehicle.

Inside, the Kona sports two large 12.3-inch displays. One delivers the dash instrumentation behind the wheel, and the other does duty as the infotainment screen. Unlike some rivals, though, Hyundai will maintain physical buttons for the climate control and other similar features. In keeping with the futuristic design aesthetic, the interior also features an ambient lighting system.

The central tunnel is designed for convenience and storage. To this end, the shifter has been relocated to the steering column to keep this area as uncluttered and usable as possible. As a compact crossover, the Kona features two-row seating, with an eye to maximizing cargo space in the rear.

Performance specs aren’t yet available for the various drivetrains on offer. Hyundai will release further details closer to the model’s full launch, expected in the middle of 2023.

The post The 2023 Hyundai Kona Prioritizes EV but Doesn’t Ditch Hybrid or ICE appeared first on The Drive.