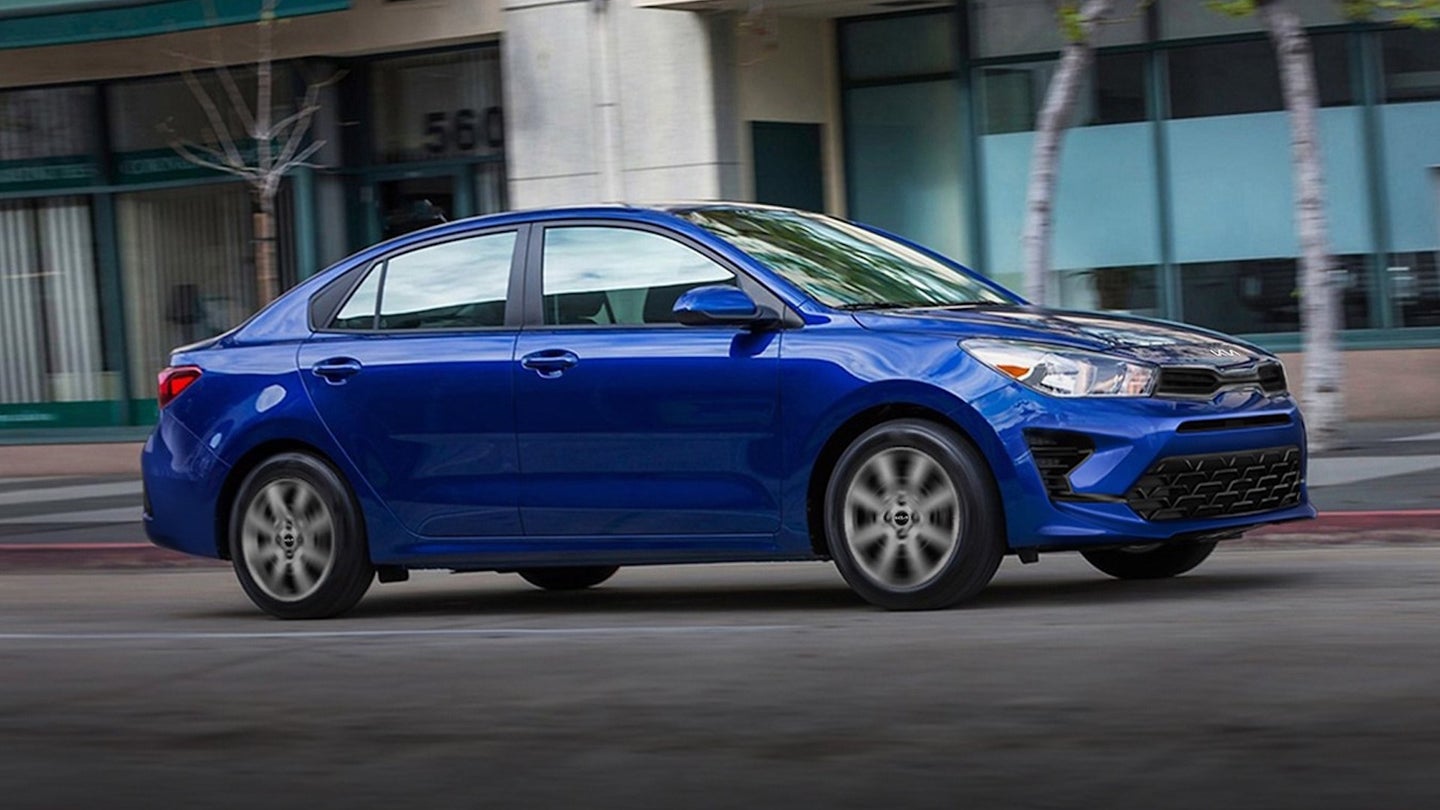 Welcome back to 2022, where everything is expensive and affordable cars are a figment of the imagination—except for the 2023 Kia Rio. It’s still a member of the tiny (and shrinking) club of new cars under $20,000.

Surviving into 2023, and therefore outliving the cheaper Chevy Spark, the Rio gets additions to what Kia proclaims to be a “long list of amenities.” You know that’s the setup to a joke, so here’s the punchline, the list of standard equipment itself:

Yeah, apparently the Kia Rio didn’t have an engine oil sensor (or warning light) before now. It also doesn’t get standard automatic climate control, and most of the tech options aren’t available on the base LX trim.

That requires vaulting up to the (still sub-$20,000) S model, which is available as either a sedan or hatchback. As options, it offers remote start—not even on a subscription basis, either—as well as a “find my car” feature. That’ll come in handy with how liable Kias are to be yoinked. Lane following, collision avoidance, LED headlights, and automatic high beams are also available, but unlike the Mitsubishi Mirage, a manual transmission isn’t. The Rio is CVT-only, though that means it gets the most out of its 1.6-liter four-cylinder, with 120 horsepower and 112 pound-feet of torque. It returns 36 mpg combined, or up to 41 highway, which is solid for a car that isn’t a hybrid.

Its pricing is competitive too, at $17,505 delivered for a base model. That doesn’t make it the cheapest new car in the U.S., as the Mitsubishi Mirage starts as low as $15,975 (at least the 2022 model). The Rio will also be subject to whatever markups Kia dealers—an ill-reputed bunch—slap on it, which average $2,784 according to iSeeCars. So, examples under the $20,000 mark may still be hard to come by, especially as a looming recession pushes demand downmarket.