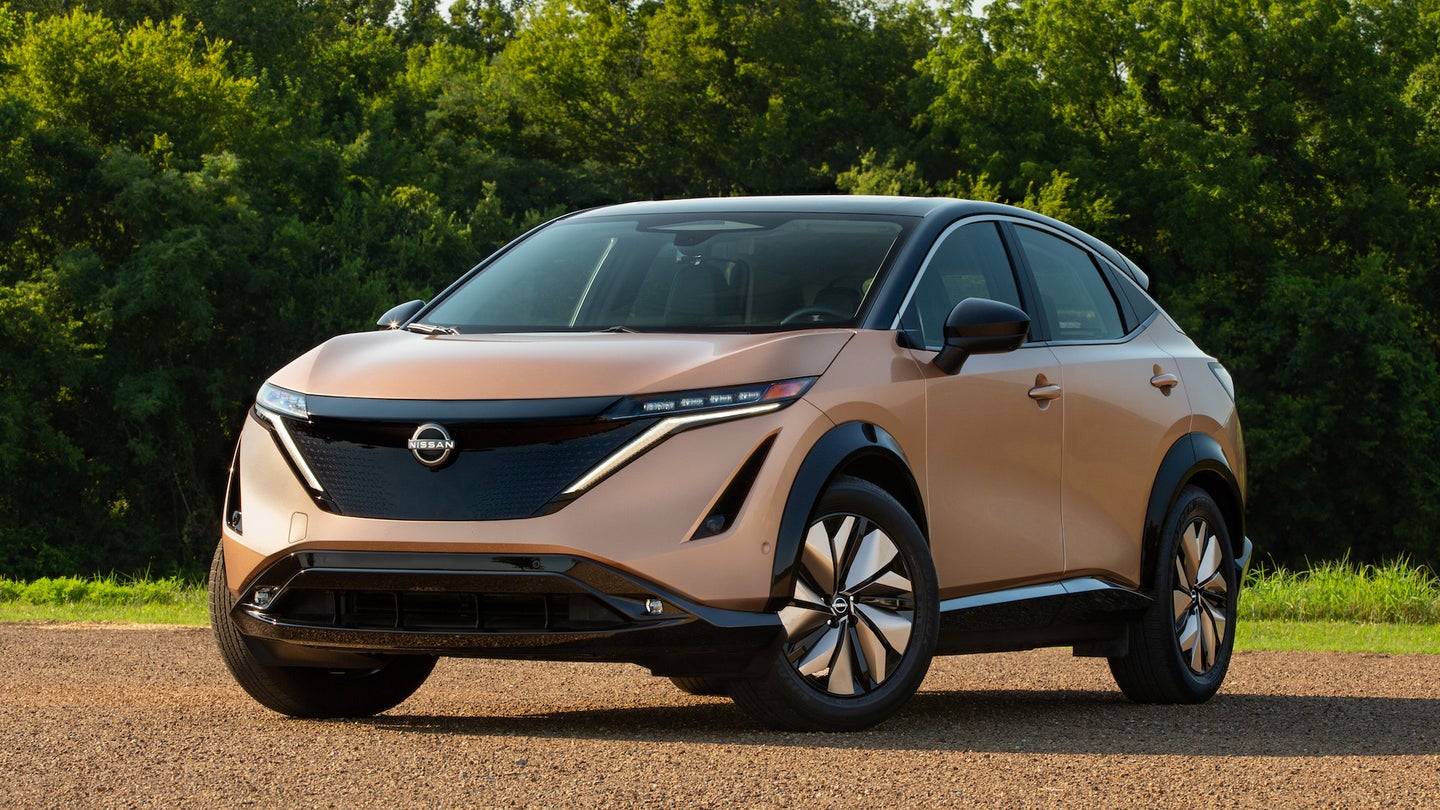 A new pricing announcement for the 2023 Nissan Ariya on Tuesday now includes the sticker ask for the cheapest trim of Nissan’s electric SUV, as well as updated (read: increased) prices for the four models announced back in November of last year.

In base, front-wheel-drive, 63-kWh standard range Engage form, the 2023 Nissan Ariya will start at $44,485 including destination and before any tax credits. The most expensive Platinum+ all-wheel-drive model, meanwhile, will command $61,485.

That base price puts the Ariya right in line with other electric crossovers of this type. For reference, the rear-wheel-drive Kia EV6 is a couple of grand cheaper at $42,155, while its Hyundai Ioniq 5 platform-mate begins at $42,745. Toyota’s bZ4X, meanwhile, costs at least $43,335 whereas Ford’s base Mustang Mach-E carries a sticker of $48,195.

For what it’s worth, the least expensive Tesla Model Y at the moment costs $58,190, meaning it competes with higher trims of the Nissan Ariya.

Per Nissan, that single-motor, long-range Venture+ trim will be good for 300 miles of range. Naturally, expect that base Engage model with its smaller battery to be able to travel a bit less.

Along with Tuesday’s pricing announcement, Nissan made sure to note that customers who already reserved a car previously for the slighter lower initial prices will still be paying those original figures. Early reservation holders were able to snag a Venture+ FWD Ariya for $47,125, precisely $1,360 less than you’d pay for one when the cars officially become available in late fall. AWD models are coming in spring 2023.

Got a tip or question for the author about the Nissan Ariya? You can reach him here: [email protected]

The post The 2023 Nissan Ariya Electric SUV Will Start at $44,485 appeared first on The Drive.