The 2023 Ram HD Has New Tow Mirrors, So Let the Memes Flow 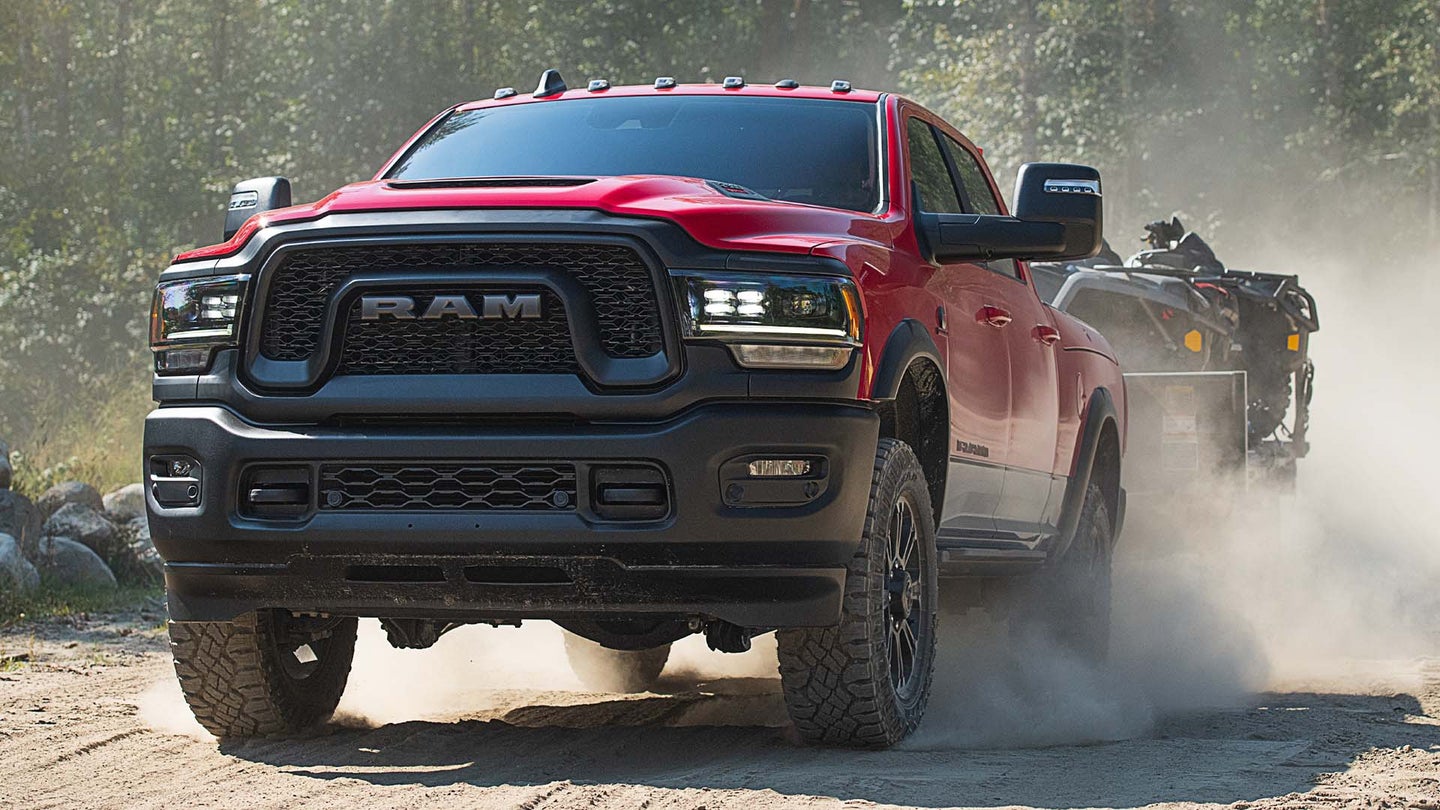 It’s 2022 and Ram just rolled out a new tow mirror design. It might not seem like a huge deal—realistically, it isn’t—but to truck people, it matters. Maybe you haven’t noticed all the Rams running around with their mirrors out and no trailer behind them, but they’ve given internet forums and Facebook groups plenty of ammo for jokes and jabs over the years. These are the latest evolution.

Just so we’re clear, Ram isn’t forcing anyone to drive with their tow mirrors out, the same way Dodge doesn’t make Hellcat owners keep their splitter guards on. These mirrors are also super handy when you do have a trailer out back. They do what they say on the tin, and the Ram 2500 HD Rebel’s are powered units that slide out instead of flip.

It’s tough to say if older Chevy and Ford owners will adapt these mirrors to their trucks, but that’s been a fairly common mod for more than a decade. It started getting trickier when they added wires to the equation, though the aftermarket makes entire kits dedicated to the mirror swaps. I even bought a pair for my 1996 Ford F-250 back in high school.

The new ones are still pretty moosey. Truck design has changed a lot since Dodge first introduced extendable mirrors with the second-generation Ram, so these are made to match the rest of the pickup. There’s a bit of caricature to it all; Ford and Chevy aren’t excluded from that, either.

There are plenty of reasons to buy a new Ram, from the 6.7-liter Cummins diesel to the new off-roading HD Rebel trim. You can be the judge if these mirrors count as a pro or con, but personally, I like them.

I’ll give $20 to the first person who slaps these on their clapped-out third-gen.

The post The 2023 Ram HD Has New Tow Mirrors, So Let the Memes Flow appeared first on The Drive.