The 2024 Ford Mustang GT Will Make More Horsepower Than Before. But How Much More? 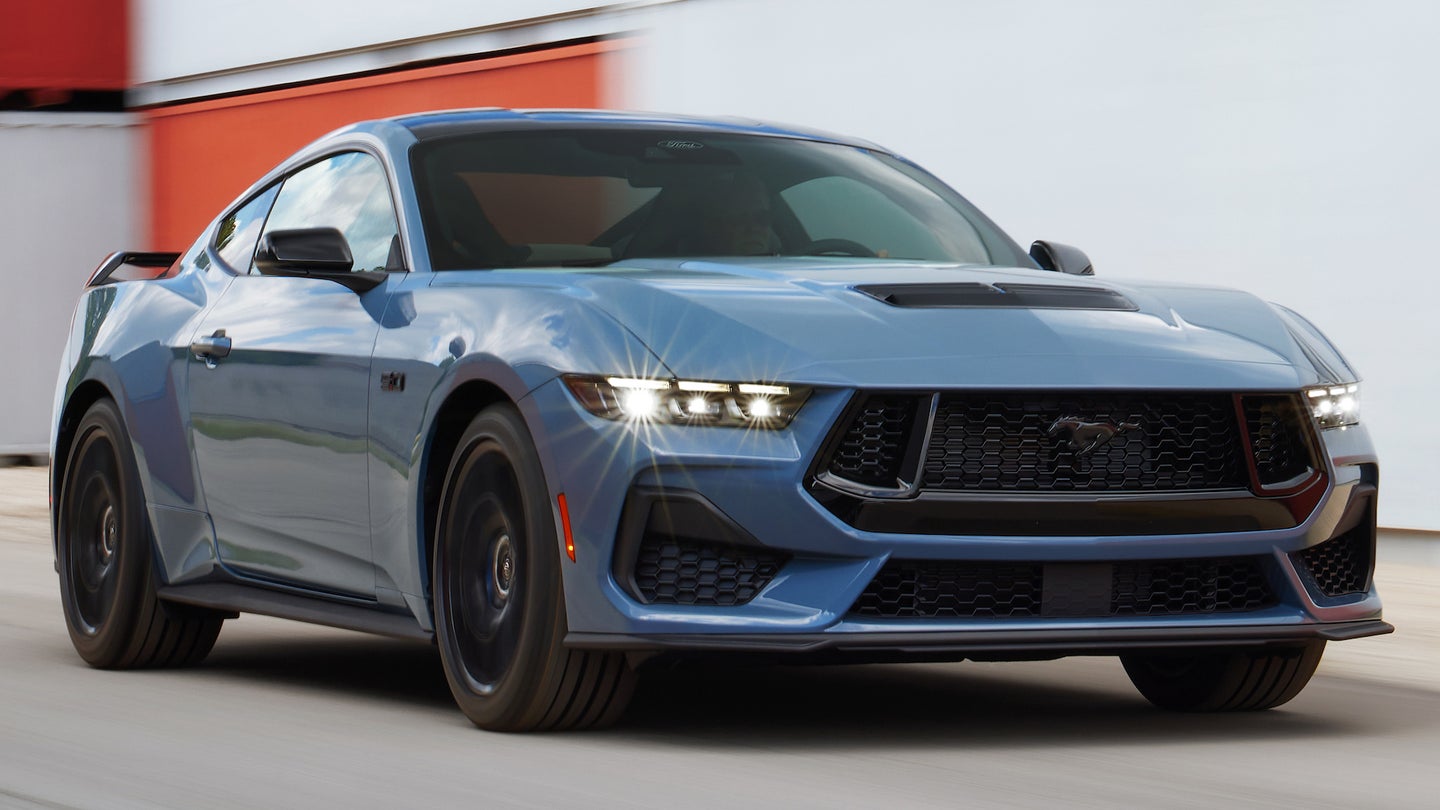 The new, more powerful 2024 Ford Mustang GT isn’t due out for a while yet, but we recently caught ourselves wondering: How much horsepower does it make really? Ford hasn’t given any hard numbers yet, but we may have a decent idea based on the breadcrumbs Ford has left us—and the improvements it made to the current Mustang.

When the 2024 Mustang was revealed, Ford declared its GT’s 5.0-liter Coyote V8 will “deliver the most naturally aspirated horsepower of any Mustang GT.” It’ll achieve this with improved airflow on both ends of the engine, with dual intakes, separate throttle bodies, longer-duration camshafts, and a new exhaust manifold. One version of the engine in the Dark Horse, a track-focused model in the vein of the Mach 1, will also add GT500-sourced rods to get close to the 500-horsepower mark. Ford says it’s “projecting” that output.

The 2023 GT makes 450 hp and 410 pound-feet of torque, and the Dark Horse gets about 500, which would leave the new GT somewhere in the middle. It may be safe to hazard a guess based on tweaks made to the Coyote for special models of the S550, like the aforementioned, Shelby-undercutting Mach 1. It borrowed an enlarged throttle body and longer intake from the discontinued Bullitt, adding 20 hp and 10 lb-ft. (Ford previously boasted more, but outputs decreased for the 2022 model year.) These changes aren’t apples to apples, but better flow is better flow, so 470 to 480 hp seems a safe estimate for the 2024 Mustang GT.

Despite Ford clearly laying out boundaries for the Mustang GT’s power output, at least one source indicates that its power may not increase at all. Citing sources familiar with the matter, Ford Authority insists the 2024 GT’s power will remain static at 450 hp. Ford was explicit that the 2024 GT gets more power, and a Ford spokesperson reiterated that on a call, telling us to expect “more [power] than we offer today.” Furthermore, they advised that we “stay tuned” for the real number. With 2023 and the new Mustang’s arrival next summer drawing up on us, it means we won’t have to wait forever to see the whole picture.

The post The 2024 Ford Mustang GT Will Make More Horsepower Than Before. But How Much More? appeared first on The Drive.