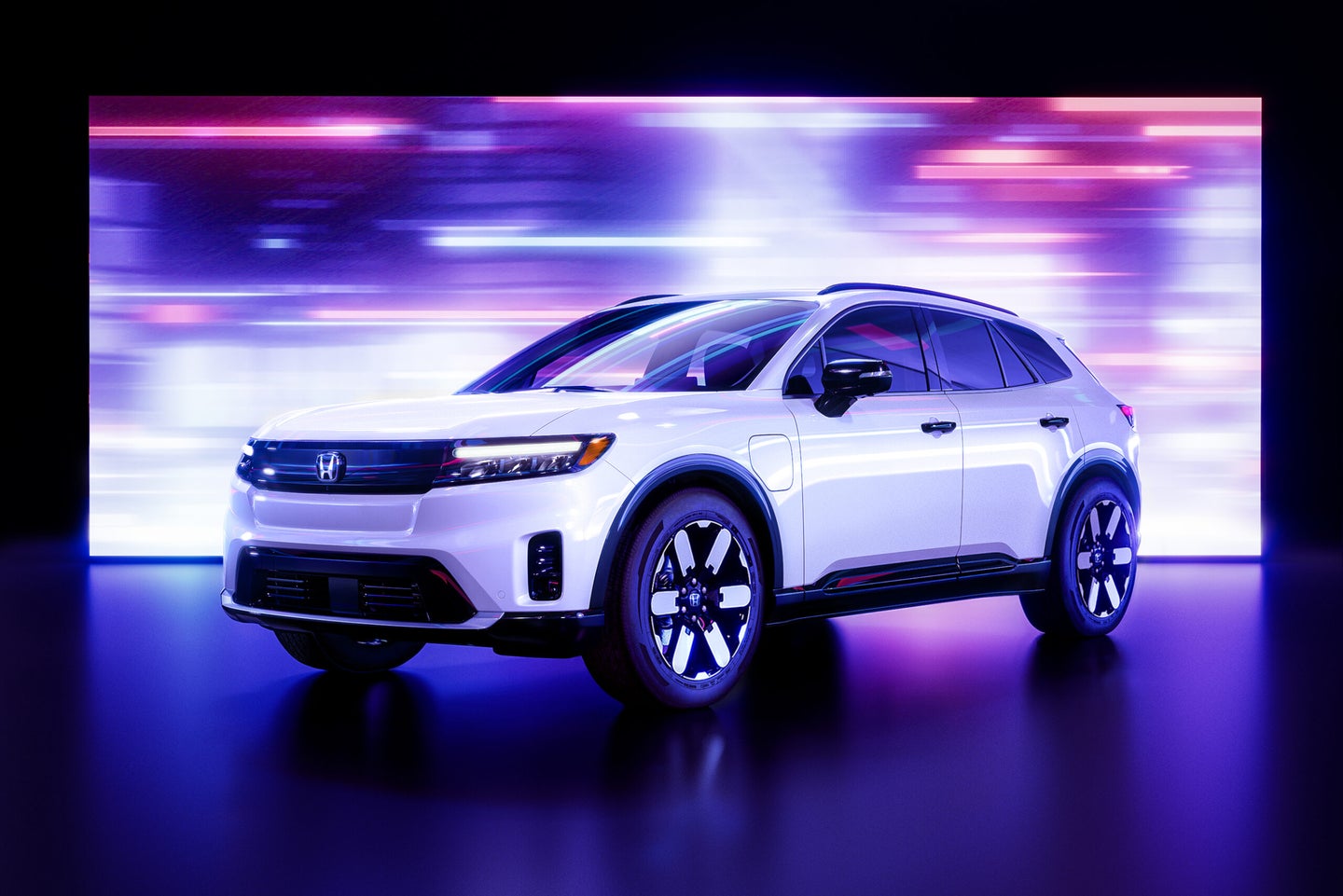 Honda released photos and scant few details of the new 2024 Honda Prologue, the automaker’s first fully electric SUV. This is an important product for Honda as the world accelerates toward adopting EVs and, while we don’t know details about range, power, price, or performance, this one at least looks the part.

With the debut of the Prologue comes lofty goals. Honda says it will unveil 30 new EVs globally by 2030 and sell 2 million of them. It also wants to achieve carbon neutrality for the entire corporate umbrella by 2050, leading to “100% zero-emission automobile sales by 2040.” By 2027, it claims sales will begin on “affordable EVs.” In less than 20 years Honda wants to reinvent the brand, starting with this SUV.

And it looks quite nice. It isn’t radical and is actually conventional while being fresh. It also has some nice tricks, at least in the photos. The entire car looks short and squat thanks to well-hidden cladding, complimented by a narrowing greenhouse towards the rear of the car. It does look athletic, avoiding a lot of the cumbersome SUV tropes. Especially compared to the Passport, it’s attractive and doesn’t look too pedestrian.

The interior is relatively standard Honda, except it uses a huge 11.3-inch central infotainment screen and a tablet-style mounting for the 11-inch gauge cluster. A weirdly huge dead space to the left of the infotainment draws the eyes, but it’s clearly a new generation of interior UX for Honda. The steering wheel controls are also distinctly different from the most recent Honda cars. Overall, the interior is also pretty conventional and on-trend.

Thank goodness there’s a volume knob and what look like physical buttons for the HVAC and steering wheel. The only real technical detail is that the Prologue was co-developed with General Motors. Thus, the Prologue has a direct relation to the Saturn Vue Redline that used a Honda J-series V6 engine.

Honda calls the design philosophy “neo-rugged.” Which, sure, it is. It plans to funnel customers into this SUV by whetting their appetite with the new CR-V Hybrid. With a plan to make 50% of all CR-V sales hybrid models and offering a short-term two-year lease, Honda wants those lease exchange CR-V Hybrid customers to convert into the Prologue.

We will have to wait until 2024 for the full launch of the car. And with Honda having a habit of making information a trickle instead of a flood, we’ll surely hear more about it in the next few months.

The post The 2024 Honda Prologue EV Is Here To Woo CR-V Buyers appeared first on The Drive.