The Alpina B7 is Dead, Ending Over 40 Years of Super 7 Series 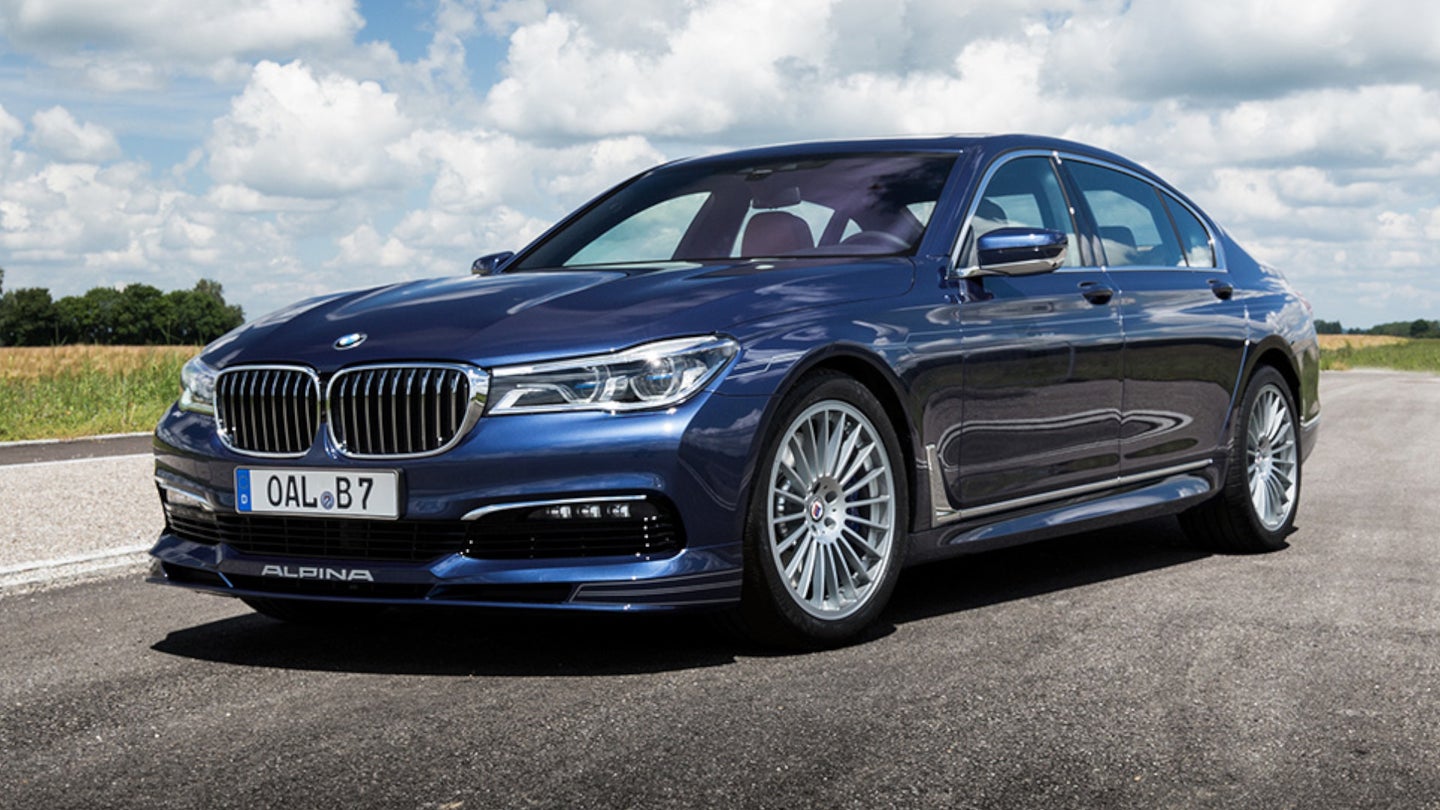 The Alpina B7 is no longer in production, with the company axing the model based on BMW’s 7 Series flagship.

As reported by CarBuzz, the end of the B7 coincides with the end of the G11/12 7-series sedan which it is based on. BMW has introduced the new G70 7 Series models to the market, and Alpina has chosen not to go ahead with creating its own version this time.

The last two examples of the B7 rolled off the production line painted in Alpina Green and Blue respectively. The last car built is reportedly destined for Scottsdale, Arizona, a sign of the brand’s popularity in the US.

Historically, the roots of the model go all the way back to 1977 when BMW launched the first 7 Series model. Alpina quickly developed its own models, known as the B8 and B9, based on the E23-generation car. It started Alpina’s tradition of tuning the BMW flagship for finer handling and higher power, with luxury touches throughout. That tradition continued with each new generation of 7 Series sedans.

The B7 moniker was adopted in 2004. Built on the E65 generation 7 Series, it featured a Alpina’s first use of supercharging on a 4.4-liter V8, good for 493 hp. By this era, Alpina was finding great success in the US, importing over 1,000 examples during the production run. The B7 Bi-Turbo followed on the F01 platform, with its twin-turbo V8 pushing on to 532 hp. The penultimate model continued to prioritize tuned V8s over V12s. The weight savings helped improve handling and Alpinas were never particularly lacking for power, anyway.

Now, the B7 story is over. The loss of the model doesn’t mean that Alpina is in dire straits, but it is a time of change for the company. Alpina was recently purchased by BMW, with a goal being to support the company as the market transitions towards electrification. Exceptions in legislation that make business easier for smaller automakers are drying up, particularly in Europe, too. Thus, nestling Alpina under BMW’s wing is a decision that makes a lot of sense.

2021 was the company’s most successful year yet, thanks to a surge in luxury vehicle sales during the pandemic. The loss of the B7 seems unlikely to dent that success. At the top of its range, Alpina now offers the XB7 SUV, based on the X7, as well as the B8, based on the M8 Gran Coupe. Both vehicles had come to overshadow the B7 as flagships in their own right, in particular the four-door B8. Below those, the company offers a range of luxury models based on the 3 Series, 5 Series, and X3.

Realistically, it’s a smart move from Alpina to slim down its offering. It’s unlikely there’s anything the B7 would offer that owners couldn’t get in the B8 Gran Coupe instead. Thus, duplicating the engineering effort to have two luxe sedans would be folly for the small operation. However, it is still sad to see such a rare and storied nameplate put out to pasture. Vale.

The post The Alpina B7 is Dead, Ending Over 40 Years of Super 7 Series appeared first on The Drive.