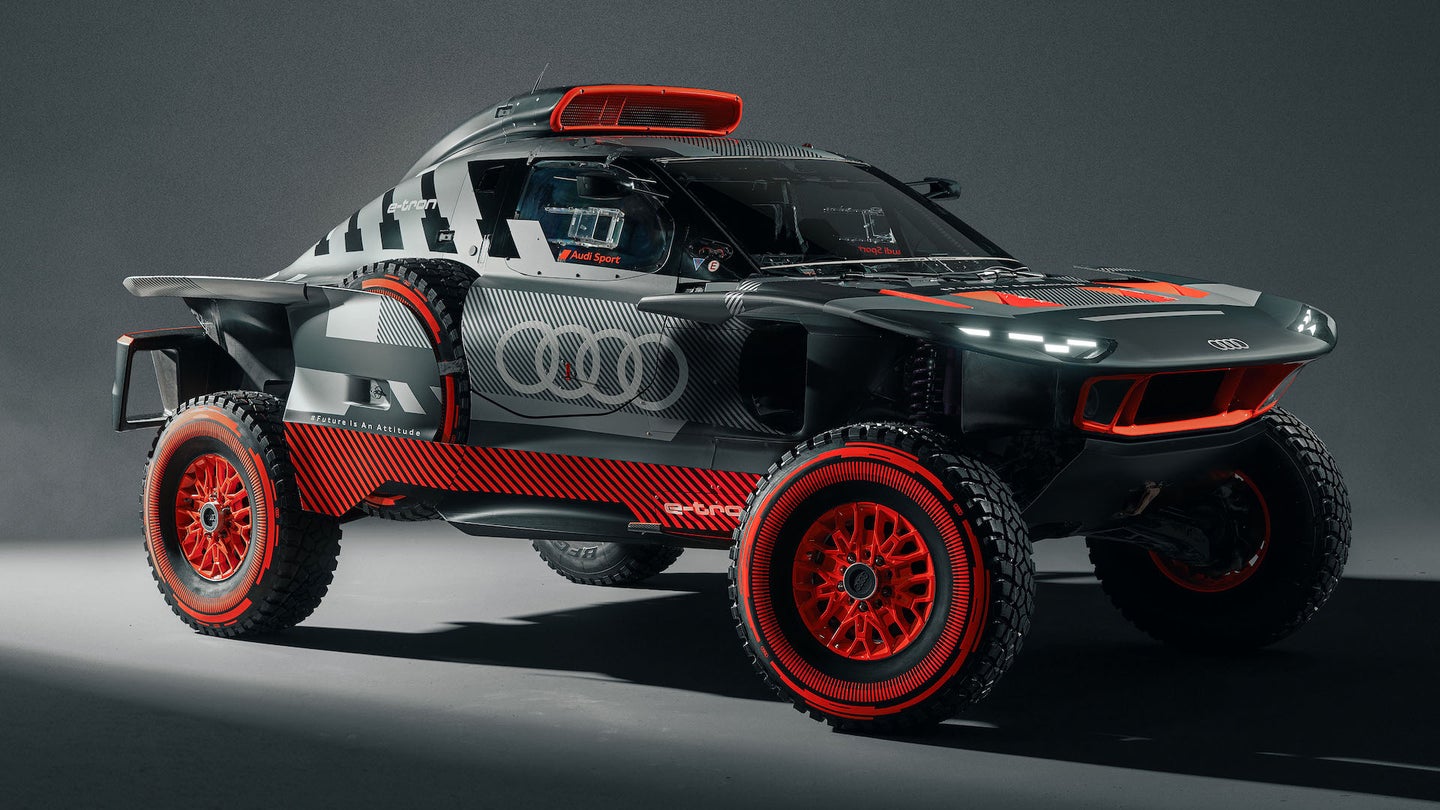 It’s hard not to get excited when carmakers bring back evocative classic names, like Bronco, or Ralliart. Or, in Audi’s case, E2, the name of the final, most extreme version of its Group B rally legend, the Sport Quattro S1. Decades later, E2 is back to signify the seriously upgraded version of Audi’s Dakar rally prototype, the RS Q E-Tron E2.

The original RS Q E-Tron launched last year as a cutting-edge rally truck built for the Dakar Rally, with an unusual series-hybrid drivetrain usually seen in diesel trains. It’s powered by a DTM engine, which rather than turning the wheels cranks a generator to charge a battery, which then powers motors on each axle. The concept ultimately proved successful, winning a rally in Abu Dhabi in March, but it left tons of room for improvement. That’s what the E2 is here to capitalize on.

For its evolved RS Q E-Tron, Audi Sport has completely redesigned the truck’s body, reusing precisely zero parts according to chief designer Axel Löffler. Its body is now shaped like a boat hull, tapering at either end with its widest point being the cockpit. Overall frontal area increases, which is bad for drag, but it achieves a slicker form anyway with redesigned clamshells, reduced fenders, and no underflow channeling. This cuts energy consumption at the truck’s rule-limited top speed of 106 mph, and cuts weight, lowering the center of gravity—an important improvement given the original RS Q was overweight.

The new body also makes the truck easier to service in the field, with easier access to spare wheels. The wheels are redesigned 10-spoke Rotiforms that are easier to handle and therefore change. Updated controls make driving easier, while improved software optimizes multiple functions to reduce energy consumption. The original truck apparently had AC so strong it could freeze its own coolant, so it now has an intermittent mode. Accessories like the fans and servo pump now have lower-power modes that can run between special stages, while the drivetrain has been recalibrated to prevent penalties for energy overuse.

The post The Audi RS Q E-Tron E2 Off-Roader Calls Back to Rally Royalty appeared first on The Drive.