The Base 2024 Ford Mustang’s Interior Is the iPads 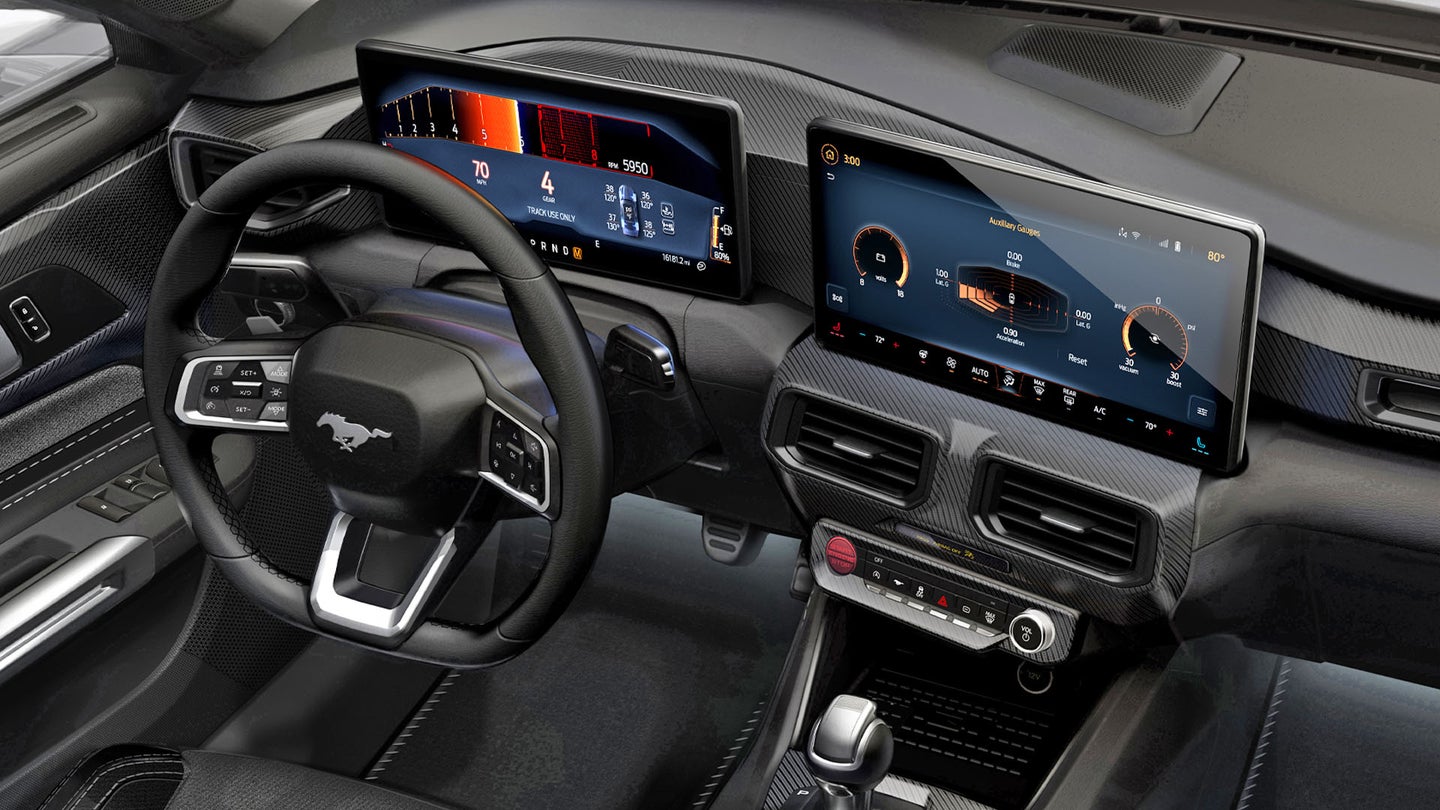 A lot can be said about the 2024 Ford Mustang, and its interior shouldn’t be left out of the conversation. It’s certainly an upgrade from a technological perspective, but most of the images Ford has shown so far are of higher-trim cars. The base interior is different than what you might’ve seen. It’s not quite as cohesive. It is the iPads.

What do I mean by that? Well, it’s two big tablets smacked right onto the dashboard. It’s sort of like the Mach-E, but not as carefully executed. The screen sizes between the cluster and the center stack don’t vary much, which adds to the illusion.

For what it’s worth, the screens are actually pretty big, especially for a base model car. It’s the iPads, sure, but compare it to something like the base Subaru WRX or even the top-of-the-line Cadillac CT4-V Blackwing and we’re getting a lot of display real estate considering the trim. We’ll see how much of that screen is bezel when it comes to production, but so far, so good.

The exact display sizes have not been given yet, so we don’t know if they’re the same screen. That being said, they do look super similar and it would make sense from a cost perspective to use identical units if possible.

So, not even the driver-focused Mustang can escape the free-floating tablet interior style. Few cars today can, really. Some automakers are actively against this sort of interior and say as much, but most consumers want screens in their cars and car companies are happy to oblige. At least we can get cool vintage gauges in the Mustang thanks to its digital cluster. That’s definitely something more automakers should do.

The post The Base 2024 Ford Mustang’s Interior Is the iPads appeared first on The Drive.