The Best Group B Audi Quattro S1 E2 Will Be Auctioned. Yes, That One 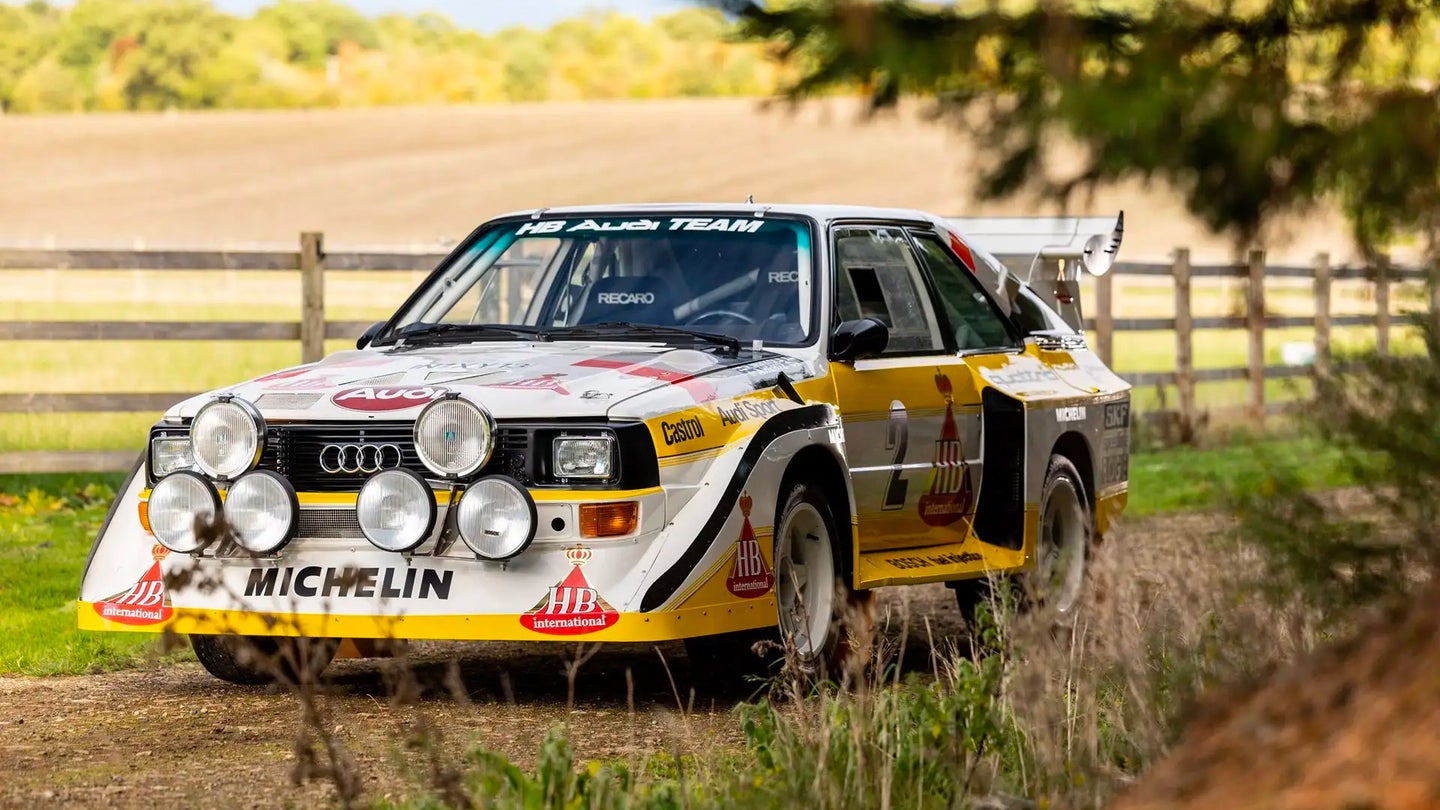 Group B was the most iconic era of rallying and the Audi Quattro S1 was the most dominant car of the time. Existing in several iterations throughout its short time on the motorsports scene in the 1980s, it transformed Audi into a name enthusiasts respect. Despite the vehicles’ immense popularity, just four of the rally legends exist in private hands. One is now coming up for sale.

On Nov. 5, RM Sothebys will auction off a 1985 Audi Quattro S1 E2, chassis number RE10. The E2 is the ultimate version of the car, the one you’ve definitely seen spitting flames and making legendary noises in videos online. With its iconic rally lights and Audi Sport livery, it will doubtlessly fetch millions.

Since its prime days on the dirt, the car has seen several owners, all of whom have driven and maintained the car. It’s also been completely restored, now with some civilized features like a glass windshield and a fly-off handbrake (one that doesn’t ratchet.)

Below is a clip of this very car running at the 1985 Lombard Rally, making its iconic sounds and spitting fire as usual.

It’s still producing around 550 horsepower from its five-cylinder engine. Power is sent to all four wheels, of course and to sprints to 100 mph in just 8.9 seconds.

Of the 20 S1 E2 Quattros built, just 15 are known to exist. Of those 15, only four are in private hands, as previously mentioned. That makes this car a once-in-a-lifetime purchase. Previously, S1 Quattros have sold for as much as 2 million euros. Expect this one to fetch more.

The post The Best Group B Audi Quattro S1 E2 Will Be Auctioned. Yes, That One appeared first on The Drive.