The BMW 128i Is a Criminally Underrated Endurance Race Car 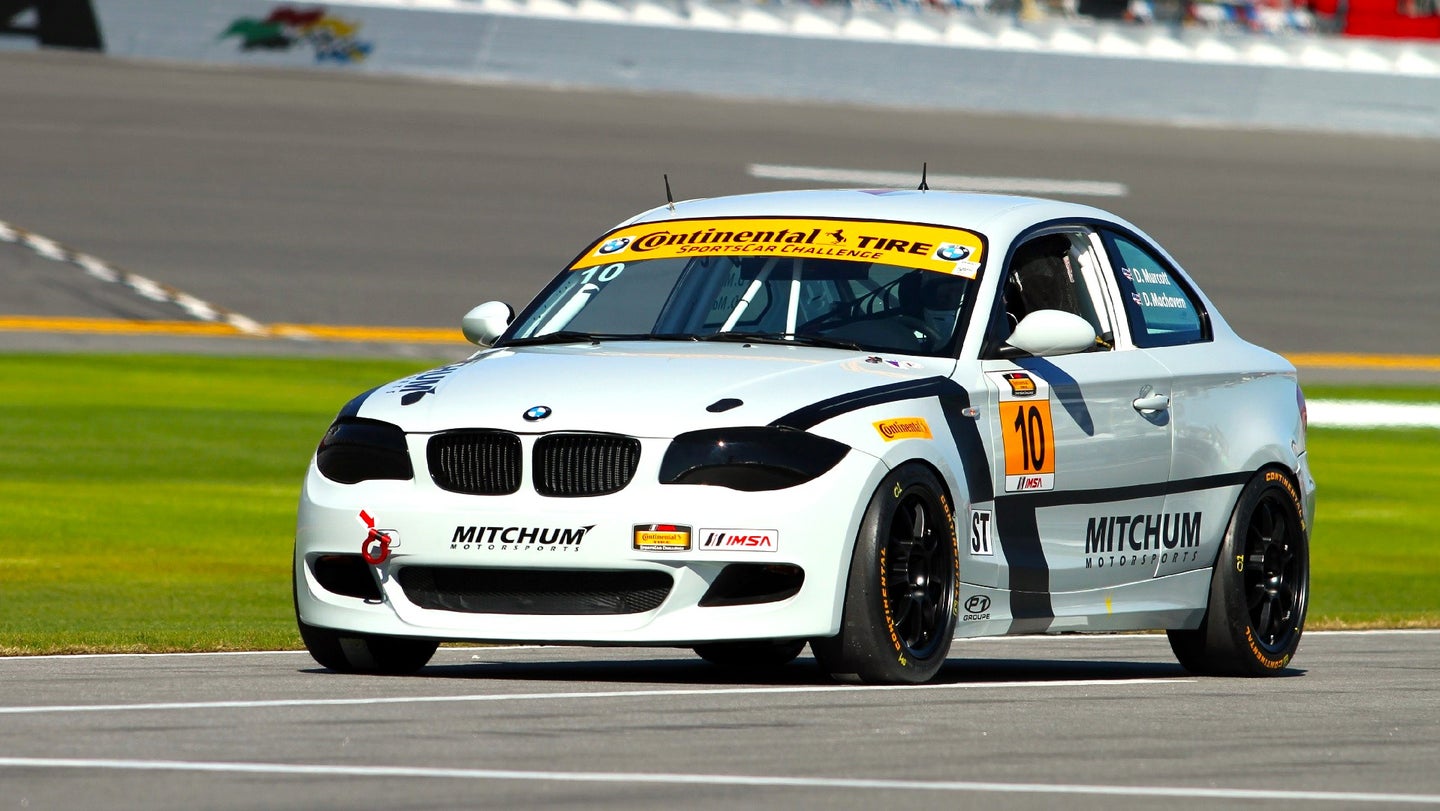 There are plenty of older BMWs that are excellent for hooning around a track. Many drivers reference E46-and-older models as the go-to options, while the 1-Series, specifically the the E82 128i, is often overlooked. The 135i usually gets all the attention for this chassis and generation, despite the 128i seeing a good amount of success in the IMSA Continental Tire Sports Car Challenge around 10 years ago.

When it comes to reliability, however, the 135i gets all the guff. Its complex twin- and single-turbo N54/N55 engines can be the source of tremendous heartbreak—just ask my poor colleague Chris Rosales about that.

But the 128i is largely missed by such reliability concerns. That’s because it uses a naturally aspirated N52 inline-six engine, thus doing away with all the forced-induction complexity and heat. This makes it a great track car and it’s one of the reasons why I chose the 128i as my own personal car back in March. I’ve been infatuated with it ever since.

To get the scoop on the 128i’s club racing potential, particularly in the National Auto Sport Association (NASA) Western Endurance Racing Championship (WERC), I hit up some folks who’ve successfully campaigned one for many years, HQ Autosport (HQA) based in Escondido, California.

HQ Autosport has been in the motorsports game for a long time. Its members have a lot of experience under their belts wrenching on and racing BMWs, and it’s amounted to a lot of winning. A while back I corresponded with them over Facebook Messenger and email to get some more insight into their racing program, as well as why they chose the E82 128i as one of their platforms for it.

“We’ve won the NASA 25 Hours of Thunderhill, the NASA 6 Hours of Utah (three times running), and the NASA WERC Series Championship in the E2 class for the last three years” reports Rob Henretta, member of the team. In fact, the team recently competed in the 6.5-hour 2022 NASA WERC Seaside Cup at Laguna Seca, following its 2022 Championships the weekend prior.

Endurance racing is a great motorsports litmus test of any car. As is inherent to its name, it’s a test of a car’s endurance under prolonged racing conditions. Fuel consumption, parts longevity, overall reliability, how it accommodates different drivers, and more; there’s a lot that gets put to the limit. HQ Autosport has found the 128i to be a great platform to win with for a number of reasons.

“The 128i is basically a short-wheelbase E90,” Henretta said. “The N52 inline-six is very reliable. We’ve had the car run as hot as 240 degrees on the first lap of a six-hour race and still win our class by four laps. The cars are very robust and well-made—we’ve had just 1 DNF due to a failed power steering pump.”

Plus, because it shares many parts with the E90 3-Series, a much more common BMW, parts availability is very good. This is crucial for keeping spares for both wrenching between races, as well as emergency fixes during races.

On the Whole, No Big Qualms

On the whole, the E8X has all the ingredients necessary to make a great race car. HQA’s endurance-specific race car still has heat and AC, but the interior is fully stripped otherwise. Henretta characterized its handling as E30-like.

“As far as handling goes, the only challenge we wrestle with is eliminating push” Henretta said. “The car tends to understeer and we chased it for about a year and a half before we made some setup tweaks with springs, rear sway bar, and aero, but adapting to new tires is a challenge.”

Mixing 200+ horsepower with E30 qualities is never a bad thing. “Our N52 motor can reliably make 230-245 RWHP with minor mods. The N54 is turbocharged, so you deal with a lot more heat and complexity from the turbos, intercoolers, and direct injection. As in most mechanical systems and all other things being equal, simpler is normally better.”

My anecdotal knowledge of manual transmission models being far less common was somewhat verified as well, as that’s something HQ Autosport has dealt with. Henretta shared that HQA’s car was actually an auto to begin with, so they had to do a six-speed manual conversion. He said there’s plenty of documentation on what parts to get, but re-coding the ECU to make it all work was a bit of a challenge.

More Folks Should Track These Things

From what I’ve learned from my correspondence with Rob, as well as my own experience, the 128i makes an excellent track car. It has that wonderful inline-six smoothness and power, hydraulic steering, rear-wheel drive, and good handling characteristics. Its short wheelbase is more akin to an E30 or even E36, and it has a factory power-to-weight ratio that’s near an E36 M3. It’s also more modern than an older 3 Series, is reasonably reliable, and has solid parts availability thanks to BMW’s platform sharing. Finding one with three pedals can be a bit tough, but they’re still out there.

The post The BMW 128i Is a Criminally Underrated Endurance Race Car appeared first on The Drive.