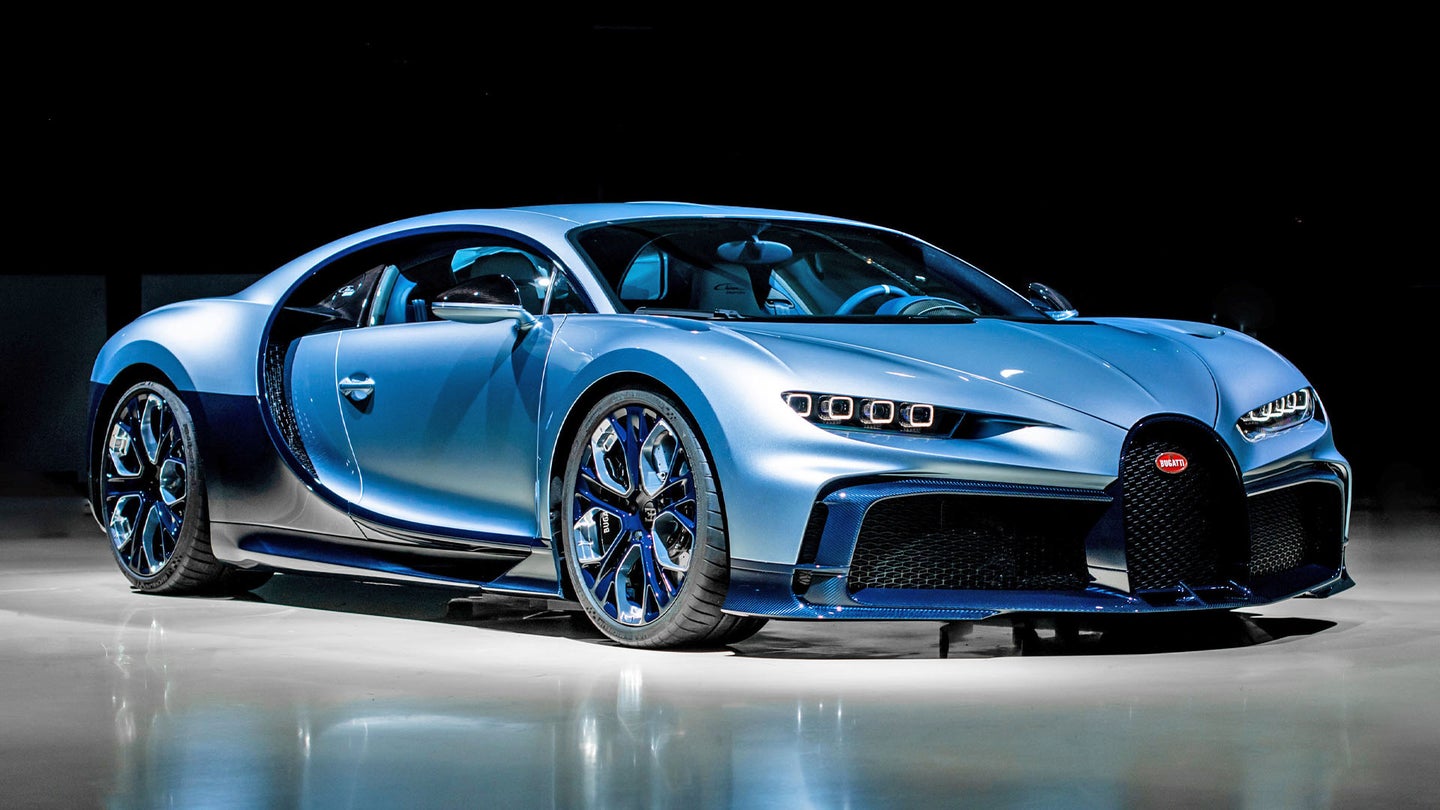 Ever think the Bugatti Chiron Pur Sport was too hardcore? I was just driving mine the other day and thought, man, if only this thing was a little softer but with the same amount of power. I was just about to pick up the phone to Molsheim when I saw this listing on RM Sothebys. The Bugatti Chiron Profilée Sounds like just the thing I need.

Unfortunately, my Bugatti only exists in my head. The Profilée, however, is very real, and there’s only one. Bugatti decided to make this middling trim as a sort of less-hardcore Pur Sport, which is the top-performing version of the car. By the time the company had it all figured out, it realized there weren’t enough Chiron build slots left to produce an earnest run of them. As a result, there’s only one.

Seeing as it would be a waste to just throw rocks at it, Bugatti decided to make it a full production car and sell it at auction. To be clear, it doesn’t appear to be street-legal in the United States. This will only be one very rich person’s problem, so I’m not really predisposed to explore the details, but on purchasing the vehicle, the buyer will only receive a bill of sale and approval to drive it in the EU. “Single-type approval for Europe.”

It has the same engine as the Pur Sport and the same 1,480 horsepower, but a fixed rear wing, softer springs, and a transmission with 15% shorter ratios. It also gets a custom interior with different badging and nicer leather. Imagine a Corvette ZR1 with a hypothetical 4LT package and an optional body-color rear wing. That’s pretty much what we’re looking at here.

Its performance is nearly identical to a Pur Sport, except its top speed is limited to 236 mph. It mostly looks different, and you can’t drive it on public roads stateside. How cool is that? Hey, check out the interior knee cushions that look like a logo from an air hockey table.

It will likely fetch millions of dollars when it goes under the hammer at Sotheby’s Paris auction in February. The auction house did not provide an estimated hammer price.

The post The Bugatti Chiron Profilée Is a One-Off Hypercar Bound for Some Rich Guy’s Car Dungeon appeared first on The Drive.