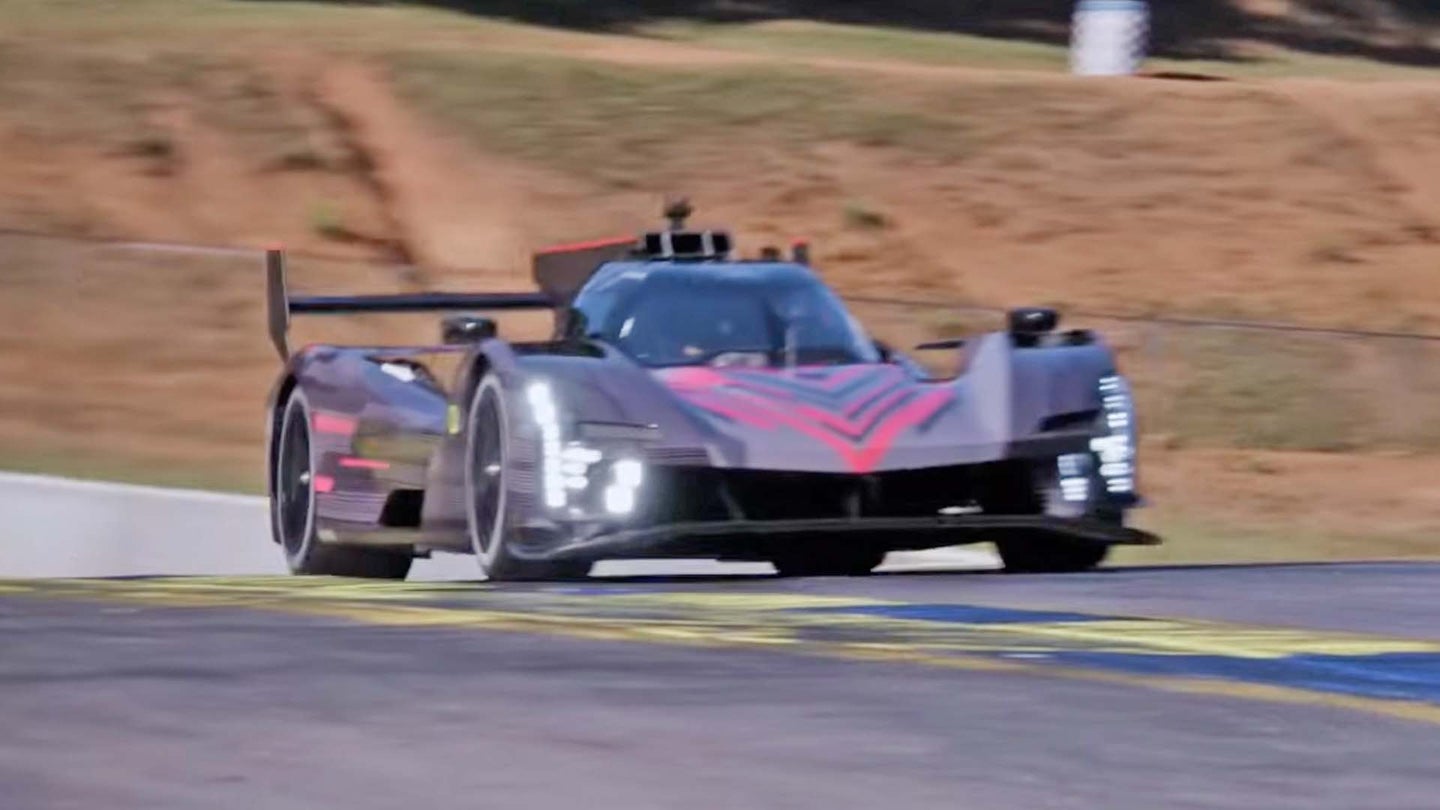 Cadillac has a shiny new race car for the 2023 LMDh class, and just like the prototype that came before it, this one features a high-revving, cross-plane V8. While many other high-performance eight-cylinder engines opt for a flat-plane crank—including the 2023 Chevy Corvette Z06 and its new racing-derived LT6—Caddy’s racecars don’t do it like that. The result is an unconventional and incredible sound, highlighted in a new video from the automaker.

It’s especially interesting because the Cadillac LMDh car takes off with power that’s exclusively provided by an electric motor. The engine then kicks in with a thud and rumble when the car gets moving quicker. It’s like the bang of a gun going off, and it’s pure high-octane internal combustion.

Take a listen for yourself:

The starting clip is followed by a short montage of the car testing on track. Spoiler alert: it’s fast. The engine and hybrid system are limited to a max output of about 670 horsepower; however, these things are extremely light with silly amounts of grip. LMDh cars all have a standard chassis, but the bodywork is largely up to the constructor. That means all of the competitors from Porsche, Lamborghini, Ferrari, and others including BMW will look, perform, and sound different from the Cadillac, even though they’ll all be roughly the same size and shape.

The Detroit automaker went on something of a PR blitz with the concept version of this race car last year. It featured transparent fins and sharp forged carbon aerodynamics, making us wish that at least some of these super cool parts would make it to production. We know better than that, of course. Despite the appeal of a flagship Blackwing in the form of a Cadillac hypercar, it’s far from likely, to say the least.

The post The Cadillac V-LMDh Sounds Brutal on Track With Its High-Revving Cross-Plane V8 appeared first on The Drive.