The EV Revolution Promised Wagons. So Where Are They? 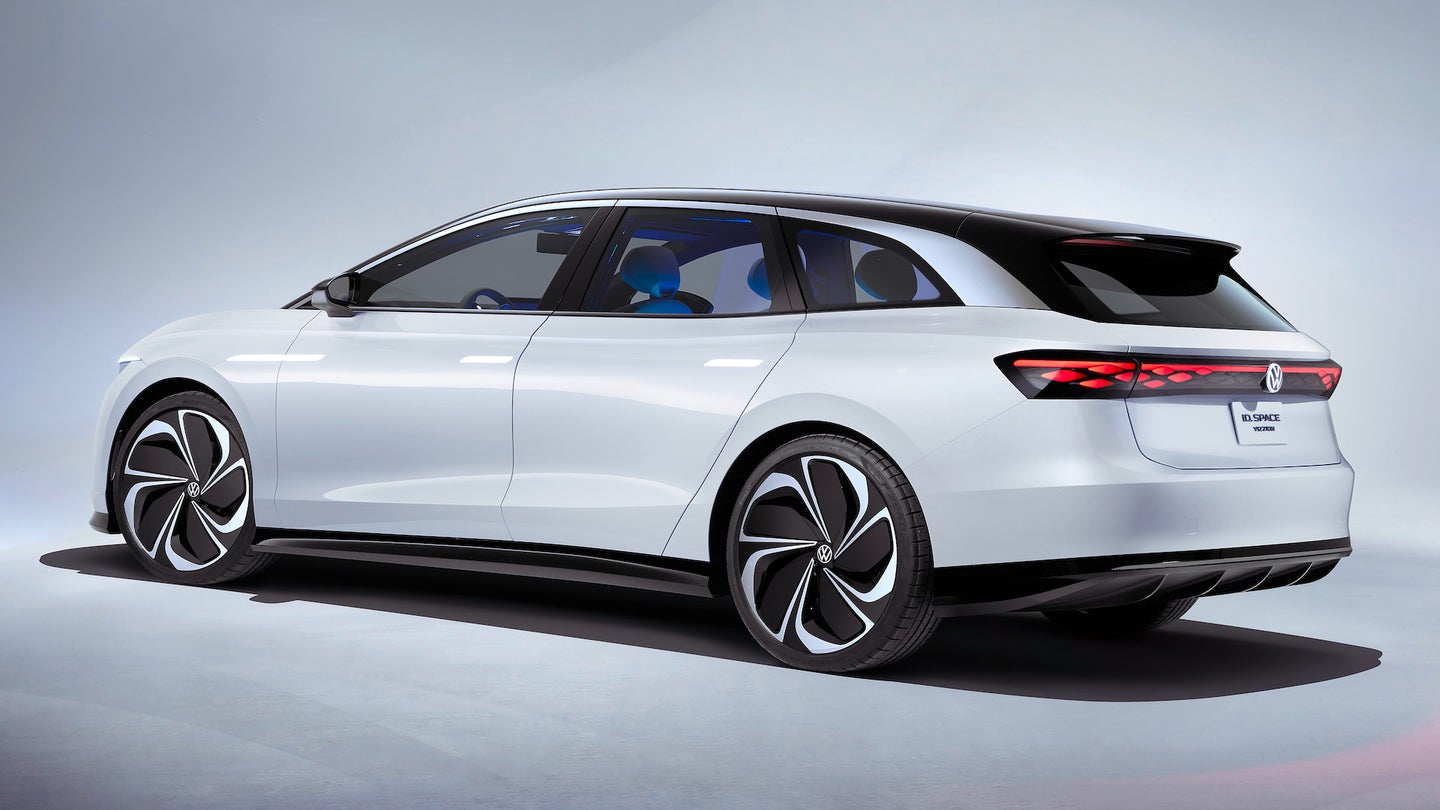 The legacy automakers’ big EV transition strategy has been built on the idea of modular platforms; of flat chassis that can accommodate any body style imaginable. To show us what they mean, they’ve dangled all manner of wacky concepts in front of us, from familiar-looking coupes to cartoonish off-road buggies. Now that even EV antagonists like Toyota have electric cars on the market though, the wagon options are still limited to but a single Porsche—the Taycan Cross Turismo and Sport Turismo. The EV age was supposed to bring about a body style renaissance, so what gives? Where are the wagons?

We grilled several automakers for answers, but unsurprisingly, few were willing to talk about why they haven’t delivered such a car. Fortunately, we were able to get an answer from Audi, whose Avant line has been the poster child for premium and high-performance wagons for nearly three decades. Audi’s stance is particularly interesting given its E-Tron GT‘s close relationship with the Taycan—the two share a platform—that should make it ripe for adaption into an electric Avant.

“In general, wagons—or in our case Avants—they don’t have a huge market,” Dahncke said. “They have a very enthusiastic and loyal market because they really believe in the product, and that can be seen by our RS6 Avant. But it is not a major market, and when you’re looking at entry into the electric space, then you want to really try to go into the segments that do bring some volume because it does bring down some cost. That, in turn, means a price that customers are willing to pay.”

In other words, an electric wagon just isn’t the foot in the door of the EV market that Audi (or any other carmaker) needs right now. They don’t have the broad appeal to compete on volume, and therefore price. Sure, Audi could use Porsche’s Taycan wagon as a shortcut to an E-Tron GT Avant to save costs, but such a car is tough to justify because it’d cannibalize sales. Not just from Porsche, but also from Audi’s preexisting high-performance wagon, the RS6 Avant. And it’d all be in the name of fighting for one of the smallest segments in the U.S. car market.

Wagons’ U.S. market share may have recovered in the late 2010s, but data from Auto Pacific shows their resurgence wasn’t sustained. Since peaking in 2017, wagon sales in the U.S. have dropped 30%. The drop-off is steeper still if you take the Subaru Outback (which accounts for the vast majority of wagon sales) out of the equation: non-Outback wagon sales are down 81% since 2017.

But that doesn’t mean there won’t eventually be an electric wagon. Dahncke reassured me that “there’ll be a lot more to come in the years ahead,” while Chrysler spokesperson David Elshoff hinted we’ll “have to stay tuned. Chrysler has yet to unveil its multi-vehicle, fully electrified future product line.”

Indeed, an electric wagon appears to be on the radar for Stellantis, as there’s a chance the Alfa Romeo Giulia will become one. For now, though, the nearest electric wagon appears to be coming from VW, which Electrive reports, is planning one based on its ID Space Vizzion concept. Reportedly coming next year, the wagon could be called the ID.7 Tourer, and will follow in the footsteps of an ID.7 sedan. It’s not yet clear if either will be sold in the U.S., but it should be obvious by now why VW might not. Given how the VW Arteon went down, one couldn’t blame VW for going all-in on electric SUVs (and vans). After all, it’s where the money is.

The post The EV Revolution Promised Wagons. So Where Are They? appeared first on The Drive.