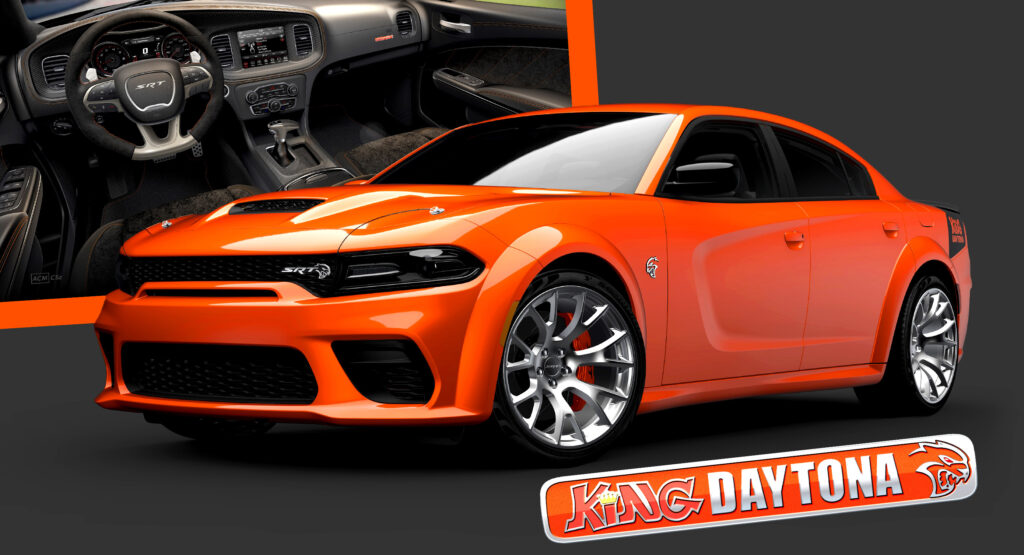 Dodge is assuring that the Charger goes out with a serious bang. The fifth special edition of its Last Call series is here and it’s called the King Daytona. Built atop the already batty and desirable Charger Hellcat Redeye Widebody, this four-door super sedan gets even more power and a classic color in honor of its namesake.

For the unaware, this is the very last year of the Dodge Charger and the Challenger. To commemorate the end of an era, Dodge is releasing seven “Last Call” special editions and the King Daytona might be the wildest to date. It honors “a true icon of muscle car history,” says Dodge CEO Tim Kuniskis. 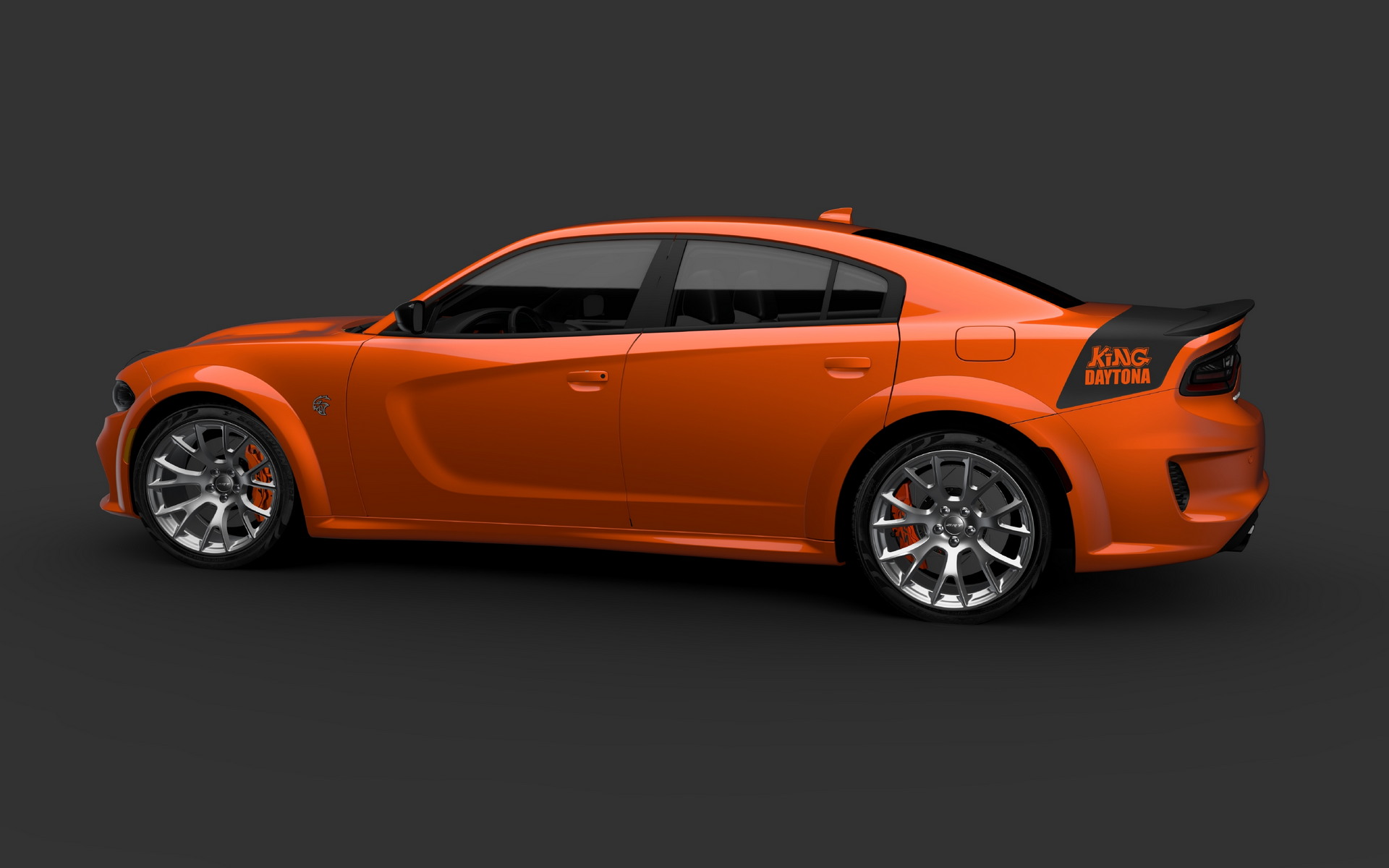 That icon is William “Big Willie” Robinson who came to fame in the West Coast drag racing scene with his 1969 Dodge Charger nicknamed “King Daytona.” In fact, that nickname will appear on the rear quarter panel of each one of the 300 King Daytona units that will roll off of the production line.

It gets other styling touches too including Go Mango orange paint, orange stitching in the cabin, an orange instrument panel, and other orange touches on the console, steering wheel, and door trim. Unique 20-inch carbon warp speed wheels pair with other satin chrome exterior badging too. Under the hood is an 807-hp (601 kW) supercharged V8. That’s 10 more ponies (7.4 kW) than you’d get in a normal Charger Hellcat Redeye Widebody. 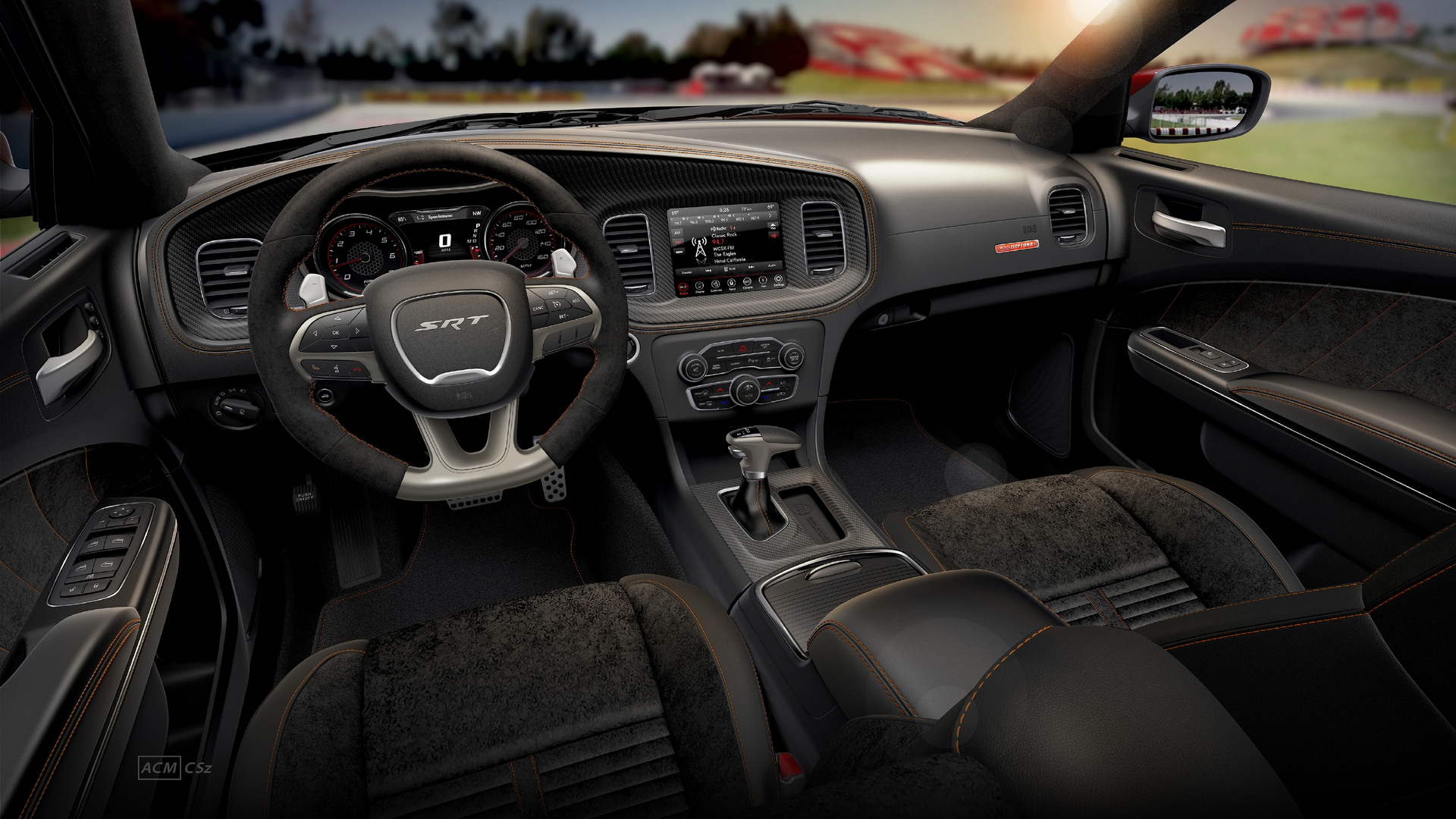 Here Are The Other ‘Last Call’ Dodge Models: