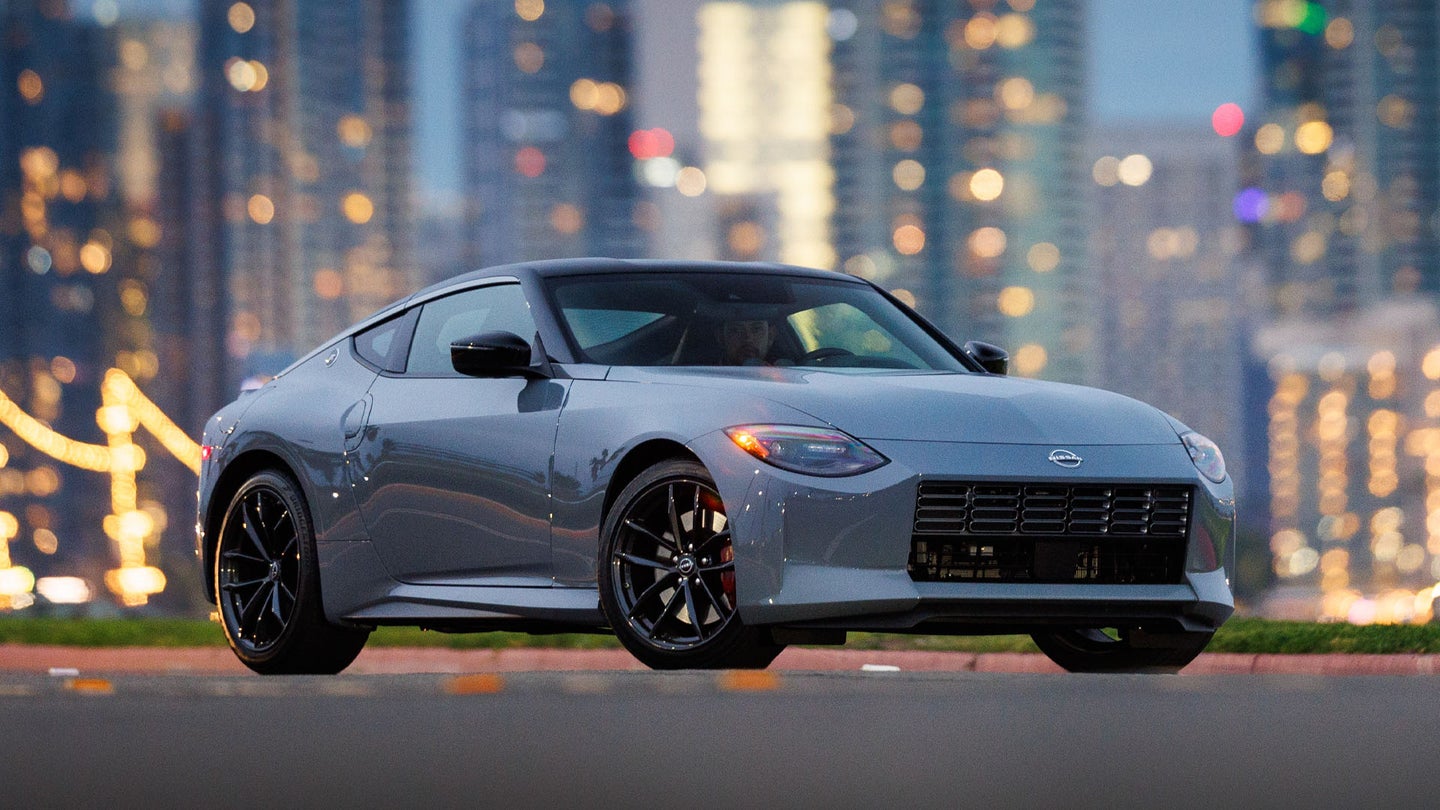 Nissan finally released a tune for the new twin-turbocharged Z. It requires no new hardware, yet the automaker claims it considerably increases the output of the car’s 3.0-liter VR30DDTT. It’s what enthusiasts have wanted for some time now, but don’t get too excited. The tune is only available for Japanese-market “Fairlady Zs,” and likewise, Nissan doesn’t say how much more power it makes.

The tune, “Nismo Sports Resetting Type 2,” may only be for automatic-equipped Z’s, too. Double whammy. The website initially indicates that it’s compatible with all RZ34 models—the current Z—but then that it’s only available “For AT vehicles in SPORTS mode” on a separate page. You’re giving us mixed messages, Nissan.

None of this should concern American Z fans because Nissan’s “Sports Resetting” tunes historically have not been sold in the United States directly from Nismo. In other words, even if this roughly $1,000 tune made a ton of power without any mods, we likely wouldn’t see it on our shores—at least not without a lot of effort.

Still, we don’t actually know how much power it makes because Nissan doesn’t say. Other tuners have been able to make healthy amounts of extra horsepower with simple ECU tunes like the one being offered here, but Nismo’s appeal is a warranty that comes along. We’d venture a guess to say that it’s likely more conservative than aftermarket tunes.

The kit doesn’t even appear to be available for order online. As Carscoops reports, it can be purchased at the Nismo Omori Factory as well as Nismo Performance Center, both of which are in Japan, of course. In a nutshell, it’s kinda like Dodge’s Power Brokers system. You can get the parts and even get them installed, but it must be done in person by approved techs.

Nismo parts are coming for the new Z, but we’re still waiting for them to arrive Stateside. When that time comes, let’s hope Nissan tells us how much more power we’re actually getting.

The post The First Factory-Backed Nismo Tune For the 2023 Nissan Z Is JDM Only appeared first on The Drive.