The Ford Focus ST Is No RS, But It’s Still A Very Competent Hot Hatch 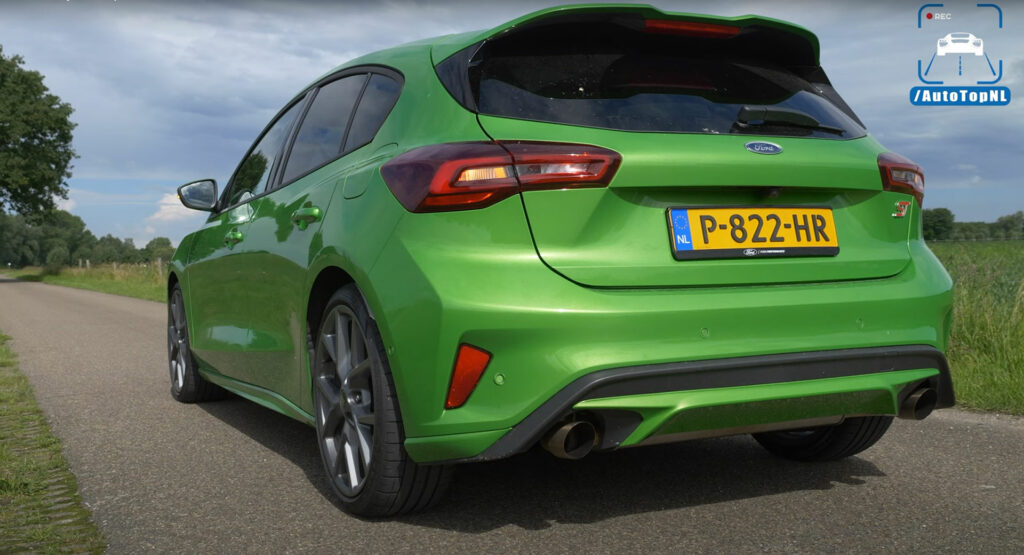 It’s a shame that Ford decided against building an RS version of the latest-generation Focus as such a car could have proven to be one of the last great hot hatches. It’s fortunate then that the Focus ST is a serious performer in its own right and is an absolute blast to drive.

To see what the hatch is capable of, AutoTopNL recently jumped behind the wheel of a bright green example and drove it along some twisty roads through the German countryside before heading onto the Autobahn to see just how fast the ultimate version of the Focus is.

Read Also: Full-Spec Ford Focus ST Facelift Cost As Much As The Base Ford Mustang In Australia

Powering the Focus ST is a 276 hp 2.3-liter EcoBoost turbocharged four-cylinder engine that drives the front wheels through a seven-speed dual-clutch transmission or a six-speed manual. The model featured in this POV video has the stick shift. Some of the ST’s rivals, including the Honda Civic Type R and Renault Megane R.S. Trophy, have more power but for most drivers, the Focus ST will feel more than fast enough.