Gas prices are at a record high, but it’s not the first time in the history of the automobile that we’ve been forced to pay through the nose at the pumps. And every time those prices spike, someone comes up with a wild idea to help drivers save money.

One of those wild ideas was the HMV FreeWay, the brainchild of Minnesota-based Dave Edmonson, who must have really hated parting with gas money during the 1979 oil crisis. HMV stood for “high-mileage vehicle” and the gas-powered version of the FreeWay was definitely that. Edmonson claimed 84 mpg for the single-seat, single-cylinder fiberglass-bodied trike in 12 hp (12 PS) guise, and a slightly less spectacular 60 mpg for the more performance-focused 16 hp (16 PS) version, though we’re definitely using “performance-focused” in its loosest, rather that its Ferrari, sense.

Power was sent to a CVT transmission, and then to the rear wheel via a chain. If you wanted to reverse, you needed to ask for a push, or get out and do it yourself. Braking, courtesy of drums, was equally rudimentary, but you did get fully independent suspension, and the option of electric power, but don’t get too excited. HMV quoted an output of just 4 hp (4 PS) for its EV, and while the Freeway must be light, that is a very puny power output.

If the idea of owning an EV with 0.2 percent of the output of a Rimac Nevera gets your motor humming you ought to get yourself over to Bring-a Trailer to check out this 1980 example. Listed as a non-running project, it’s going to need some wrench time to get it back on the road, but that could be an opportunity to upgrade the running gear and make it the kind of EV Edmonson probably dreamed of building but the technology of the time wouldn’t allow.

Related: Goldman Sachs Says That Fuel Prices At The Pump Are Going To Get A Lot Worse 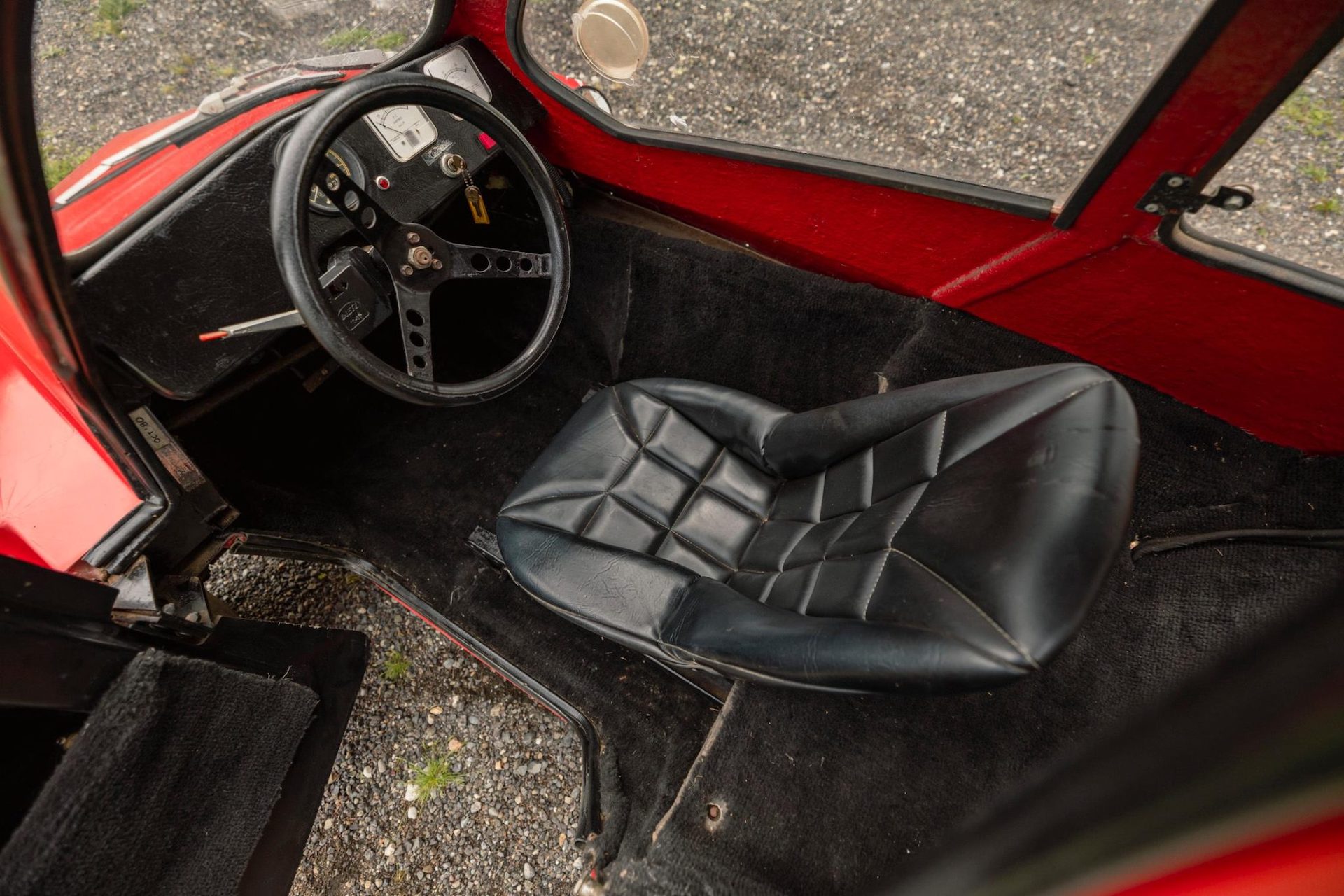 Apparently acquired last year from its original owner, this FreeWay comes equipped with a single black vinyl bucket seat, an 80 mph (129 km/h) speedometer, the upper two thirds of which is surely virgin territory, and well, that’s about all you get. When getting from A to B using as little energy as possible, you don’t want or need much else.

Edmonson managed to produce around 700 vehicles from his Burnsville, MN, base between 1979 and 1982, and given that gas prices spiked in the wake of the Iranian revolution and the resulting slowdown in oil exports, we can imagine that interest was reasonably strong at first.

But by the early 1980s oil prices were dropping again, and so was the reason to subject yourself to the terror of driving a rigid tent alongside 18-wheel semis on the way to work to save a few cents. Let’s hope someone preserves this one, though. Vehicles like the FreeWay are interesting waypoints on the road to mass adoption of electric power, and a reminder of the compromises some people were prepared to make in the past to skip the queue.