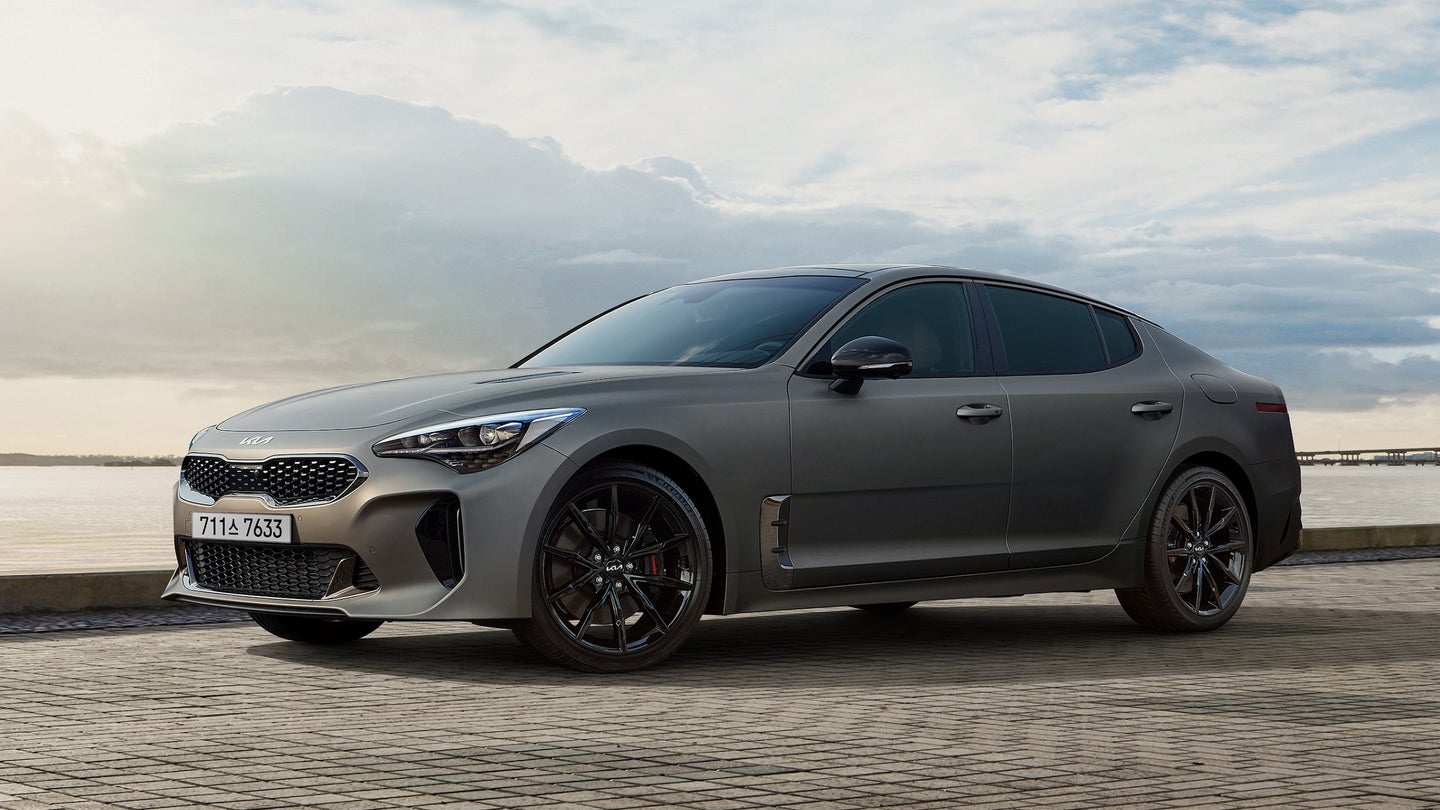 It’s been a good run but the Kia Stinger is, as previous reports predicted, going away. To send it off, Kia is releasing a Tribute Edition that brings some decidedly solemn color schemes to the sport sedan.

Limited to 1,000 models, the 2023 Kia Stinger Tribute Edition is based on the GT trim and gets a 3.3-liter twin-turbo V6 that makes 368 horsepower. The car comes in Ascot Green or a new matte Moonscape gray color and goes into funeral mode with black mirror caps, black Brembo brake calipers, and black 19-inch wheels.

Inside, Terracotta brown leather wraps the seats and door cards while a carbon-effect trim adorns the center console, and a new wasp logo (stingers, get it?) that Kia hasn’t yet shown us allegedly adorns the headrests. (We won’t believe it unti we see it, Kia.) Finally, a numbered plate on the door sills lets you know exactly which of the 1,000 Tribute Edition Stingers you have.

Starting out in 2017, the Kia Stinger was a value hero in the sport sedan space and arguably occupied a class of one. It was long, low, and rear-driven, and had an abnormally powerful V6 for a non-luxury sedan like this. It handled beautifully and looked great. For a lot of those same reasons though, the Stinger was quite weird in the eyes of the general public. It also commanded near-luxury money “for a Kia” without having the Telluride’s high-riding mass appeal, which is probably why it’s going away now.

An update came just last year and upped the Stinger’s power slightly and gave it bigger screens, but it looks like that version of the car will be short-lived.

Got a tip or question for the author about the Stinger Tribute Edition? You can reach him here: [email protected]

The post The Kia Stinger Is Going Away and the Tribute Edition Is the Last One appeared first on The Drive.