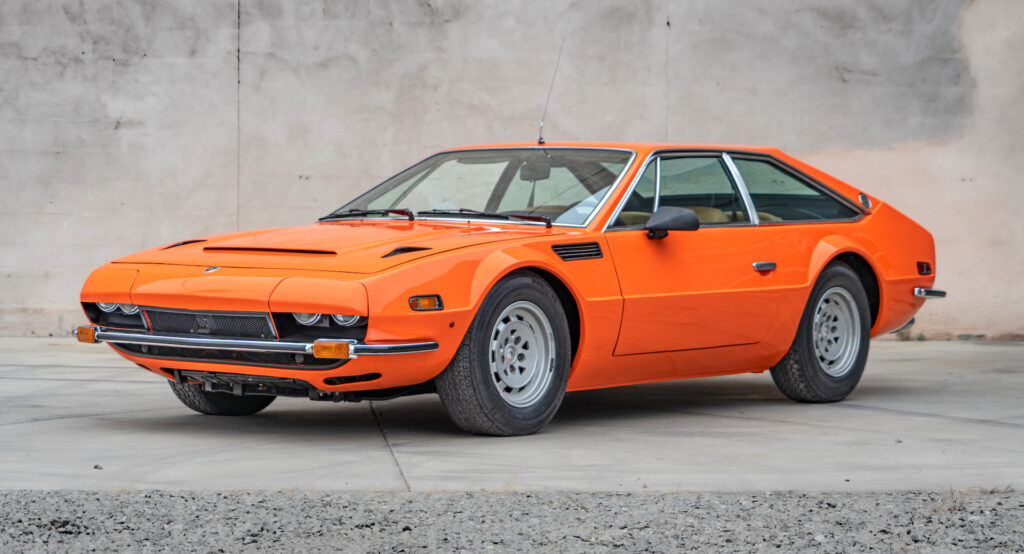 The Lamborghini Miura is arguably the most beautiful supercar ever built, and the Countach has one of the most memorable automotive shapes. But if you’d walked into a Lamborghini showroom in the early 1970s when those cars were new, you’d have seen another supercar fitted with the same V12 and designed by the same man, though you’ll struggle to find many people who’d call the Jarama beautiful or memorable.

Well, except for maybe Ferruccio Lamborghini, who once claimed in an interview it was his favorite model because it was sportier than an Espada, but more useable than a Miura. But both of those cars are far better known than the Jarama, despite the coupe enjoying a relatively long production run from 1970 to 1976.

Lamborghini had started off building front-engined V12 cars, and it continued to build them after the introduction of the Miura and its successor the Countach. The original 350 GT of 1963, the firm’s first production car, became the 400 GT when the 3.5-liter V12 was upgraded to 3.9 liters, and this time there was a 2+2 option. The GT gave way to the short-lived Islero in 1968, and that in turn handed the baton over to the Jarama in 1970.

Despite being designed by Marcello Gandini, the man who penned the Miura and would go on to create the Countach, the Jarama is an awkward design. The wheel arches are cut weirdly high into the front and rear fenders, and while the retracted headlamps give it an impressively sinister face that looks undeniably cool, the conventional fastback rear end is less memorable. But you could argue that its brutal combination of straight lines helped pave the way for the Countach prototype that appeared a year later, in 1971, and with a production run of fewer than 330 units, the Jarama is one of Lamborghini’s rarer cars.

Lamborghini upgraded the Jarama in 1972, adding an S to the name, NACA ducts and a scoop to the hood, and 15 hp (15 PS) to the power rating, giving the six-carb 3.9-liter V12 a claimed 360 hp (365 PS) output. The gorgeous 1960s knock-off rims were replaced with more contemporary five-lug wheels and an optional Chrysler Torqueflite three-speed automatic transmission enhanced its GT credentials.

That’s the transmission fitted to the 1975 Jarama S reviewed in this video by Colleen Sheehan of YouTube channel Ferraris Online, and currently being offered on the Bring-a-Trailer auction site. The one-time metallic blue, but now bright orange, Jarama S might just be your last chance to buy a Ferruccio-era Lamborghini without having to sell your house first.

The snag is it’s being listed as a project, because while it looks good in the pics, it needs some recommissioning, including a new set of tires, an air conditioning rebuild, headlamp overhaul, engine service and a brake job. Which doesn’t sound that bad, but we are talking an early 1970s Lamborghini, so it’s not like putting a Honda Accord back on the road after a two-year layup.

Are you a fan of Lamborghini’s ugliest car? And are you brave enough to buy this one? Leave a comment and let us know.