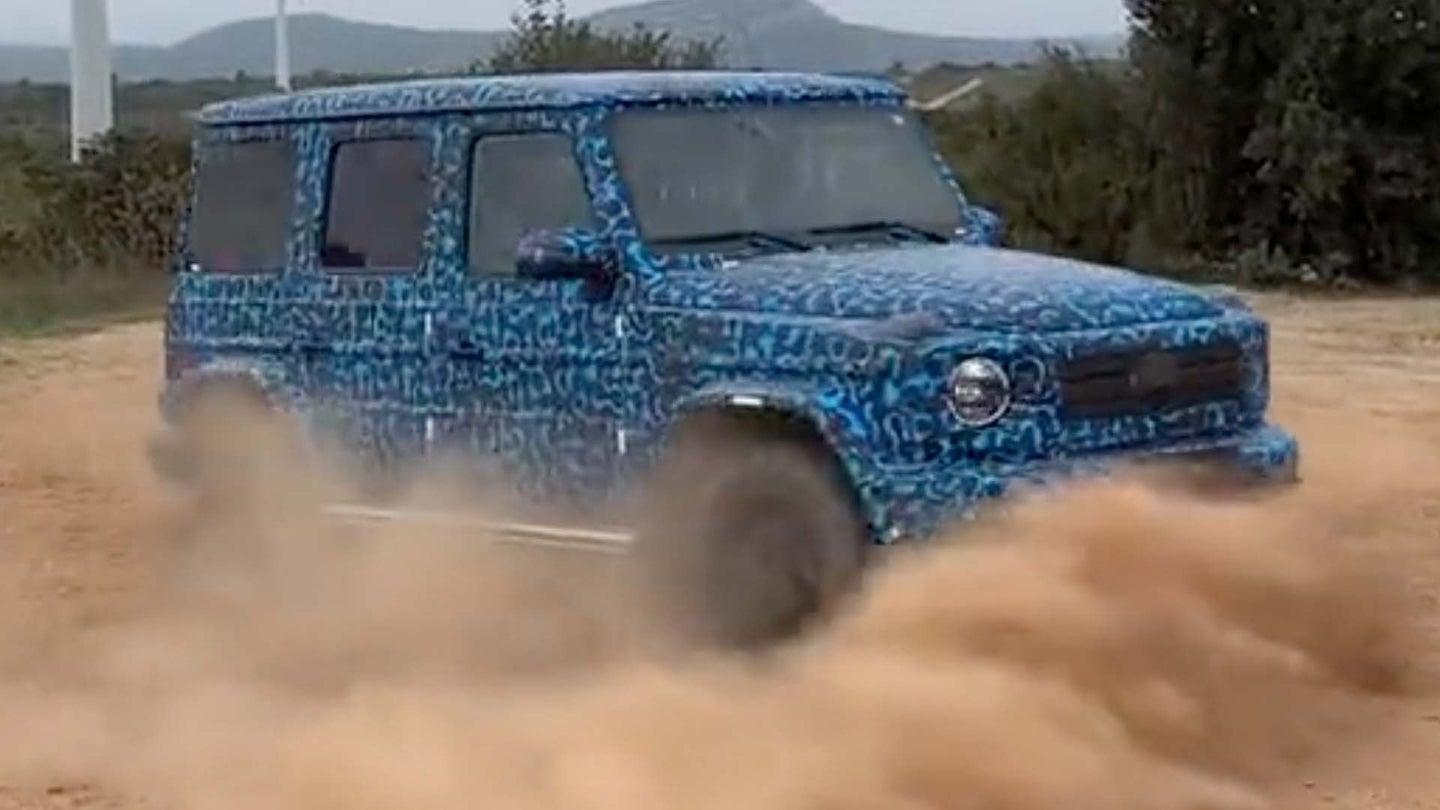 Mercedes’ teaser of a spinning electric G-Wagen prototype earlier this year gave us a taste of what its electric off-road SUV can do. Now, we have a better idea of its capabilities, thanks to more insight about the technical makeup of the G-Wagen EV prototype.

Said insight comes courtesy of Edmunds, which posted a video of a next-generation, electric Geländewagen prototype. The Mercedes EQG, as it’s expected to be called, was first shown rotating in place in May—all but confirming a four-motor setup. Much of the SUV’s makeup remained mysterious, however, until Mercedes officials detailed these EVs’ construction during a ridealong.

At the event, Mercedes reportedly confirmed the EQG rides on a ladder chassis like the conventional G, rather than the unibody platform of current EQ models. Tucking its batteries into its frame apparently makes it more rigid than the ICE model, never mind what it does for the center of gravity. That’ll be useful for the tall EQG both on the road and off it, whether scaling a steep incline or merely traversing across it. As for the batteries themselves, they reportedly have a new, high-density chemistry that improves range. But as with all EVs, those batteries are heavy and estimated to push the G’s curb weight into the mid-upper 6,000-pound range.

For a drivetrain, these prototypes use a quad-motor setup as expected, along with a shiftable 2-speed transmission. That’ll help range on the highway, but also maximize torque for rock crawling. It’s just as well, because in my experience of off-roading the quad-motor Rivian R1T and tri-motor GMC Hummer EV, I found the Rivian had the edge on traction.

Beyond that, the EQG was suggested earlier this year by a concept to use independent front suspension and a solid rear axle, much like the Ford Bronco. Most Mercedes-EQ models have four-wheel steering, which if present in the G-Wagen could combine the best of both the Rivian and Hummer, though Edmunds didn’t observe its presence. When the EQG is coming isn’t yet certain—Autocar reports it’ll be on sale in 2024—but Mercedes is clearly far along in development.

The post The Mercedes G-Wagen EV Has Party Tricks That Hint at a Super Off-Road Powertrain appeared first on The Drive.