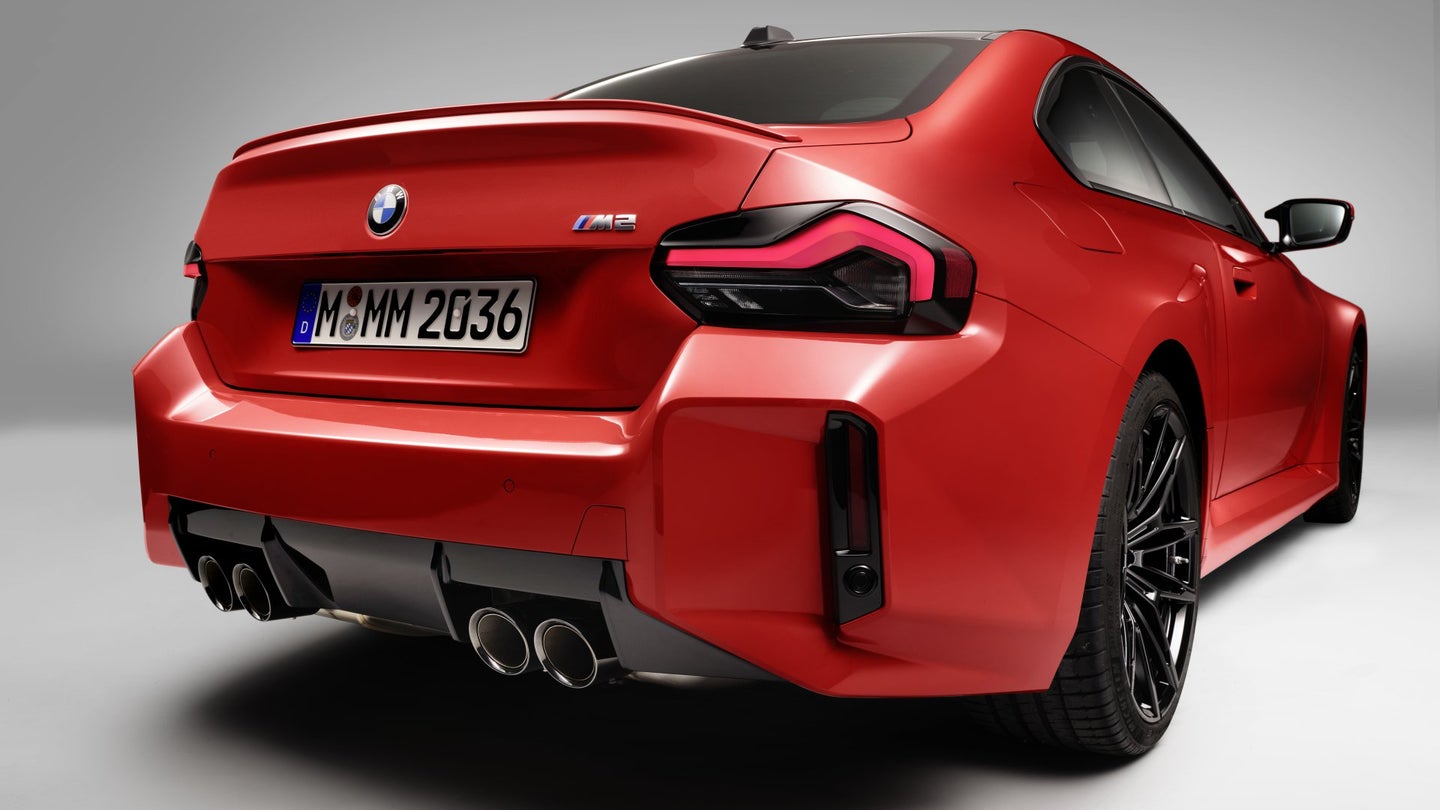 A lot of new BMWs are looking funny these days, and not in a haha kind of way. The grilles are big, the angles are sharp, and the new M2 is no stranger to the company’s new aesthetic ethos. Thankfully, Bavaria’s latest compact sports car is not quite as nasal as the brand’s larger “M” offerings, the M3 and the M4. That doesn’t mean it’s without its quirks, though.

The new M2, in short, looks different depending on where you decide to cast your gaze. From the back? Not so good. From the side? We’ve got boxed fenders and sharp lines right off an E30 M3. It’s polarizing: Definitely not as handsome as the outgoing 2 Series, but it is lower, longer, and wider than that car. “Unique” is a kind way of putting this phenomenon.

Mechanically the new M2 isn’t very unique, however. It’s literally a shortened M4 with a detuned inline six-cylinder engine compared to the M3 and M4 it was plucked from. It gets unique bodywork and other touches, of course, but it’s not turning the page dynamically as it is aesthetically. A stick shift is still available, thankfully, which keeps BMW’s classic sports car formula intact.

As previously mentioned, the front of the car lacks the enlarged vertical kidneys of the M4 and M3, but they’re still big. They look quite a bit more XM than classic M. The taillights likewise have hints of a newer, more angular BMW design ethos.

Overall, it could be worse. After driving a late-stage prototype of this car, I can tell you it’s dynamically pretty much identical to the outgoing M2. In other words, we get at least a handful more years of the compact BMW M car as we know it. Polarizing looks or not, that’s worth celebrating.

The post The New 2023 BMW M2 Looks Super and Shoddy Simultaneously appeared first on The Drive.