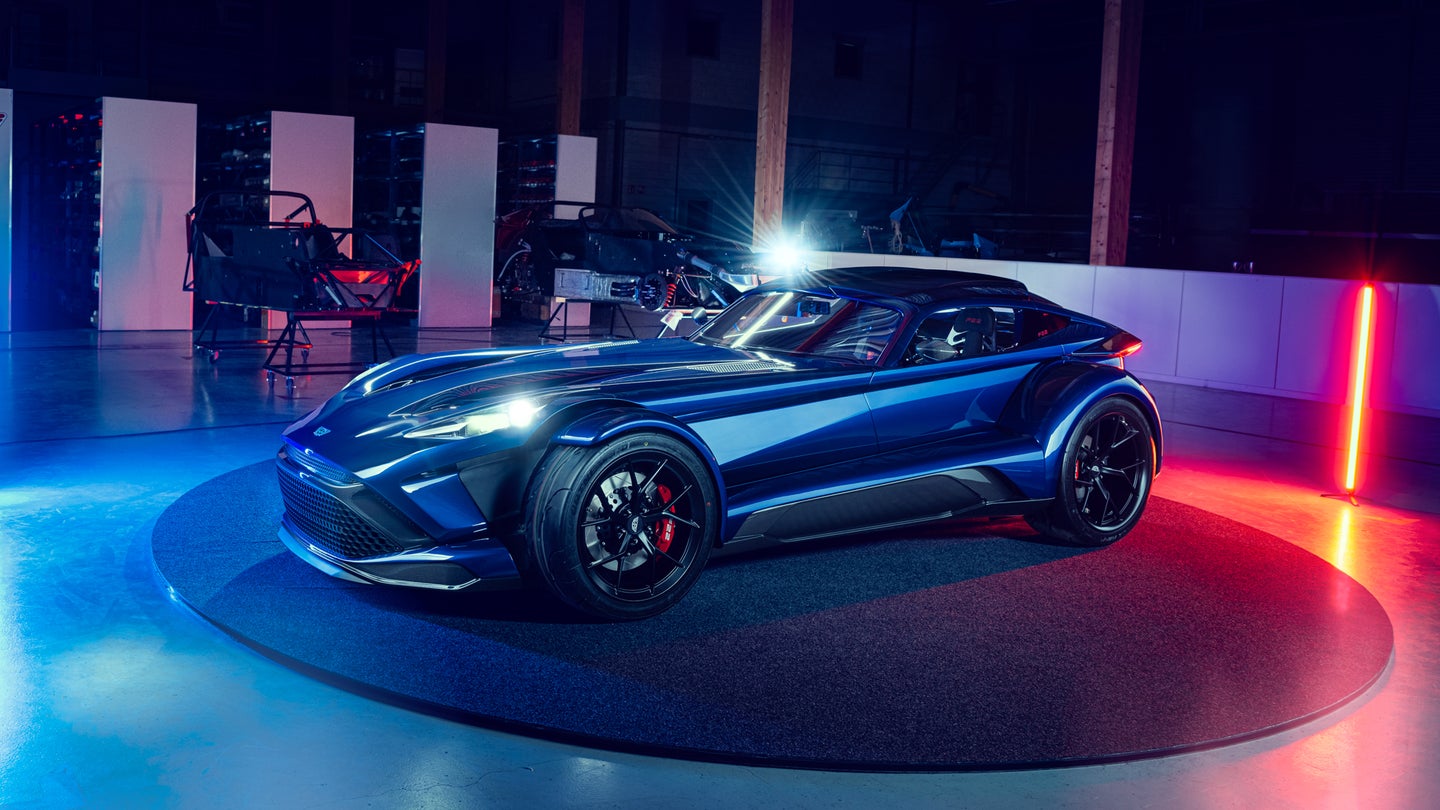 Every time I see a new Donkervoort, I feel like I’m having the best automotive fever dream. The Dutch boutique supercar builder makes some of the wildest, most violently fast cars in the world, with radical looks and spec sheets that boggle the mind. This new one, the Donkervoort F22, has a better power-to-weight ratio than a Bugatti Veyron.

The key to the Donkervoort F22’s incredible Veyron-beating power-to-weight ratio is that last bit—its weight. Thanks to a tubular steel, aluminum, and carbon fiber chassis, the F22 is a featherweight, tipping the scales at 750 kg (1,653). And thanks to its 500 horsepower turbocharged 2.5-liter five-cylinder Audi engine, the F22 has a power-to-weight ratio of about 666 horsepower per ton. The million-dollar, quad-turbocharged, W16-powered, 1,001 horsepower Veyron could only muster 492 horsepower per ton back in 2008. Admittedly, the Veyron was also an all-wheel drive, luxury-lined hypercar. The Donkervoort is a two-seat, stripped-out, hardcore sports car, more akin to something like a Caterham or an Ariel.

Donkervoort achieves those shocking performance figures in a surprisingly old-school way, too. Instead of some slick-shifting dual-clutch transmission and all-wheel drive, it uses a five-speed manual transmission, a Torsen limited-slip rear differential, and drives only its rear wheels. It also has cool carbon fiber Targa tops, so you can ruin your hair while you pull more than 2gs through corners.

The F22—named after Denis Donkervoort’s daughter Filippa, who was born in 2022, not the F22 Raptor fighter jet—will be sold in North America, Europe, and the Middle East. North American pricing hasn’t been released yet but it will cost €245,000 in Europe, which is a helluva lot cheaper than the Bugatti Veyron was when new.

The post The New Donkervoort F22 Has a Better Power-to-Weight Ratio Than a Bugatti Veyron appeared first on The Drive.