The Nissan Maxima Is Dead After Nearly 40 Years in Production 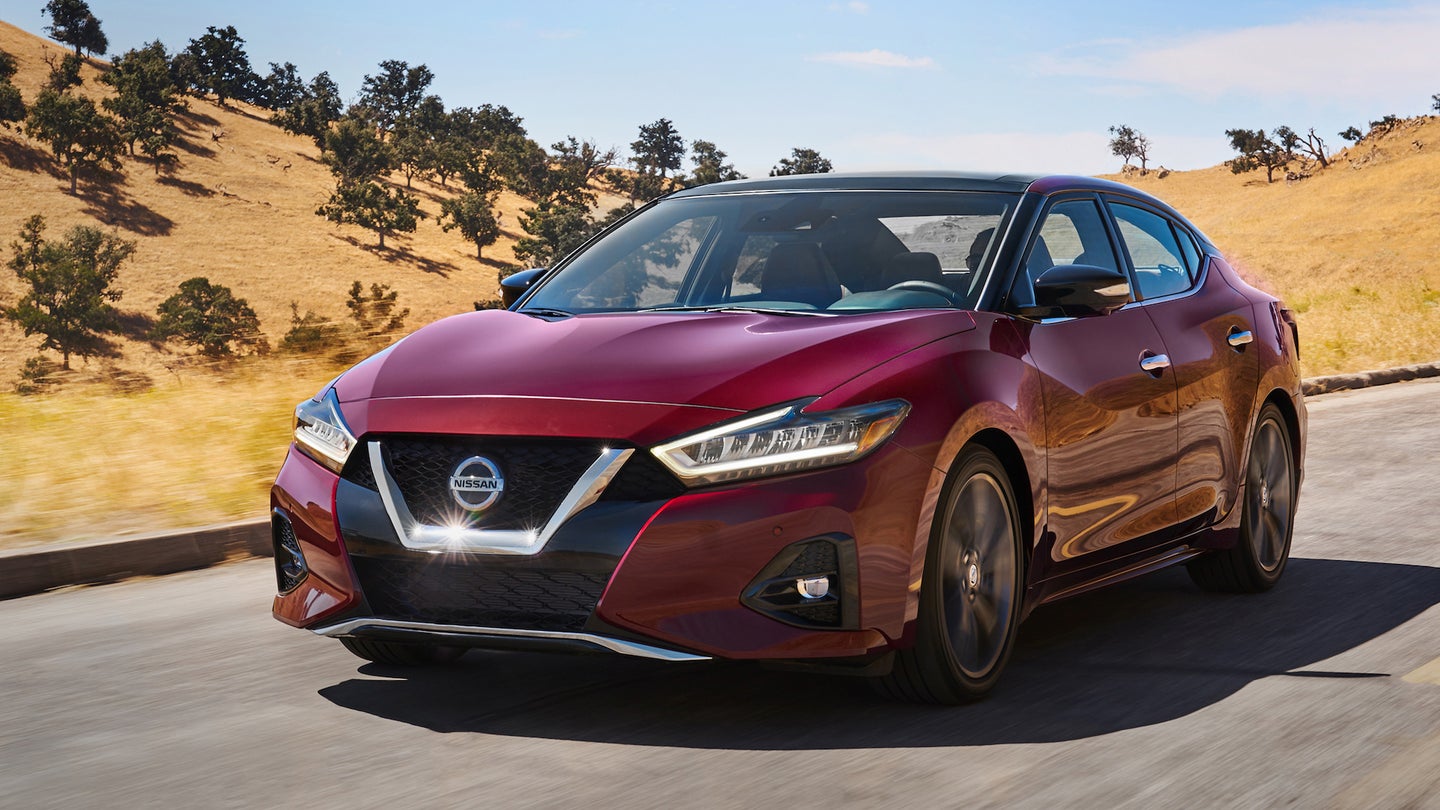 After more than 40 years of near-continuous production, the Nissan Maxima full-size sedan will be going away next year. In a statement to The Drive, a company spokesperson confirmed its Wednesday announcement to employees, suppliers, and dealers that Maxima production would stop sometime in the middle of 2023.

Interestingly, the statement gives a spiel about its electrification plans and ends with Nissan telling us to “please stay tuned for future Nissan Maxima news as we empower journeys through exciting vehicles and tech innovation.” This leads me to suspect that the Maxima name will eventually come back as an electric car of some sort. The automaker aims for 40 percent of its sales to be EVs by 2030.

Whether or not a resurrected e-Maxima actually happens, though, it sounds like it’s the end of the nameplate as we currently know it. First built way back in 1980 as an ’81 model year, Nissan’s so-called four-door sports car started life as a renamed, rebadged, second-generation Datsun 810. Throughout the ’90s and early ’00s, the Nissan sedan proved quite popular with annual U.S. sales frequently exceeding 100,000 units. The Maxima’s best-ever year was 1994 when Nissan debuted this guy:

Like an old T-shirt you long threw out and forgot about, the fourth-gen Maxima is one of those ’90s icons that no one really talks about anymore but has the uncanny ability to take you back 25 years in an instant. I had a friend whose mom drove a dark blue one and seeing it pull up to soccer practice was one of my first automotive memories.

In later years the Maxima’s popularity—and that of sedans like this in general—waned hard. But with such a long and mostly uninterrupted history, it will be a little sad to see it go. According to Nissan, the Maxima only ever took one year off since it entered the market: 2015, the year in between the now-penultimate seventh-gen and the one Nissan still sells today. The current car is powered by a 3.5-liter VQ V6 and is built in Smyrna, Tennessee.

Rest in peace, Maxima. Hopefully the automotive afterlife treats you well. Your roommate, the Toyota Avalon, will be waiting for you.

Got a tip or question for the author about the Nissan Maxima? You can reach him here: [email protected]

The post The Nissan Maxima Is Dead After Nearly 40 Years in Production appeared first on The Drive.