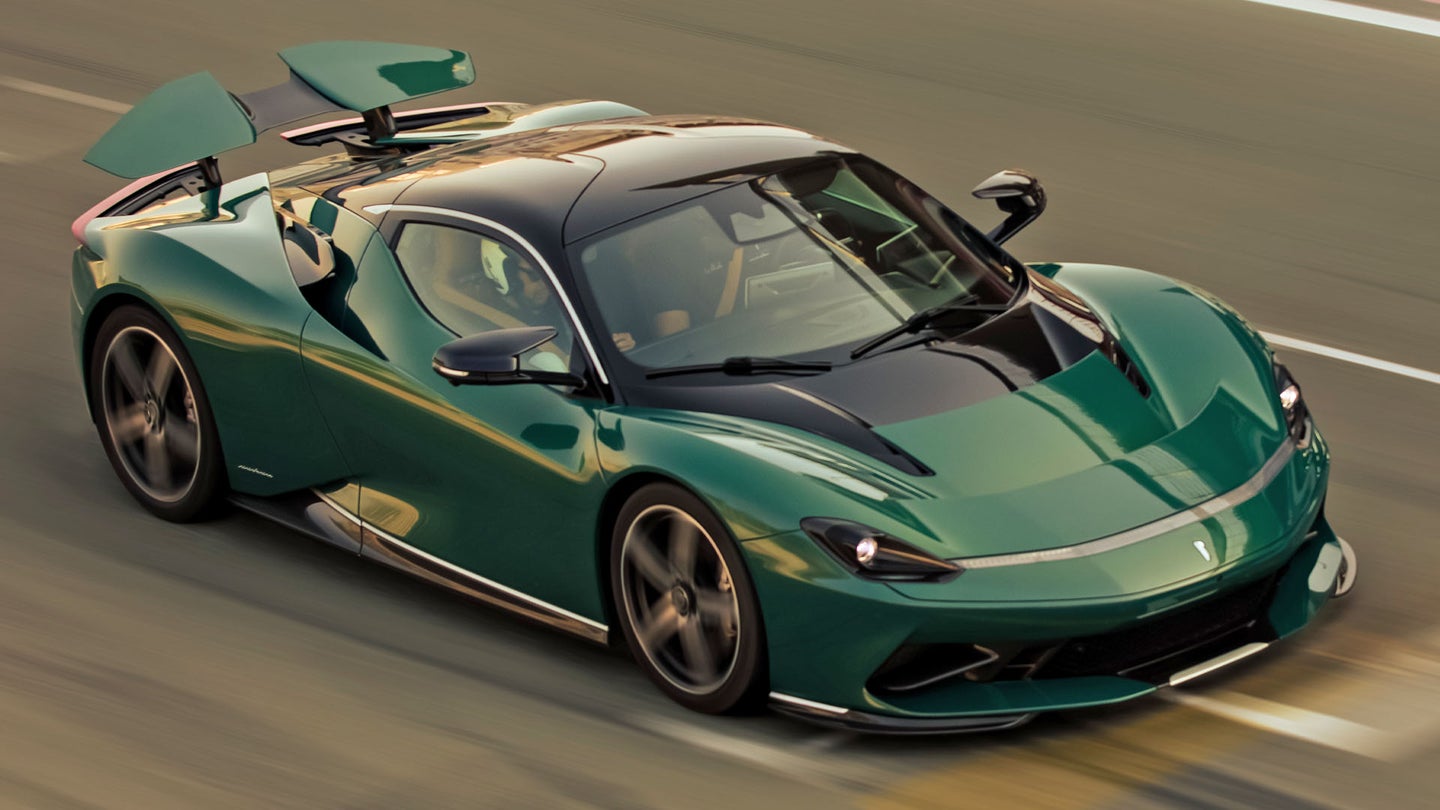 Electric vehicles are getting supremely quick with boutique hypercar makers including Rimac popping up. It should be no surprise, then, that the Pininfarina Battista—effectively a restyled Rimac Nevera—has breathtaking hustle. Seeing the actual numbers is still pretty shocking, as the 1,900-horsepower monster hits 60 mph in just 1.79 seconds.

That’s quicker than a Tesla Model S Plaid, for what it’s worth. It can also accelerate to 100 mph in just 4.49 seconds, which is pretty… uhh… pretty aggressive.

These times are out-and-out world record-breaking. The stopping power of the Battista is also claimed to be the best in the world for an EV. It can stop from 100 kilometers per hour (about 62 mph) in just 31 meters or 101.7 feet. That’s in the territory of seriously good ICE performance cars; a new Corvette Z06 stops from that distance in 95 feet while being drastically lighter.

The Rimac Nevera’s official performance figures aren’t quite as impressive, but it’s so close it’s almost meaningless. The Croatian automaker claims its version of the hypercar can achieve 60 mph in 1.85 seconds. In reality, the difference in times likely boils down to something like surface preparation or ambient temperature. The Battista shares its entire drivetrain with the Rimac, so there’s no special hardware giving the Italian car its extra oomph on paper.

Along with its incredible performance, the Battista is also capable of netting a 300-mile range. Electric supercars, when they’re not performing their epic feats of face-melting acceleration, are quite capable of being reasonably efficient. They’re generally light as far as EVs go, and their larger battery packs certainly help.

If you’d like to experience this kind of performance without being a multi-zillionaire, a Model S Plaid is almost there and a lot more accessible. Alternatively, you could just buy a Battista. Who doesn’t have $2.2 million burning a hole in their pocket these days?

The post The Pininfarina Battista Is Now Officially the Quickest Production Car in the World appeared first on The Drive.