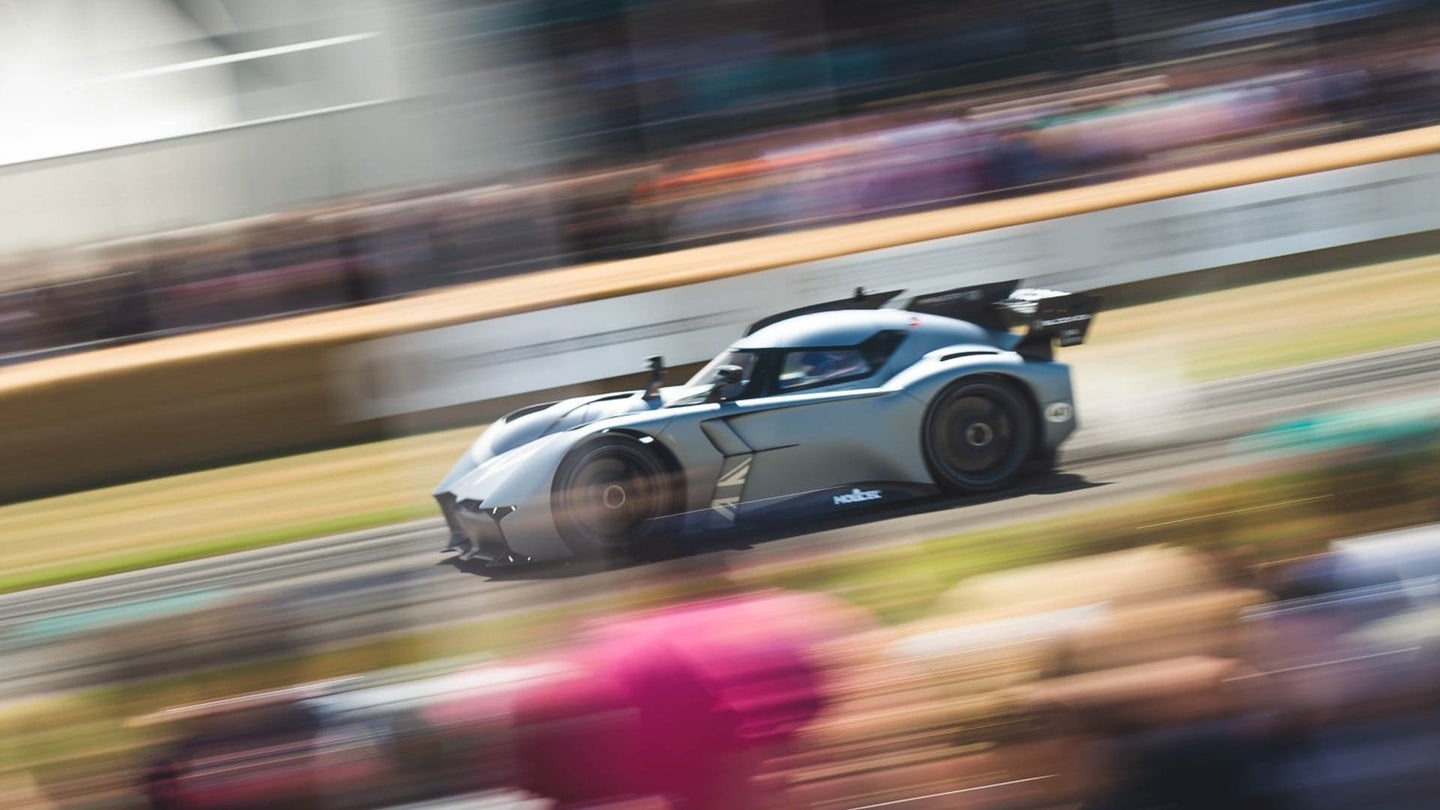 The all-time Goodwood Hill Climb record was broken this past weekend by the McMurtry Speirling fan car with a time of 39.08 seconds. The footage from its hill climb almost looks sped up; cars shouldn’t be able to move that quickly. Such a car is certainly too fast and too intense for the road, right? Apparently, McMurtry doesn’t think so, as a street-legal version of the Speirling is on the way—and it’s even bringing the fan with it.

During an interview with Autocar, McMurtry Managing Director Thomas Yates confirmed that a road-going variant will be built.

“We want to provide something that you can drive through the center of London, and then take onto a track,” Yates said. That makes it sound as if the road-going Speirling will still be primarily a track car, just one that you don’t need a trailer to transport.

“It will never be the most comfortable over speed bumps, but that’s not really the point. The point is you have this unbelievable, loud, exciting, electric, really compact car that you know will be the fastest [car] at any track day you attend,” he added.

For the most part, the street-legal version of the Speirling will be the same as the current track-only car. That means its nearly 1,000 horsepower powertrain and sub-2,000 pound curb weight will likely make it to the road. According to McMurtry, the Speirling track car can do zero-to-60 miles per hour in 1.5 seconds and zero-to-186 mph in nine seconds flat.

Even more interesting is that it will keep its fan, similar to the ’70s Brabham BT46 F1 car or Gordon Murray’s upcoming GMA T.50. The fan is used to suck air from underneath the car, through its diffusers, and blow it out through the back end. McMurtry claims the fan is so effective that it generates 4,409 pounds (2,000 kilograms) of downforce at a standstill. McMurtry says the fan will only operate when in track mode, but unless it’s geo-fenced to pre-programmed tracks, what’s to stop customers from using track mode on the road?

As awesome as the fan could be, I can totally see owners finding a way to engage track mode, and the fan, to show off on the road and unintentionally machine-gunning debris into the windshields of cars behind them. In McMurtry’s defense, it’s unlikely stones will come through the fan, as even the old school Brabham F1 car—whose crude device acted like a vacuum cleaner, sucking the car to the pavement—barely threw stones, as its airspeed was only 50 mph. And Gordon Murray’s T.50 fan doesn’t throw stones at all, due to the steepness of the diffusers underneath the car and the fact that the airflow passes through a filter. Still, we don’t know much about the Speirling’s fan and how it works, but if it’s capable of generating SUV-on-the-roof levels of downforce, it might work more like the vacuum-style Brabham fan car rather than the T.50.

McMurtry hasn’t announced an exact price just yet but did say it would cost seven figures and only a “handful” would be made. But for those lucky few rich people, the road-going Speirling will be the closest thing to a real-life Batmobile anyone can buy, with its single-seat layout and Tim Burton-style design. It might not spit flames out of the back, but it could shoot rocks.

Got a tip? Send it to: [email protected]

The post The Record-Breaking Goodwood Electric Fan Car Is Getting a Street-Legal Version appeared first on The Drive.