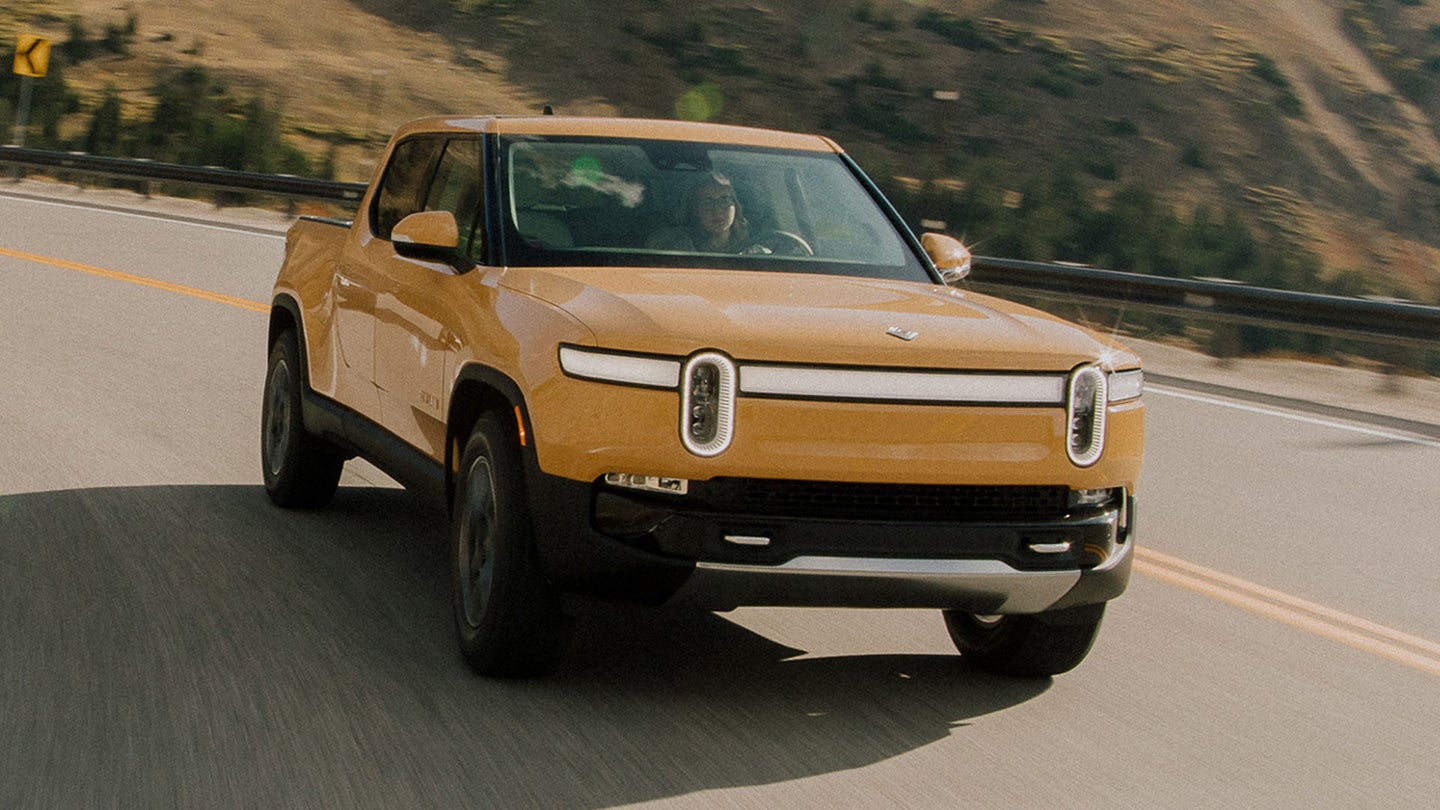 The Rivian R1T is the quickest pickup truck in the world, capable of launching to 60 mph in three seconds flat. Thanks to its four electric motors making 835 horsepower and 908 pound-feet of torque, the R1T’s acceleration is nothing short of gut-churning. A quick YouTube search will provide plenty of examples of its lunch-ejecting launches. Now, imagine that, but in reverse.

Pro racer and Rivian R1T owner, Daniel Goldburg, posted in a Rivian owner’s Facebook group about how the electric super truck will use its launch control in reverse. After an IMSA test day, Goldburg wanted to show some of his team members just how hard the R1T can accelerate. He crammed people into his truck, backed out of his parking spot on the paddock, and activated launch control. Except he forgot to put the truck back in drive. So when he launched, he startled himself and all of his passengers and immediately slammed the brake pedal. He doesn’t know what sort of speeds he hit in reverse, as he was more focused on braking, but judging by how quickly the truck can accelerate, he reckons it was close to 30 mph.

A few other Rivian owners commented on the post, claiming to have experienced similar reverse speeds. Other owners, both in the Facebook group and on Rivian forums, noted that the R1T is speed-limited in reverse to around 15 mph. That may be true, but if the truck will full throttle accelerate in reverse, it’s going to get up to that speed limit incredibly quickly, which could be problematic in tight spaces. Goldburg told The Drive that, in his professional opinion, it felt like it launched just as hard in reverse as it does going forward, or at least close to it.

Of course, such an incident would require the driver to reverse to a spot, engage launch control, and forget to put it back into drive. Goldburg also says that the R1T isn’t that violent without launch control, so owners won’t have to worry about reversing normally. However, the car shouldn’t allow launch control in reverse and should prompt the driver to put the car in drive before launching. We’ve reached out to Rivian for comment and will update this story when we get one.

The post The Rivian R1T’s Launch Control Works in Reverse appeared first on The Drive.