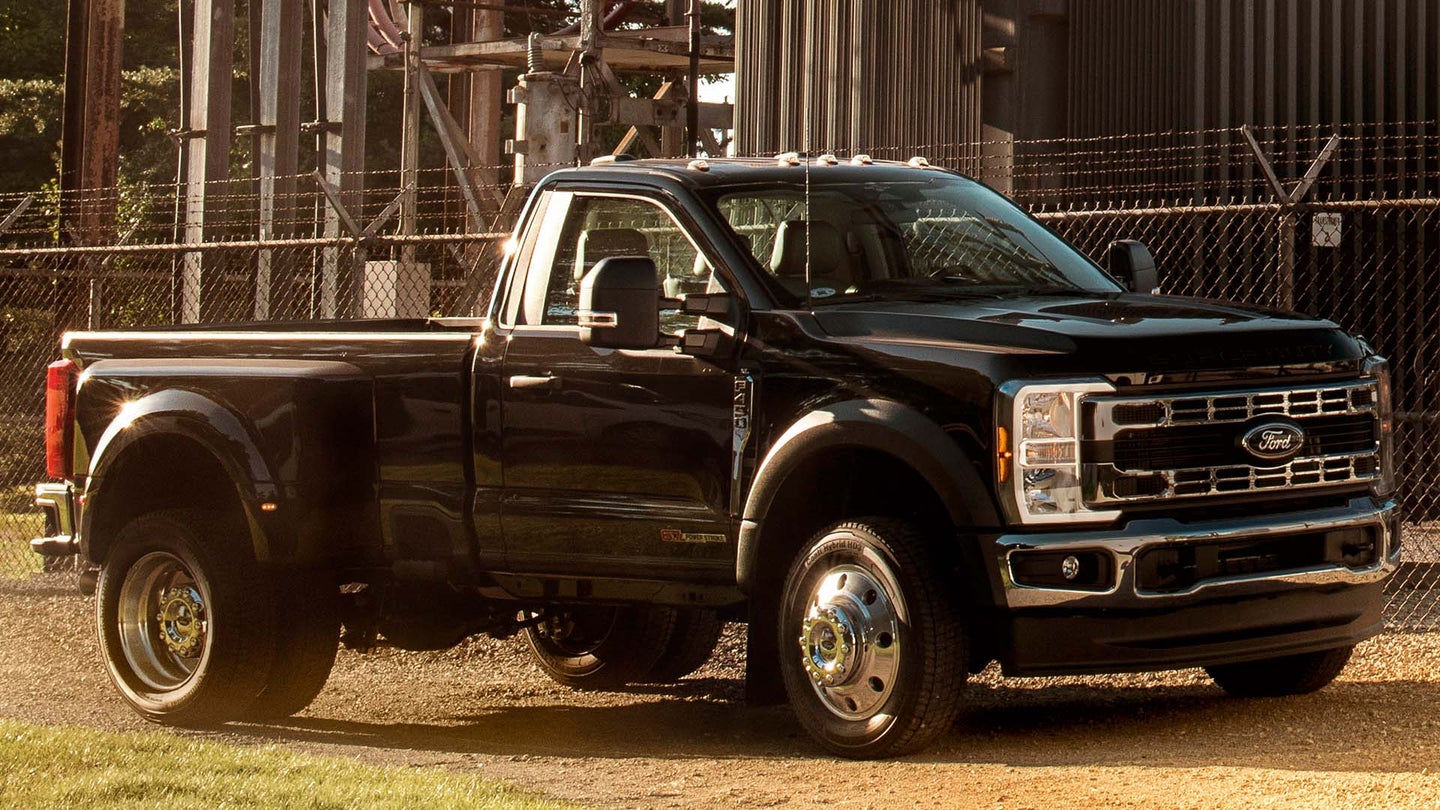 Now that I’ve slept on the 2023 Ford Super Duty’s redesign, I think I’m OK with it. I’ll make up my mind for good when I see one in person, but there’s at least one spec that definitely works for me already. It’s the single-cab F-450 that Ford snuck into the back of a press photo, complete with polished wheels and slick black paint. It just doesn’t get any better than that.

Traditionally, this is the hardest working setup, period. There isn’t a detailed spec sheet for this exact truck, but you can tell from the badge on the door that it has the 6.7-liter Power Stroke diesel. It might even be the new high-output variant Ford is rolling out with a bigger turbo and upgraded exhaust manifolds. It likely has the 4.30 rear end, making the most out of its claimed best-in-class torque, which would put it above 1,075 pound-feet. Plus, it’s the base XL trim, meaning it’s all business inside. Vinyl seats, anyone?

Ford hasn’t revealed any official numbers for the 2023 Super Duty’s engine output, towing capacity, or payload limits, but I’ll be surprised if it’s any less capable than the current one. It’s reasonable to expect that this truck could tow a nearly 40,000-pound gooseneck trailer; the outgoing truck can manage 37,000 pounds in 4×2, single cab spec already. That makes this one hard-working pickup.

If you ask me, it also looks great. I’d rather have these halogen headlights than the funky LED outlined lenses, and the simple grille design works best here. With that paint, those wheels, and that much power under the hood, I can’t help but imagine one in my driveway. Wonder how much it costs…

Oh, and if you’d rather it have the 7.3-liter pushrod gas V8, I wouldn’t fight you there, either.

The post The Single-Cab Dually 2023 Ford Super Duty Looks Like an Absolute Hoss appeared first on The Drive.