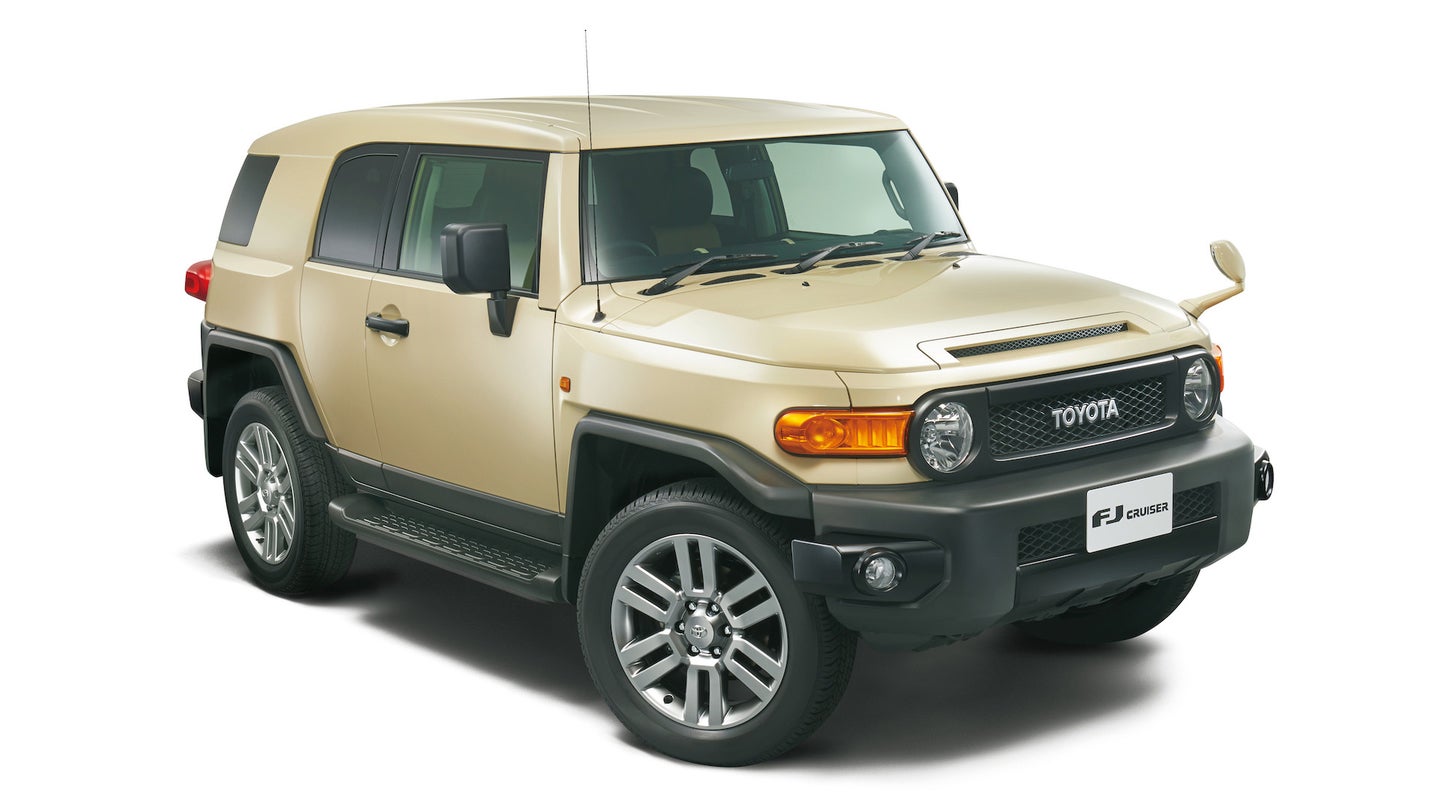 Exiting the U.S. years ahead of the retro off-roader craze, the Toyota FJ Cruiser is now a hot commodity. The SUV wasn’t really discontinued though and remained available in Japan until 2018. In fact, it’s still sold in the Middle East now. But it’s all coming to an end at last with the 2023 Toyota FJ Cruiser, which will get a limited-availability “Final Edition” that’ll see the neoclassic off-roader out after 15 years.

Toyota’s official Middle East distributor Abdul Latif Jameel Motors, announced the models and has sold Toyotas in the region since 1955. The company declared last week that the FJ Cruiser will finally be discontinued in December, and commemorated with a 1,000-unit run of the Final Edition. It’ll be denoted by a special, serial badge, a unique combo of beige paint, upholstery, and interior trim, and a “special black coating” found throughout. It sounds almost exactly like the Final Edition that was sold in Japan in late 2017 (photos of which we’ve included here), which also indicates standard 20-inch aluminum wheels and running boards could be on the table, too.

The 2023 FJ Cruiser otherwise remains the SUV we remember; an almost untouched time capsule from the late 2000s. Its 4.0-liter V6 makes 268 horsepower and 280 pound-feet of torque, which it sends through a five-speed automatic transmission to part-time four-wheel drive with an electronic locking rear differential. The send-off model will be sold this quarter through Abdul Latif Jameel Motors in Saudi Arabia, and then this quaint SUV is going away for good.

Or, at least until 2032, when they get old enough to import from abroad, and we can start buying the ones that are left in the Middle East. Maybe we can offer to trade them some of our old land yachts—they certainly have a taste for them.

The post The Toyota FJ Cruiser Is Finally Going Away After More Than 15 Years appeared first on The Drive.