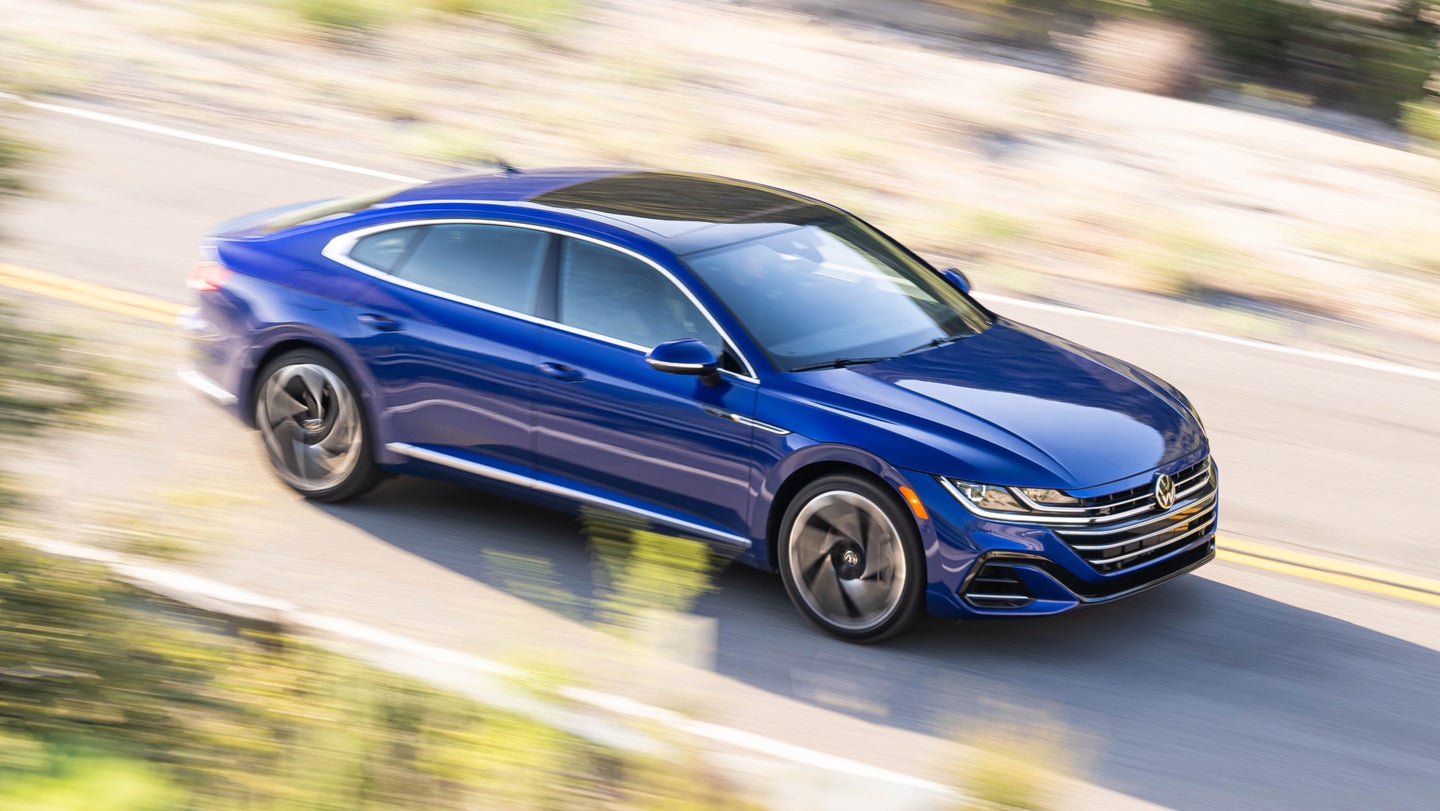 Volkswagen will discontinue the Arteon in 2024 in the U.S. sedan lineup, Automotive News reported. We’ve reached out to VW but haven’t yet heard back.

VW’s flagship Arteon sedan has had a relatively short run after issues with emissions testing delayed its U.S. arrival until 2019. Even now, we still miss out on the cooler versions offered abroad, such as the sleek wagon version and the high-performance Arteon R trim.

Ending its run in 2024 feels sadly fitting for a flagship Volkswagen sedan, as a lot of VW’s top-trim offerings have had relatively short runs thanks to America’s longstanding perception of Volkswagen as a purveyor of more downmarket economy cars. It could be worse, though: by 2024, the Arteon will have survived three years longer than the Phaeton did in the U.S. market, and two more than the Type 4.

Like the “four-door air-cooled, 11 years too late” Type 4, the Arteon feels like it showed up with the wrong drivetrain at the wrong time to be able to stick around longer. The Arteon debuted amid Volkswagen’s big shift towards EVs, and its replacement is the fully-electric ID Aero sedan, a sleek Passat-sized sedan with a Lucid Air-like fastback-profile roof.

According to Automotive News, Volkswagen told its dealers the ID Aero will be a third EV built in Europe based on its MEB architecture. Dealers were told to expect “impressive range” from the sedan, which will be more aerodynamic than its MEB platform-mates, the ID Buzz and ID 4. Per Automotive News’ sources, the ID Aero is set to go on sale in the U.S. in 2024, right as the Arteon is on its way out. Puzzlingly, it’s unclear why VW would import an EV that may not qualify for federal tax breaks, or after they’ve committed to building electric cars and batteries in the U.S.

The post The VW Arteon Will Die in 2024: Report appeared first on The Drive.