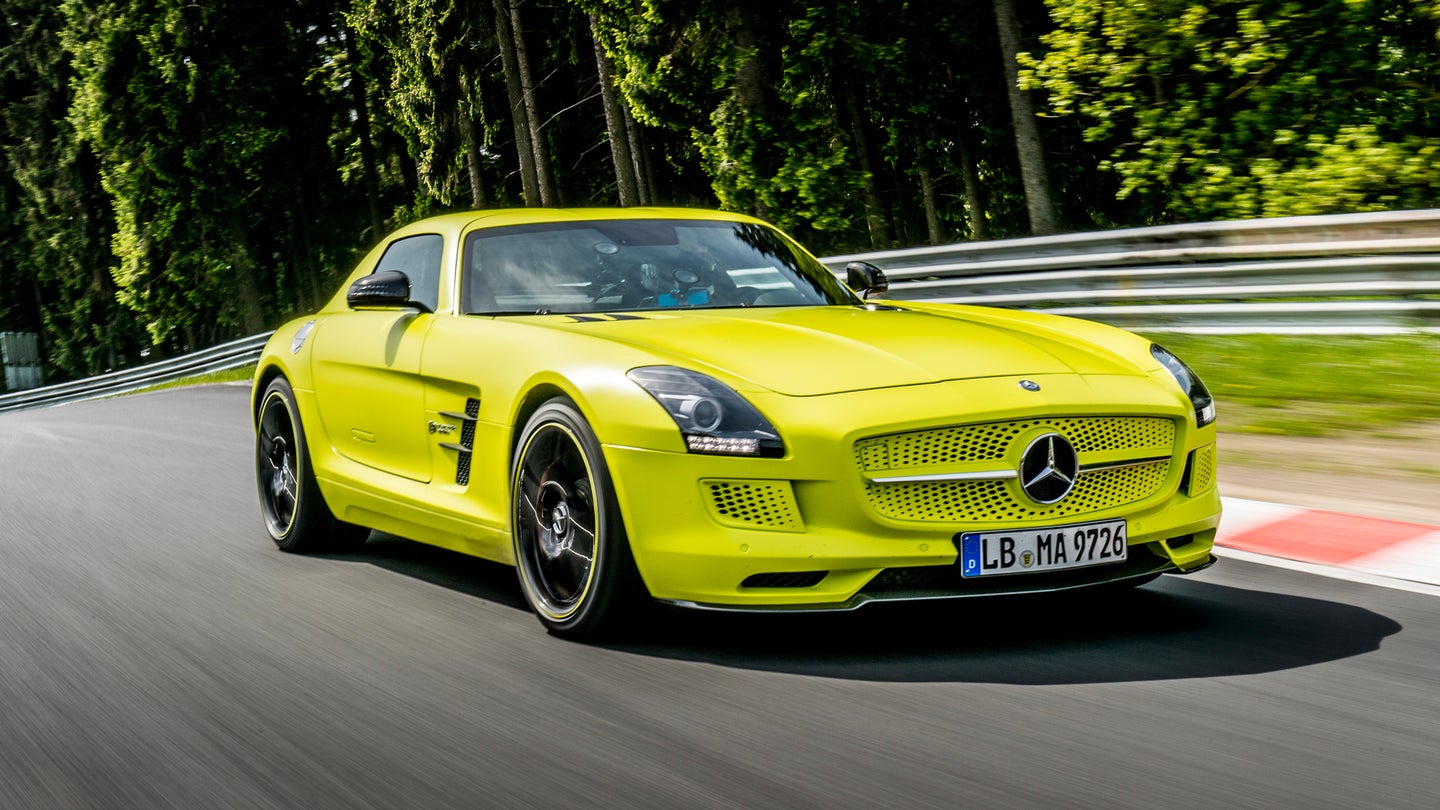 According to a Mercedes-Benz Chief Design Officer Gorden Wagener’s Instagram post, the company is set to release a high-performance electric concept car under the Mercedes-AMG brand next week, which is reportedly set to debut in 2025. The teaser post was echoed by Mercedes-Benz CEO Ola Källenius, who spoke at the Financial Times’ Future of the Car Summit, revealing AMG’s electric intent, per Autocar.

“Next week, we will show what we think the electric performance world will look like when it’s made by AMG,” said Källenius. “That’s hot off the press for you today, so stay tuned for some announcements that we will make next week. We will give you a glimpse of AMG performance as all-electric.”

Up until this point, AMG has yet to produce a proper, high-performance electric car, only the super-limited, slightly experimental SLS AMG Electric Drive from a decade ago. While the Mercedes-Benz EQ has an AMG variant it’s not a purpose-built high-performance machine. Whatever AMG has planned, it seems like it will be some sort of purpose-built performance car with classic mid-engine proportions.

Mercedes-Benz wants to launch three electric platforms by 2025. However, with current supply-chain bottlenecks, EV automakers like Volkswagen are struggling to keep up with demand for all EVs.

The COVID-19 pandemic, the current Ukraine/Russia military conflict, and the semiconductor shortage have wreaked havoc on manufacturing across the globe. Thus, EV production has drastically slowed down for all brands. Automotive News Europe reports that Källenius is aware of the supply chain issues most EV automakers are facing. “That’s largely true for us as well.”

Despite that, it seems Mercedes-Benz feels as though these tough times won’t last long. Mercedes is planning on a $42.2-billion investment into EV tech between now and 2030. According to Källenius, part of that investment, and one of the three electric platforms Mercedes-Benz wants to launch, is a dedicated performance car for AMG. “We are now in full development of a fully dedicated electric architecture for AMG, from the ground up.”

Mercedes-AMG is likely going to tease that very architecture next week, which will give the brand a unique position among its competitors, like BMW and Audi, who haven’t revealed any true electric performance cars yet.

The post There’s a Mercedes-AMG Performance EV Coming Next Week appeared first on The Drive.