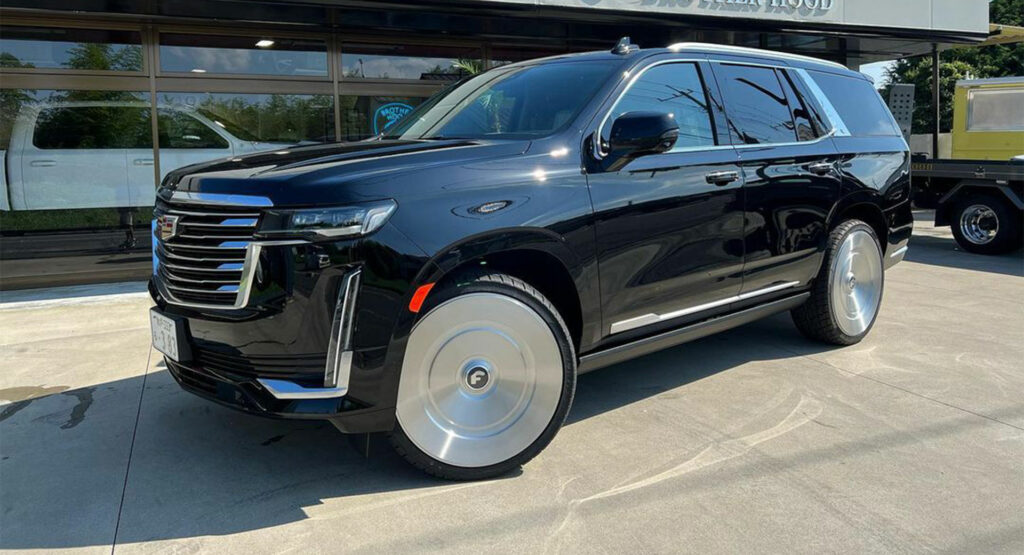 If you want an SUV that makes a grandiose statement on the road, the Cadillac Escalade is hard to beat and this particular example is even more outlandish than most.

This Escalade was recently worked on by the guys over at Brother Hood, a car customization shop in Ibraki Mito City, Japan and has been fitted with a set of wheels from Forgiato.

The rims in question are known as the OG26 dish wheels and as the name implies, measure a massive 26-inches at all four corners. Of course, it isn’t the size of the wheels that is the thing that immediately makes them stand out. Instead, it is the fact that they are made out of a solid piece and don’t have a traditional spoke design.

Read Also: This Armored Cadillac Escalade Will Entertain You While Keeping You Safe From Bullets And Grenades

This isn’t the first time that we have seen a luxurious SUV riding on a set of these intriguing wheels from Forgiato. Back in early 2020, Forgiato installed a set of its ‘Cactus Jack’ wheels on the Mercedes-Benz G-Class owned by Kylie Jenner. These wheels were a little different to those fitted to this Escalade but had the same basic solid design.

Taking into account the size and design of these wheels, we suspect that they are made from forged aluminum to help keep the weight down. If not, they would add a huge amount of unsprung mass to the Escalade and negatively impact the way that it drives.