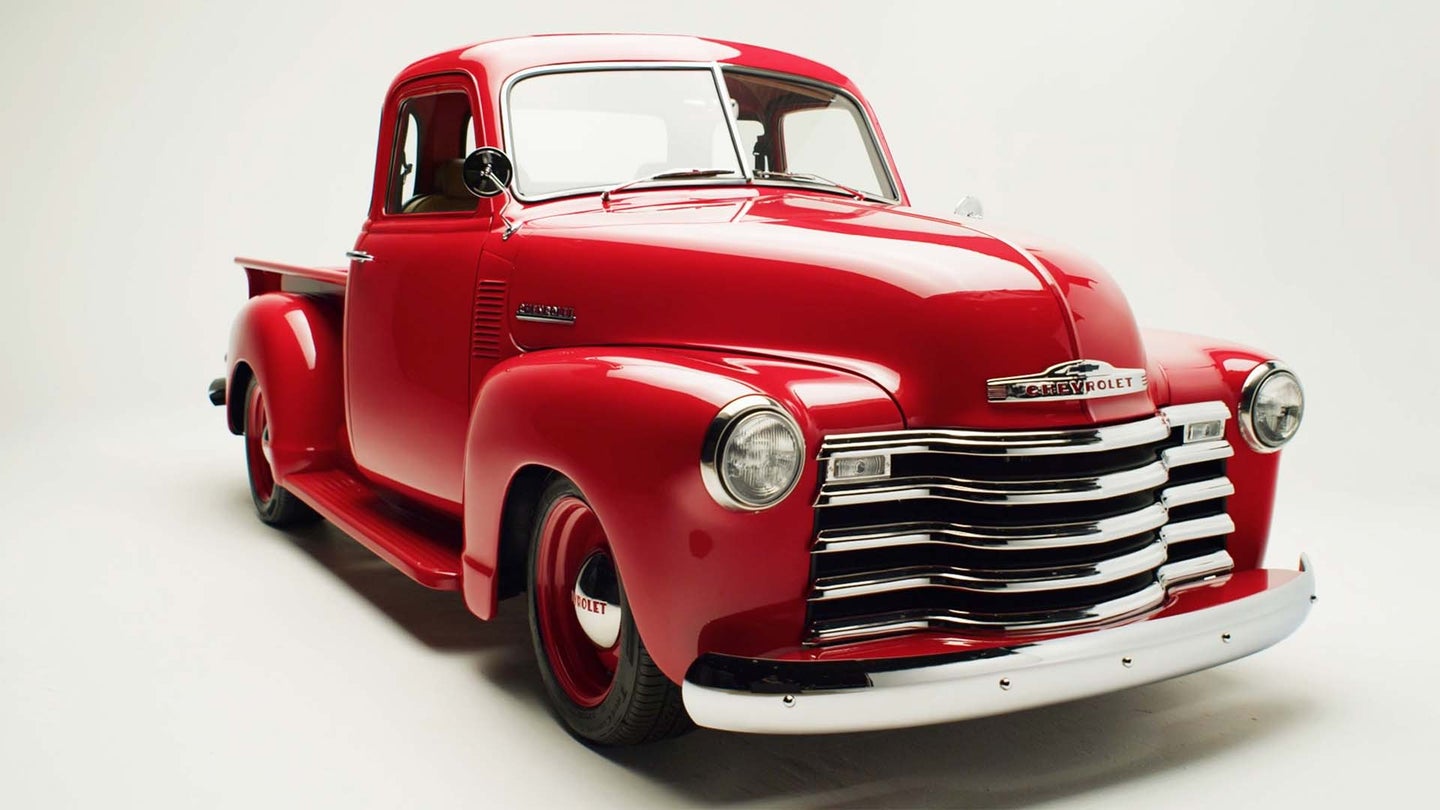 Believe it or not, there are more than a few ways to spend six figures on a restored classic pickup truck. They usually come in the form of a ’60s or ’70s icon that’s lifted with a modern V8 and fancy suspension, which is great. But Kindred Motorworks is taking a different route by turning 1947-1953 Chevy pickups into battery-powered barnstormers with classic looks and a 294-horsepower electric motor.

This won’t be everyone’s cup of tea, I understand. Realistically, though, you can still get your internal combustion fix any old way by sourcing a truck, fixing it up, and dropping in some kind of small block. Kindred Motorworks is doing much more than that by expertly incorporating a 74-kilowatt-hour battery pack under the hood, giving each high-dollar rig a range of roughly 200 miles. That’s not bad for a cruiser.

Handily, the truck uses this juice in more than one way. It also has a 6.6-kilowatt onboard charger that’s accessible in the bed, giving it a sense of utility to boot. No one’s going to do real work with these at that price, but still, knowing you can use them as a tool is a plus.

As you’d hope, it’s got four-wheel disc brakes to help with stopping, as well as an electric parking brake. The front suspension is a double-wishbone setup, helping it handle more like a 21st-century toy and less like a farming implement. Kindred Motorworks doesn’t make any extraordinary promises when it comes to outright speed, acceleration, or cornering performance, though I think that’s for the better. It’s time we stop acting like everything has to be wicked fast to be fun.

Instead, the fun in these old-school Chevys comes from the unmatched style. No one has reinvented the design; instead, the lines stay true to the original with eight paint options that are all pretty sharp. If it were me, I’d spring for the seafoam green scheme. It just looks right.

You won’t get one for cheap—I already mentioned the $159,000 starting price—and you won’t exactly get one soon, either. Kindred Motorworks plans for these to go into limited production in 2024, and in the meantime, it’s accepting $1,000 refundable deposits to get the builds going. If you’re totally sold on one, it’s a good idea to get on the list now, but nobody would blame you for waiting two or three years before pulling the trigger.

The post These $159,000 Electric Chevy Pickup Restomods Are Coming in 2024 appeared first on The Drive.