These Amazingly Intricate Rally Models Came From Lockdown and Passion 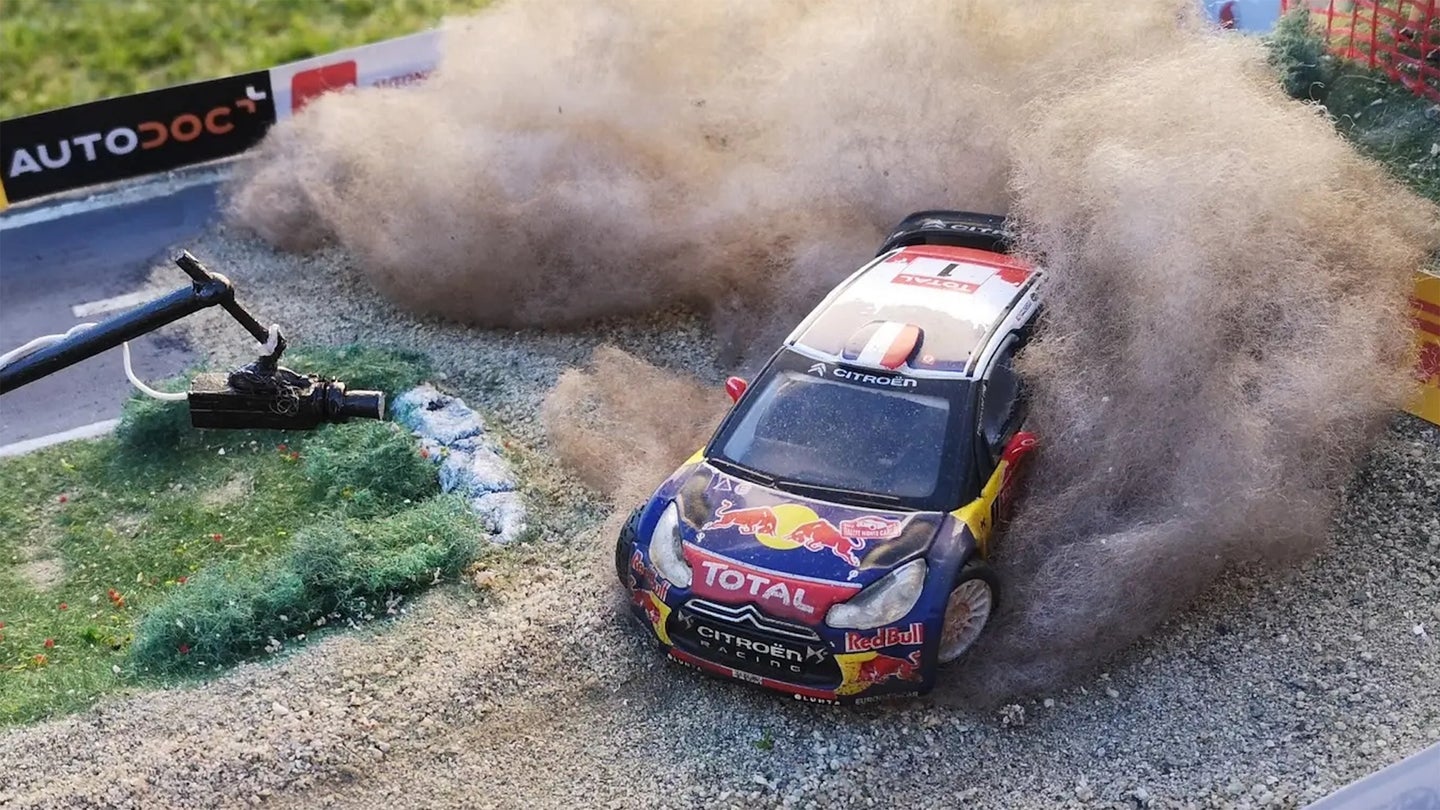 Like most of us in 2020, Pedro Gonçalves found himself with some extra time on his hands. Locked down at his home in Trofa, Portugal, near Porto, he had quite a bit of spare time, a passion, and needed a hobby.

“In Portugal, you can only be a soccer fan and a rally fan!” he told me. “I like and follow rally as often as I can. I am no expert, but I enjoy going and watching rally.”

Passion? Check. Time on his hands? Check. Hobby … that’s pretty evident by these photos. After helping his daughter in 2016 with a school project—making a diorama of a Roman aqueduct—and the positive response he got, the proverbial light flicked on. Gonçalves could apply his model-making skills to soccer or rally dioramas. Luckily for us, it’s rally.

Gonçalves has created more than a few dioramas of famous rally stages and scenes, many near his home in Portugal. His last, a water feature at Charco do Seixoso was his toughest yet, he said. “The water splash and the pool was very difficult to get it to work. I had to make many attempts; [I had to] make and remake until I could say it’s perfect,” he said. The multimedia creation uses dozens of materials and takes hours to complete. He even sources dirt to look as close to real as possible.

It’s a hobby for Gonçalves for now, although he’s been commissioned by rally drivers such as Škoda’s Jose Lameiro to make models of their stage drives. Although he’s made many models of Portugal stages, he’s also created scenes from Monte Carlo, Wales, and others. His favorite remains the first he’s made, a model of the Salto de Fefe stage near Serras de Fefe, the long jump at the end of the Portugal rally with a helicopter behind the car.

Gonçalves says he can have up to three models going at a time, and each one takes him about four weeks to complete. He said he’s always up to create more, although his schedule is understandably filling up quickly. You might be wondering: How many sourdough starters have I sold since lockdown? Well … mind your business.

Pedro’s better than me. Is that what you wanted to hear?

The post These Amazingly Intricate Rally Models Came From Lockdown and Passion appeared first on The Drive.