These Are The Riverine Patrol Boats Ukraine Is Getting From The U.S. 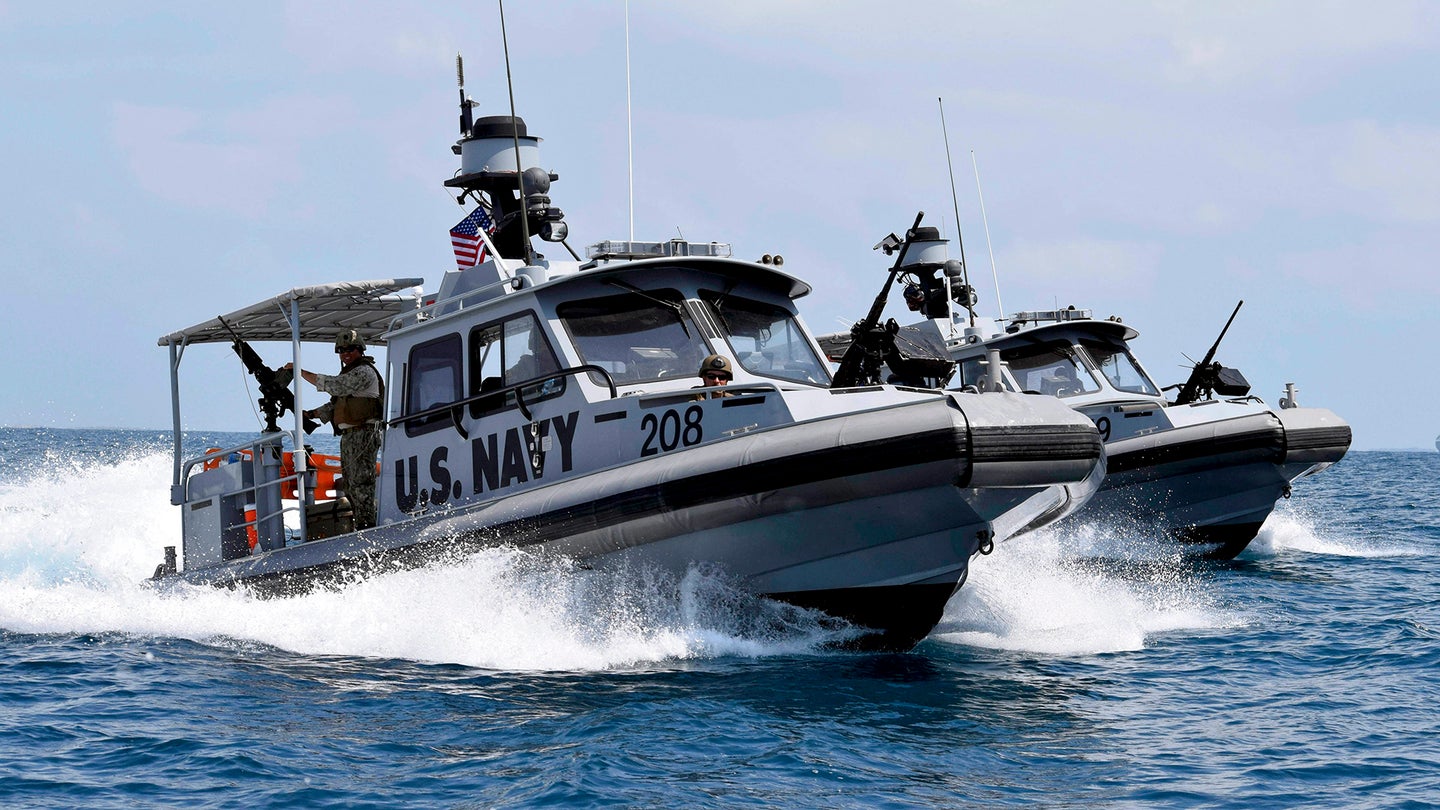 The Pentagon has provided more details Friday about the 18 boats heading to Ukraine as part of the most recent $450 million drawdown of U.S. arms provided to that embattled nation.

“These are largely to protect the riverways and to enable Ukraine to maintain its control of the riverways,” a senior U.S. defense official told reporters Friday morning. “They can also be used in close-in coastal areas.”

The Small Unit Riverine Craft, like those used by the Marine Corps, can transport infantry squads of up to 13 troops to support operations on inland waterways as well as in a variety of conditions on the open sea, according to GlobalSecurity.org.

Their main function is to provide” tactical mobility and a weapons platform” in a riverine environment. “The SURC provides the mobility, speed, endurance, firepower, payload, survivability, and command and control capabilities to support sustained operations in a water-dominated environment.”

The SURC can go from zero to 25 knots in 15 seconds, with a top speed of 40 knots. It is commonly outfitted with twin 440 horsepower six-cylinder diesel engines. It also has a range of 250 nautical miles.

The Sea Ark Dauntless is an aluminum vessel with a deep vee hull design, according to its manufacturer, U.S. Watercraft. It has a 12-foot beam, 3.2-foot draft, and can carry up to seven tons with a maximum 850 horsepower. These boats are very commonly used for force protection in port areas where Navy ships operate from.

While the Pentagon would not specify which 40-foot combat patrol boat is being shipped to Ukraine, Naval Sea Systems Command purchased six 40-foot Riverine Patrol Boats in 2020 for a Pacific ally under a Foreign Military Sales deal, according to Sea Power Magazine. It’s very possible that these are the same type.

This type of vessel is described as “extremely rugged, center console design and are powered by twin Yanmar 440 HP engines and waterjets. They are armed, armored, and have been designed to carry 20 personnel or a typical crew of six with 14 additional troops and cargo.”

Ukraine is in dire need of all these types of vessels, especially to help protect its inland waterways.

Its current riverine force, called the Ukraine Navy Dnipro River Squadron, is made up largely of converted fishing and pleasure vessels, Andrii Ryzhenko, a retired Ukraine Navy captain and former member of that nation’s general staff, tells The War Zone.

That force, he acknowledges, is no match for the vastly superior Russian fleet.

The vessels, he said, will most likely be used in the Dnipro River close to Kyiv.

The list provided by the Pentagon puts to rest speculation that the 85-foot Mk-VI patrol boats, which the U.S. wants to divest itself of regardless, are part of this latest tranche of military aid.

The cloudy future of that vessel is something The War Zone was first to report on and you can read more about here.

Before Russia launched its all-out invasion in February, the U.S. government had approved a potential sale of 16 Mk VIs in a slightly different configuration from the U.S. Navy’s boats to Ukraine and the country’s navy had expected to receive the first three this year.

Ryzhenko said Ukraine could still use the Mk-VIs.

When and if that transfer happens remains to be seen.

The post These Are The Riverine Patrol Boats Ukraine Is Getting From The U.S. appeared first on The Drive.